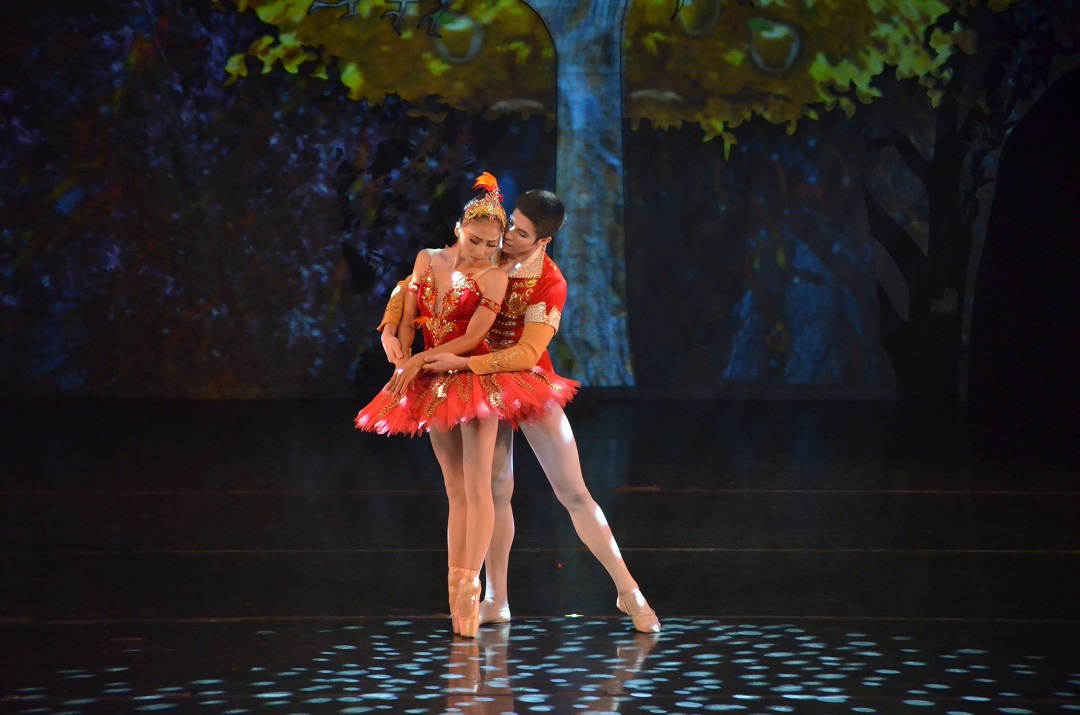 Even someone who has never attended a ballet recognizes the names of the great Russian works,  “Swan Lake,” “Sleeping Beauty” and the “Nutcracker,” and few would dispute that the figures behind these great works – choreographer Marius Petipa, and composer, Pyotr Ilyich Tchaikovsky – were Russians. How strange to imagine that decades after their successful debuts, these ballets were considered too “French” by their compatriots to be considered properly Russian. On the eve of the Bolshevik Revolution, Russian choreographers and dancers were still on the look-out for the first genuinely Russian ballet.

In 1910, when Michel Fokine’s “Firebird” debuted at the Paris Opéra Ballet, they had it. On October 6 at the Aventura Arts and Cultural Center and October 13 at the Broward Center’s Amaturo Theater, artistic director Vladimir Issaev and the dancers of the Arts Ballet Theatre of Florida will open their 2018-2019 season with a full-length production of this lush, enigmatic work. Set to the music of Igor Stravinsky and a libretto rich in motifs from Russian folk tales, “Firebird” tells the story of an enchanted Oriental bird that aids a tsarevitch to defeat an evil magician and break the enchantment of the Princess he, of course, loves.

Artburst caught up with the company rehearsing the moment when Prince Ivan, danced by Johnny Almeido, has successfully concluded his hunt for the Firebird, pinning the arms of Mary Carmen Catoya at her sides, who continues fluttering frantically en pointe.  He holds her tightly for a moment then releases and steps back.  The two dance a pas de deux rich with press lifts, pirouettes en dehors and turns that end with a snap into a sharp arabesque or attitude.

Visually striking is Catoya’s theatricality, most evident in her facial expressions that alternate from resistant to haunted.  When asked how she prepared, Catoya emphasized the importance of making the role her own: “I do this not only by watching the movements of the birds and working in front of the mirror, but also knowing the story so it can be transmitted to the audience. It is a challenging role, which requires a strong technique, a lot of artistry and interpretation to bring its magic and essence to the stage. Definitely an extraordinary role to dance with Arts Ballet Theatre of Florida to open our season.”

When asked how his version of the “Firebird” differs from other versions of the ballet by Balanchine or the more recent update by American Ballet Theatre choreographer Alexei Ratmansky, the Siberian-born Issaev emphasized that the ABTF production strikes a compromise between his roots in Russian classical ballet and the neo-classical vocabulary contemporary South Florida audiences know well.

“I would not call my version ‘unique’ but ‘authentic,’” says Issaev. “My version is danceable, not static like the old ballets. Today we have a new and wider balletic vocabulary. I tell the story of the Firebird (a story based on several Russian folk tales) following the music of the genius Stravinsky, which in this particular case is very illustrative. If you have some knowledge of Russian music and Russian history you will enjoy even more the narrative of the ballet.”

The dancers then rehearse Vicente Nebrada’s “Pentimento,” a definite must-see of ABTF’s program I.  Former Venezuelan dancer, choreographer, and artistic director of the National Ballet of Caracas, Nebrada’s choreographies usually feature unbroken flows where the ballerina is kept off balance and in continuous motion by her partner who, channels her from turns into lifts that spill over into new sequences.

For those who know the choreographer’s work this makes “Pentimento” even more surprising. This is one of the earliest pieces by Nebrada, which may explain why the work at times presents like a series of photographic stills. Over and over the motion slows to focus on the motif of the ballerina in arabesque or attitude being pivoted slowly in place by her partner, as if to mimic the choreographer slowly turning over his subject matter in thought.

Pentimento, in Italian, means repentance, and it refers to the effect in painting where the artist’s final composition leaves behind visible signs that at some point they changed their mind about the work, a different version of the painting still apparent beneath the top layer of the paint.

Ruby Romero-Issaev, ABTF’s executive director, sees in the piece Nebrada’s attempt to wrestle together two very different mediums: “Nebrada here was focused on the elements of the costuming and the painterly elements like foreground and background.  I think he was matching the art of painting with the art of choreography. When you see the full costuming, you will notice how much attention he paid to the colors and how they complement and contrast.”

Arts Ballet Theatre’s Program I opens at the Aventura Arts and Cultural Center, 3385 NE 188th St., Aventura), October 6 at 7:30 p.m. and October 7 at 3:00 p.m. and the Broward Center for the Performing Arts, Amaturo Theater, 201 SW 5th Ave., Fort Lauderdale on Saturday, October 13 at 7:30 p.m. Info: Tickets at both venues are $35 and can be purchased online at: https://www.aventuracenter.org/events/detail/abt1819-firebird and https://www.browardcenter.org/events/detail/abt1819-program-1 .