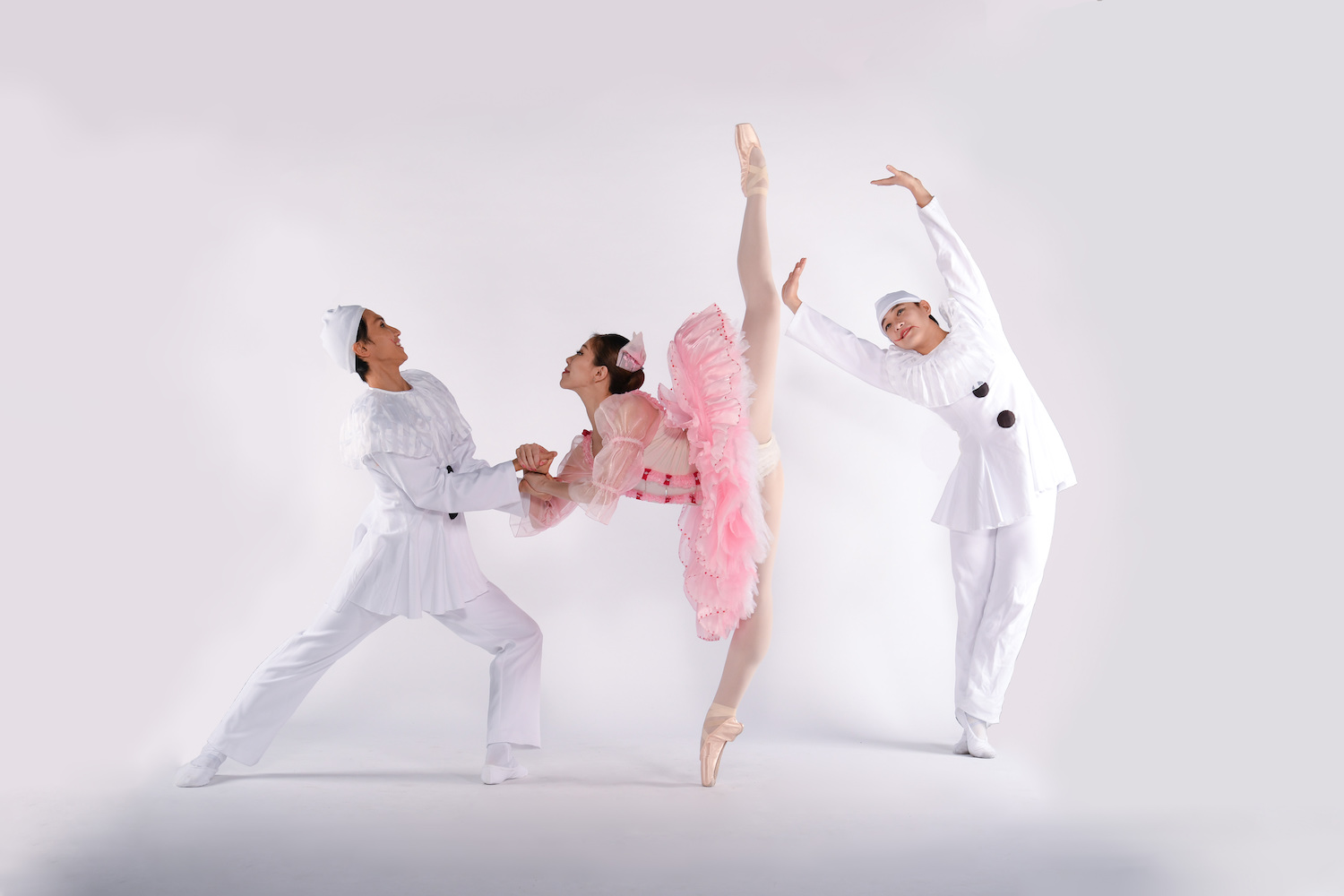 After months of cancellations forced by the pandemic, South Florida dance companies are showing signs of rebirth this season with a steady string of carefully staged indoor and outdoor productions.

As the latest offering, Arts Ballet Theatre of Florida will present “Fairy Doll” at the Miami Theater Center in Miami Shores on March 6 and at the Broward Center for the Performing Arts in Fort Lauderdale on March 13-14.

This Arts Ballet Theatre production features original choreography by the company’s artistic director, Vladimir Issaev, who admits he chose to rework this particular ballet for its lighthearted storyline.

“Why this ballet now? We need this right now – we need to relax,” Issaev said. “No one kills someone in a fight in it. There’s no black swan who steals the boyfriend. This is an easy story.  This is a happy ballet with no drama.  It’s about two guys in love with one girl, and there’s magic and a lot of fantasy.”

The work’s libretto may be meant to relax audiences, but his choice of ballet also communicates Issaev’s serious passion for dance history.

Set to music by Austrian composer Josef Bayer, “Fairy Doll” is a two-act, comic ballet based on the story “The Sandman” by E.T.A. Hoffman. The main protagonist brings to life the dolls in a toy shop. The story that unfolds shares features of its libretto with other 18th–century, Hoffman-based ballets such as “Coppelia” and the “Nutcracker.”

“[Issaev] is always trying to keep these old ballets alive,” said the company’s executive director and his wife, Ruby Issaev. “He loves and respects contemporary dance, but he insists that classical ballet shouldn’t die. When we travel, he likes to search for information on these old ballets.” 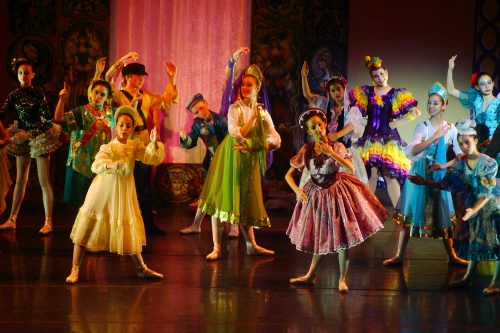 When the shop owner leaves, the dolls come to life in “Fairy Doll.” (Photo courtesy of Patricia Laine)

And this ballet has deep roots. First performed in Vienna in 1888 as “Im Puppenladen” (“In the Doll Shop”), the libretto of the “Fairy Doll” reflects the 18th-century obsession that bourgeois European audiences had with early robotics. Crowds flocked to gawk at complicated lifelike animatronics that both served to entertain and fueled theological disputes over the status of the soul.

Though Issaev choreographed much of the current production’s ballet, the closing pas de trois between the fairy doll and two rivals for her affection dates back to an early 20th-century version. To recreate this dance, Issaev relied on notes he took at university as well as his own experiences dancing this ballet in Russia when he was just 7 years old.

“When I studied at the university, we didn’t use video to learn dances,” he said. “At that time, we received ballets mouth to mouth. This is typical of the Russian tradition, which hands down ballets from one generation to the other.”

The ballet opens in a busy toy shop where the star attraction – the fairy doll – fascinates the village children. When the shop closes for the day, it comes to life and animates the shop’s other dolls. The second act unfolds in a series of nationality-inspired couple dances including Spanish-, French-, Brazilian-, Chinese- and Japanese-themed dolls.

When the pandemic began, both the company and the school closed. However, as early as July, Arts Ballet Theatre had returned to its North Miami Beach studio for in-person rehearsals and classes.

Liu acknowledged the hard road the performers have traveled, from lockdowns at the start of the pandemic to the current partial reopening of theaters. But she also identified an unexpected positive to mask-wearing during class and rehearsals: “When I was able to get back into the studio in the summer, it was uncomfortable to wear masks in the class. But now my stamina is getting better. The mask actually helped me to build up my stamina. It is so hard to breathe with the mask. I had more energy than ever during the company’s December performances of ‘The Nutcracker,’ which was the first performance I danced without the mask.” 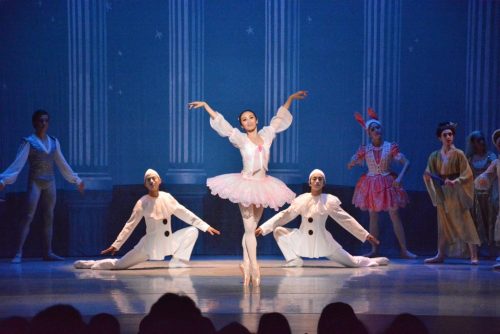 From left to right, Takayuki Asai, Yuki Beppu and Hirofumi Kitazume in a 2015 performance of “Fairy Doll.” (Photo courtesy of Patricia Laine)

The March performances will take place indoors. Audience members will be seated in socially distanced pods, with two or four seats, and required to wear masks.

To maximize safety, the performers receive regular testing and wear masks when offstage or in dressing rooms. Onstage, the dancers perform without masks. Ruby Issaev credits the company’s strict testing and social distancing measures with creating a safe and healthy environment for the company’s classes and rehearsals.

“We are already teaching and practicing such a disciplined artform, and this is why it has not been a stretch for us to add another layer of discipline related to health and safety during the pandemic,” she said. “Discipline is not a punishment – it makes you organized, and that organization makes you free.”

Hong Kong native Janis Liu joined the company as a soloist in 2016 and will dance the current production’s title role. Liu shares Issaev’s opinion that the ballet’s subject matter couldn’t be better timed.

“The ballet is very fun, with a lot of acting and dancing, which makes it easier to follow,” she said. “Since the pandemic started, everyone is stressed out. It’s a way for people to escape.”

To read a preview in Spanish, by our very own Orlando Taquechel, click here.