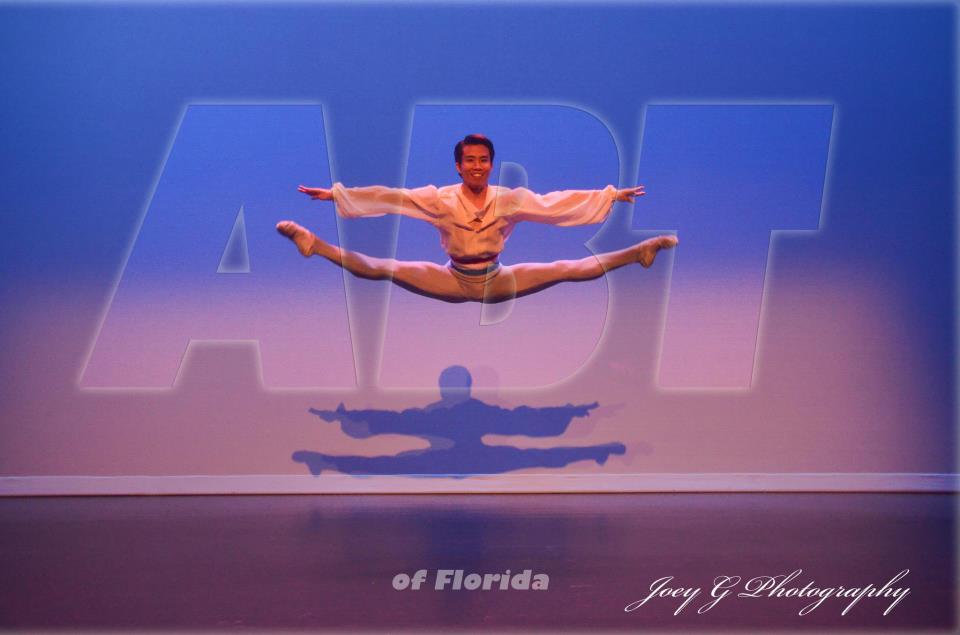 Vladimir Issaev’s dance company, the Arts Ballet Theater of Florida, is about to begin its 2013-2014 season, and “there will be surprises,” Issaev says. He is referring as much to the digital animation woven through his “Firebird,” as the presentation of “Pentimento,” a work by Vicente Nebrada, a legendary Venezuelan choreographer, albeit one woefully unknown here in the States. “Nebrada’s work has been presented by the American Ballet Theater in New York, the Joffrey too. It has been featured by the Berlin Opera Ballet, the Hong Kong Ballet. I could go on and on,” Issaev says. “It is long past time for Miami to be introduced to the neoclassical sensuality that is Nebrada,” Issaev didn’t exactly grow up within a neoclassical tradition. Rather he was born in Siberia. It was the era when Communism was strong. “So dance moved within the strictest of classical codes,” Issaev says describing his early experience of dance, let alone his training. When he could emigrate, Issaev did — to Venezuela. In very short time he had found his way to the center of dance in Caracas, the National Ballet where Nebrada was both artistic director and choreographer. “I didn’t know how free a dancer could feel,” Issaev says. “I took to Nebrada’s methods like a fish to water,” he says. The two men worked closely together for over a decade. How would Issaev describe Nebrada’s approach? “It is more focused on what it is to be human than the work of many choreographers,” Issaev says. “Take Balanchine, for instance. For me, Balanchine is all about mechanics and technique. Nebrada’s choreography is far more musical. You will see,” Issaev promises. Those familiar with Nebrada’s work will recognize “Pentimento” as among the master’s most iconic pieces. When considering presenting it here, Issaev turned the former prima ballerina of the National Ballet of Caracas, Nebrada’s favorite, Elsy Barrios, to help him restage this dance that she knew so well. “I must have performed it one million, seven hundred thousand and thirty seven times,” she says. “Perhaps I exaggerate … but with all the rehearsals, well, maybe not.” The dance is set during the late Renaissance and takes its music from Bach. Its characters — a prince, a priest, a young lady and a jester — are very nearly the stuff of comedia del’arte. They are figures from deep in the West’s cultural cannon; they are familiar to a great many of us. The word “pentimento” itself usually refers to a process having to do with paint and canvas: one subject is painted directly atop another as a painter reinvents his work. In the ballet, according to Barrios, “the dancers are nearly shadows as the work begins; the stage is almost without color. As the work progresses, each character becomes more vibrant, colors became not only richer, but more poignant until the painting and the dance is complete. “Nebrada stands at the heart of what it means to be Latin, “ she says. “Just look at the way one dancer holds another and you’ll say, ‘ah, that’s the touch of Nebrada.’” All this is only part of the evening. “Firebird” awaits — Issaev’s version seeped in his experience of Nebrada. This, accompanied by digital wonders by Digital Media Designs, the same company that lit up the opening ceremony at the Olympics in China a few years ago. Arts Ballet Theatre begins its season on Saturday at 7:00 p.m. and Sunday at 3:00 p.m. at the Broward Center for the Performing Arts, Amaturo Theater, 201 S.W. 5th St., Ft. Lauderdale; then on Oct. 19 at 7:00 p.m. and Oct. 20 at 3:00 p.m. at the Aventura Arts & Culture Center, 3385 N.E. 188th St., Aventura: tickets cost $25; www.atsballet; 305-948-4777. This article also appears in Miami New Times.