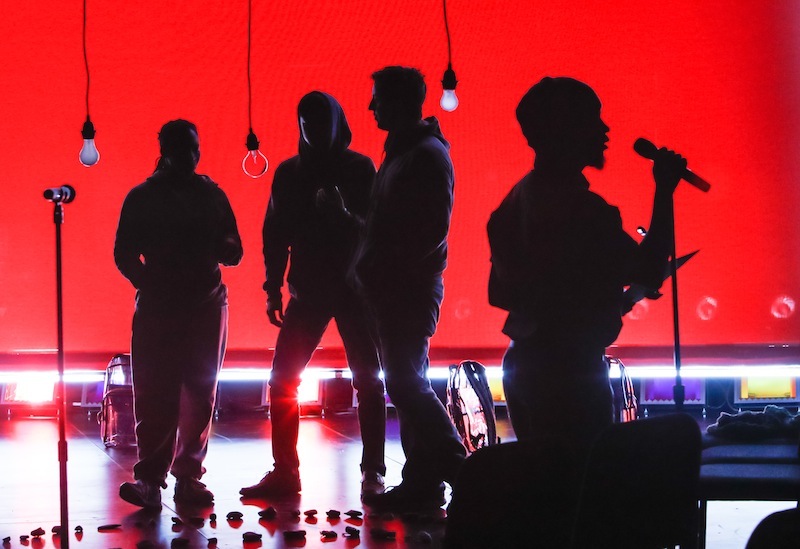 If even a modicum of redemption can be forged from the hellish after-effects of gun violence, we must listen to the communities most affected by the violence. To this end, “Trigger,” a hip-hop oratorio, developed by composer Byron Au Yong and poet Aaron Jafferis, strives to unite artistic expression with community activism. Trigger stems from (Be)longing, a national initiative to prevent gun violence. (Be)longing began as a response to the 2007 Virginia Tech shootings that left 32 people dead and 17 injured.

The first act of “Trigger” features students of Miami-Dade College’s north campus performing the oratorio created by Yong and Jafferis along with student-generated poetry, rap, and spoken word. The second act consists of a town hall-style discussion about the causes and ramifications of gun violence in South Florida. On an average over 30 children under the age of 18 have been killed by gun violence in Miami-Dade County every year for the past decade.

“Trigger” is presented by MDC Live Arts. Executive Director Kathryn García was searching for a piece that tackles pressing social topics through the arts: “In the past we’ve focused on subjects like sea-level rise, transgender identity, veteran’s issues, even traffic congestion…all topics that hit home here in Miami,” explains García. “When I heard about ‘Trigger’ and its community-driven approach to creating a performance that attempts to ask and answer the crucial questions that linger after gun violence occurs, I knew we had to bring it here to Miami.”

A mural, poetry readings, action sessions and a flash mob are just a few of the events that will lead up to the performance. García stresses the importance of giving voice to affected communities. “In particular, I wanted to bring it to our North Campus because there are so many students that come from surrounding communities that are directly affected by this issue and may not have an outlet, especially a creative one to process their experience.”

Composer Yong was in Miami in early February for auditions. “I was impressed with the dedication to the project from local musicians such as choral conductor Kenneth Boos and the team at MDC Live Arts,” he says. “This will be an exciting and relevant mix that features local perspectives on gun violence.”

Choreographer Ni’Ja Whitson echoes this sentiment and adds, “These are narratives that describe a great love for family and community, fear and anger over poverty and lack of economic resources, rich stories that root ‘Trigger’ in Miami to this moment in this geography.”