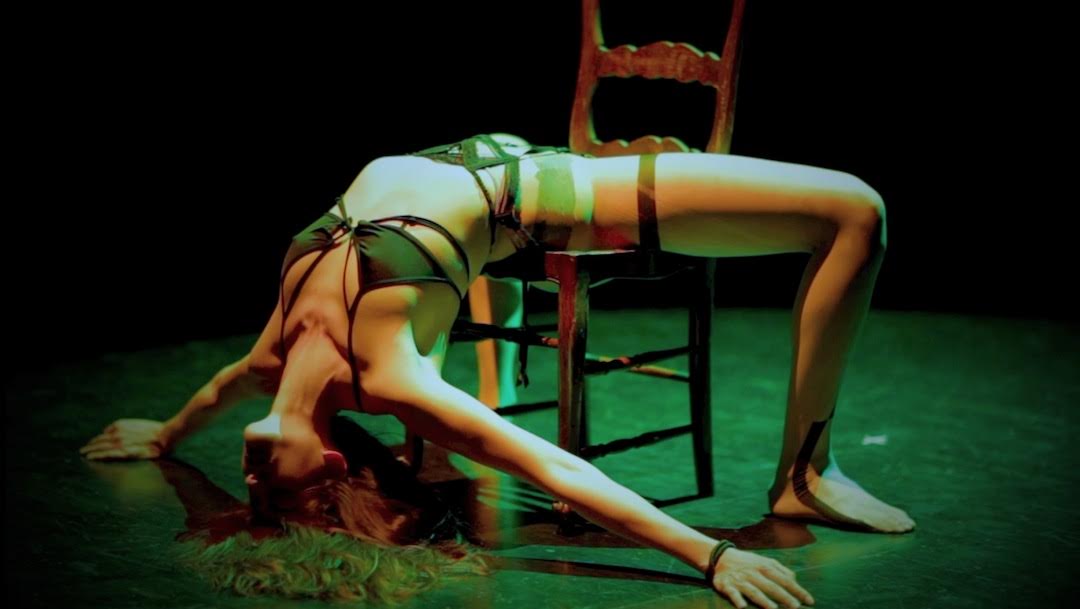 Miami choreographer Marissa Alma Nick doesn’t do shows just once. Over the years she has reworked many of her company’s pieces, in the end producing an entirely new show. Locals may remember her project “Flowers for Spring” that appeared in multiple versions over the years. And for Nick, 2018 is the year of the Venus.

Her company Alma Dance Theater debuted “Rebel in Venus” at Miami Dade County Auditorium in March of this year. It was fueled by the #metoo movement and Nick’s own personal search to understand the expression and embodiment of female sexuality.

Since then, we’ve seen more seismic shifts in female power and voice, and Nick has harnessed these social changes, taking “Rebel in Venus” to the next level. Alma Dance Theater debuts the newest version of “Rebel in Venus” at the Colony Theater on December 22nd.

The new version amps up the original, and works out some of its kinks. “I still felt like I was finding ideas and experimenting with them on a technical level,” says Nick of the original show. “I kind of used it as my own social experiment to get a lot of feedback on what made sense to the audience, what parts weren’t clear enough, and use that as a measure to build on things or eliminate them altogether.”

In November, the company also did a pop-up show in Tokyo Valentino, a sex shop in Biscayne Boulevard, called “Rebel in Tokyo.” It was described as a “seductive maze featuring the 9 Venuses from Alma Dance Theater’s ‘A Rebel in Venus.’” And now, this month, we see the “A Rebel in Venus” again, in its full form.

The piece, in essence, redefines the Venus archetype for new generations, and shines light on a sex-positive version of feminism.

While the basic framework for the show was set in the original, she claims the new version as bolder and more courageous. “If it’s even possible,” she says, “it’s a lot more direct. Things like the Kavanaugh hearing — I had to bring that into the piece somehow.”

“So much has happened for women, let’s say between April and December, that it was impossible not to include those stories,” she says. “And I also feel like in the last six months, our voice as women and girls has really come into power. Even during the elections, seeing a hundred women get voted into congress… There’s this force building.”

“I felt angry at first, when [the Kavanaugh] hearing happened, like a lot of us were, and then at the same time inspired by this woman’s courage to stand up there and tell her story.”

Nick is particularly concerned with articulating the millennial perspective. She recalls a program on NPR that aired around the time of the Kavanaugh hearings. “One of the segments was about girls in college. They kept calling in and saying how no one is talking to them about this in school.”

“That’s insane,” she says. “I guess my hope in this piece is to not only give millennials a voice, but also to create a bridge of conversation.”

If her past creative efforts are any measure, the new version of “Rebel in Venus” will be equally engaging for those who saw the original, and for those who did not. Nick is one of Miami’s most vibrant dancemakers these days, and this piece is one not to miss.