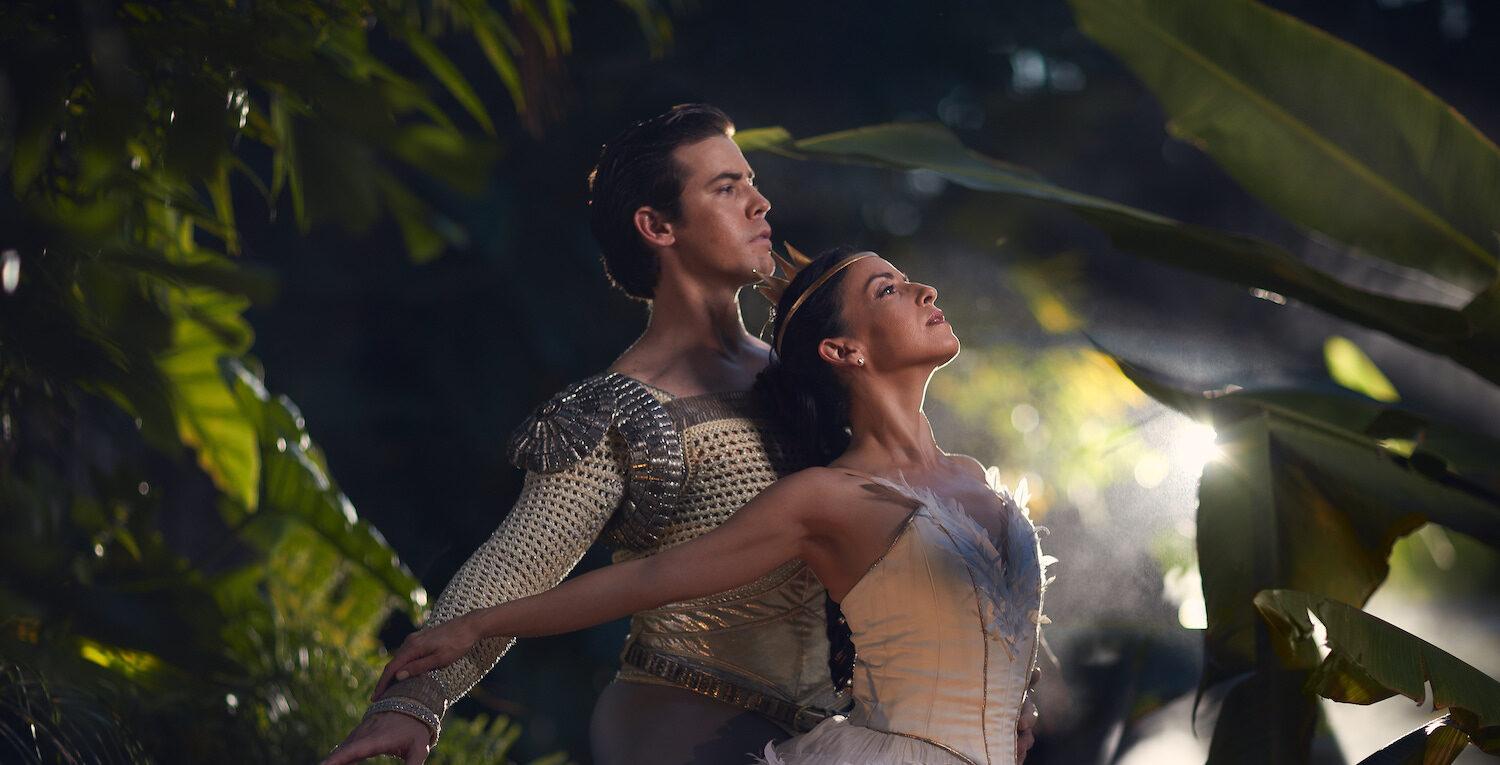 Choreographer Alexei Ratmansky’s reconstruction of the original staging of Marius Petipa and Lev Ivanov’s “Swan Lake” will finally have its North American premiere on Friday, Feb. 11, 2022, at the Adrienne Arsht Center for the Performing Arts in Miami.

This reconstruction has its origin in the notations of repertory works created under the supervision of Nikolai Sergeev (1876-1951), dancer, choreographer and régisseur of the Mariinsky Ballet from 1894 to 1918. When Sergeev left Russia, he took the notations with him.

Almost three years have passed since Lourdes López, artistic director of the Miami City Ballet (MCB) and “A Life for Dance” award honoree at the last International Ballet Festival of Miami, announced in March 2019 the premiere of “Swan Lake” as the great event of the company’s 35th anniversary season. We all know what happened next with the appearance of COVID-19. 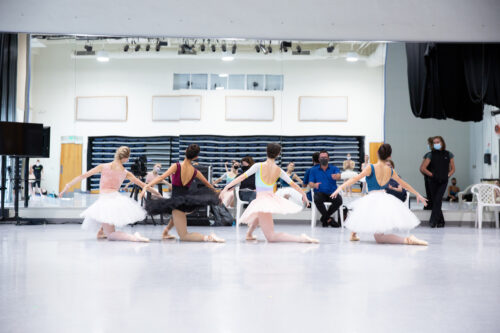 Ratmansky needs no introduction because MCB already has three of his works in its repertoire: “Symphonic Dances” (2012), “The Fairy’s Kiss” (2017), and “Concerto DSCH” (2018). So, taking advantage that he’s in Miami supervising the last rehearsals, we asked him several questions.

Q: What does MCB have that makes you come back?

A: Balanchine’s and Edward Villella’s heritage, Lourdes López’s leadership, and the dancers’ trust and friendship.

Q: To what do you attribute the appeal and popularity of Petipa/Ivanov’s “Swan Lake” 126 years after its original staging?

A: To the truly great score, beautiful and poetic story, and genius choreography. 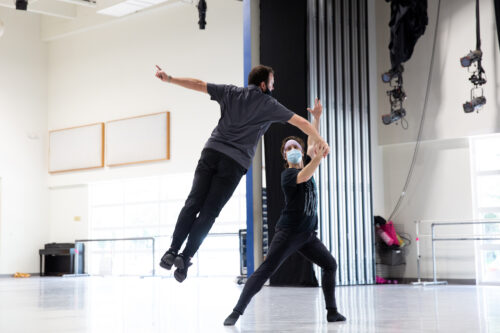 Q: What have been the biggest challenges in reconstructing the original Petipa/Ivanov choreography?

A: There are some original steps that are extremely difficult, even for today’s dancers. Also, it’s not easy to get the pantomime right because the dancers (and the spectators) now have little understanding of it. The mime must be alive and interesting to watch. We are working on it.

Q: What has been the greatest satisfaction?

A: To see the logic and the inspiration of the original choreographers making it back into the ballet they created in 1895. To see it come alive. 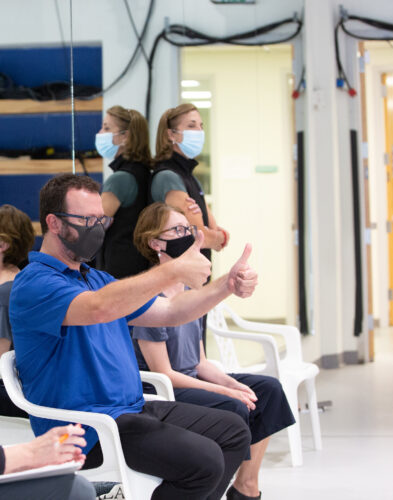 Q: How do you make sure a reconstructed classic does not end up being a work of interest only for the “connoisseurs”?

A: By inspiring the dancers to make it their own.

Q: How reliable are the notations of the time to affirm that what we will see is the original version? For example, is another choreographer possibly presenting a different reconstruction from the same annotations?

A: The notations show the choreography performed during Petipa’s lifetime (the early 1900s). It’s the closest we can get to the original 1895 choreographic text. If the stager follows precisely what is notated, the result will be more or less the same. However, there are some gaps in the notation. And that needs to be filled according to the taste and knowledge of the stager.

Q: The first staging of this reconstruction was in Zurich and the second in Milan. In an interview, you compared both productions and explained their differences. How different is the Miami version?

A: The Miami version is closer to Zurich’s in terms of the number of dancers on stage (the La Scala company is bigger). Hungarian and Goblet dances are slightly reworked. For some casts, we separated the role of Benno and the male lead in Pas de Trois (as it was in the original). In Zurich and Milan, it was performed by one person. But some MCB dancers are going to perform both roles at once.

Q: How has the experience of staging “Swan Lake” been with the MCB dancers?

A: It pushes the MCB dancers out of their comfort zone. But they are willing to go for it, and that’s been very satisfying. I am not talking about the obvious COVID-related challenges, like rehearsing in masks, postponements, cancellations, etc. The last two years have been extremely difficult for ballet people. 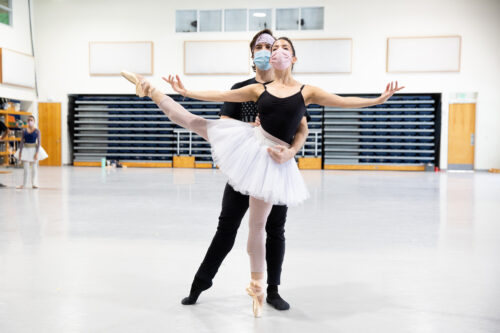 Q: Today, it must be difficult to find dancers who do not have a set idea of interpreting the main characters – Odette/Odile, Prince Siegfried – of “Swan Lake.” So how do you work with those who have already performed other versions?

A: Every major company has its production of “Swan Lake,” so the ideas vary. I can always say if the dancer has a pre-established idea of a role and then I try to navigate them toward the new understanding gently.

Q: In Miami, a large audience of Cuban origin loves ballet and knows the version of the “Swan Lake” by Alicia Alonso, “based on the original by Marius Petipa and Lev Ivanov.” Do your reconstruction and Alonso’s interpretation have something in common?

A: Alonso is probably my favorite interpreter of the Odette/Odile role ever. Her dancing in American Ballet Theatre’s Alexandra Fedorova production that I saw in the New York Public Library is pure genius. But any version that claims to be “based on the original,” in reality, is never based on the original. Instead, it is based on earlier interpretations of other interpretations, which were based on the original at some point. I am not saying that these versions don’t have artistic merit, not at all. It’s just that my goal is different and very specific. I want to present the “Swan Lake” choreography created by two great masters, Petipa and Ivanov. Luckily, the notations made by Nikolai Sergeev and his colleagues at the Imperial Ballet make this improbable task possible. And I am grateful that Lourdes López is as inspired by the idea as I am.

Q: Finally, are you planning to return to Miami for opening night?

To read the Spanish-language version of this story, click here.