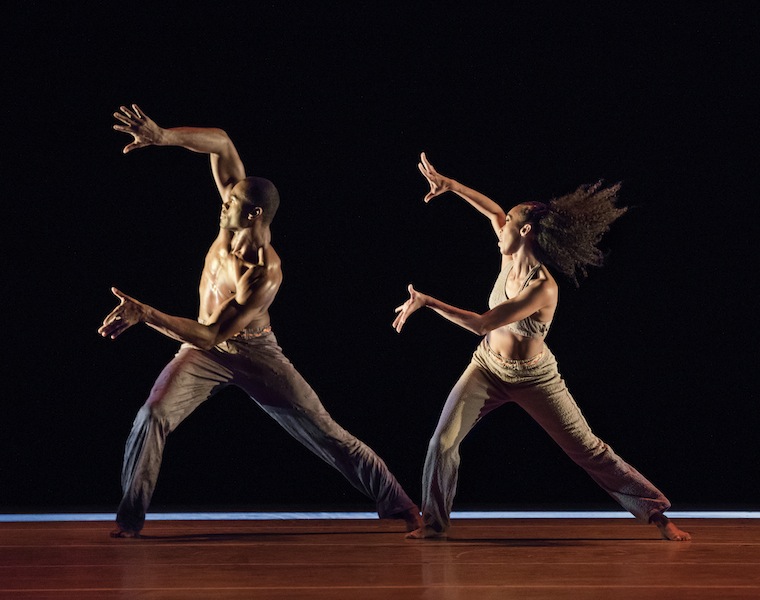 Back for an 8th season in Miami, the legendary Alvin Ailey American Dance Theater packs the house every year. With Liberty City hometown hero Robert Battle in his fifth year, we have many reasons to celebrate the company’s return.

Alvin Ailey appears at the Arsht Center for the Performing Arts from February 23to 26, with a hefty program including three world premieres: Untitled America, Deep, and r-Evolution, Dream. The company will also announce a new scholarship for two young local dancers to attend the Ailey School Summer Intensive in New York.

While the company was already on tour, we had a chance to speak with Battle about his artistic vision for the company.

Are there any themes for this season’s programming?

One of the programs is called Ailey Jazz, which celebrates jazz, a great American art form. And certainly, when you think of Black History Month and the contributions of African Americans to this country and culture, you can’t not think of jazz. So we wanted to do a tribute to that.

We have a work called The Winter in Lisbon, which is choreographed by Billy Wilson. A significant part is the music of Dizzy Gillespie and this is his centennial celebration. And then we have a work called Ella choreographed by me, to the music of Ella Fitzgerald. The particular piece of music is just her scatting. So the dance is in some ways a physical version of scat singing. Then r-Evolution, Dream is by Ali Jackson, a musician with Jazz at Lincoln Center. He collaborated with Hope Boykin who is a long-time company member. This work is inspired by the words of Dr. Martin Luther King Jr. Again, very timely and dovetails with Black History Month. But also it reminds us of the past in terms of the lessons of the civil rights movement, at a time when we are looking at that again.

How about ’Untitled America’?

The choreographer Kyle Abraham, who is a MacArthur “Genius Grant” winner, came to me a year or so ago with the idea of doing this three-part work about families in prison, and mass incarceration. But also in the news were all those shootings and unrest around some of those very polarizing experiences that we were seeing 24-7. So that’s what he was looking at in this work. He called it Untitled America. Within the work you hear actual people who have been incarcerated speaking about their experiences. Not so much in the political realm, but more to do with matters of the heart, more to do with those primary relationships and the effects that the system has on them. It’s a look at the interior as opposed to all of the noise outside. It’s really a powerful work.

What social impact do you think dance has to offer us?

All of these pieces were chosen before there was this kind of tension in the air. So it’s interesting how art can imitate life and they can collide in this very poignant way. But I think that dance, and the arts, have always played an important role in bringing people together. Even people who didn’t think they liked one another. There’s a history of that in jazz—musicians getting together to play together because they respected each other’s artistry. And through improvisation and jazz, they could have whole conversations with their instruments that they couldn’t have with their mouths.

So I believe dance, the ephemeral nature of dance, the ambiguity of dance, it’s not this is what I believe, it’s more about this is what I feel. And feelings start to get at the heart of the matter. I think that Alvin Ailey’s legacy is about bringing people together. I’m very hopeful that this will offer some kind of healing or some kind of liberation from some of the tensions of the day.

What do you see as the forward direction for the company?

We continue to expand on the legacy Alvin Ailey left us. We continue to challenge the audiences and the dancers in new ways. I think I’m going to continue to push the envelope — but also continue to hold a mirror to our society, to continue to be that reflection. Sometimes that is a reflection about the negative aspects and also the positive aspects. We want to keep making sure that the company is not only seen but heard. That’s an extremely important reason why I think this company is still kicking almost 60 years later, from the founding of the company in 1958.

Artistically, the company was founded in a totally different era of modern dance. Is it important to preserve this history?

That can give you an idea of where you are and where you could possibly go in the future. Preserving that legacy is extremely important to the continuity of this company. But I think on a broader level—and I’ve been thinking about this a lot—is that we always have to remember that we are standing on shoulders. So every chance we get, we have to acknowledge those people whose shoulders we stand on.