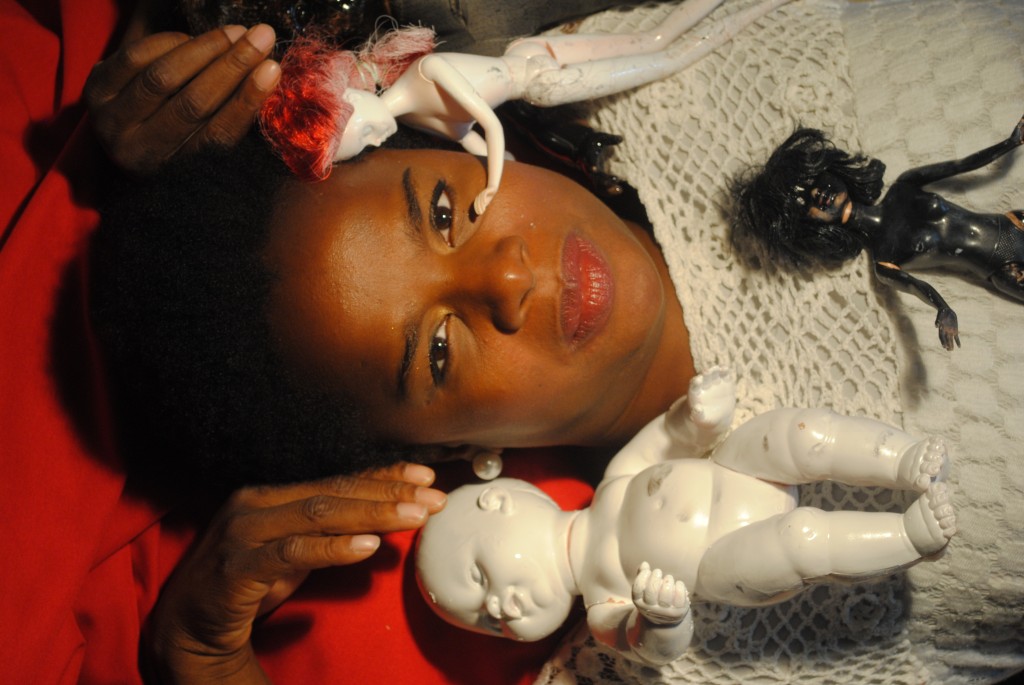 The January 1964 Look magazine centerfold image is iconic: Norman Rockwell’s painting depicts a small African-American girl, dressed in white, walking resolutely, flanked by four burly U.S. marshals, all caught mid-stride, against a tomato-stained wall, upon which “nigger” is scrawled. That image, The Problem We All Live With, inspired dancer/choreographer Afua Hall to create RED, “a dance theater-based art activism project” with six performances at the Miami Theater Center (MTC). The girl is Ruby Bridges, and at age 6, she was the first black child to integrate a New Orleans elementary school. RED began as a gift. About 10 years ago Hall bought a print of the painting for her stepfather. The image stirred her, but she didn’t know its historical significance until years later, when she read the “The Story of Ruby Bridges,” the child whose innocence was shattered and who sacrificed so much for a cause she only dimly understood. “What resonates for me,” says Hall, “is how she overcame a traumatic event through the telling of her own story.” Hall eschewed a literal narrative that people could read or watch in the movie of Bridges’ life. Instead, she created an intuitive, non-linear account of her own thoughts and feelings about the story, conditioned by her experience as an “outsider” who emigrated from Jamaica to the United States (she’s now a Miami resident). “The parts of the Ruby Bridges story that have surfaced the most in the creative process are the isolation that Ruby experienced in school and her relationship to her teacher, Mrs. Henry,” Hall explains. The performance begins with Elana Lanczi (who plays Henry) and Hall – in the present tense – exploring their own issues before assuming their historical roles. Hall sees RED as a community-building project and hopes it inspires “frank and perhaps uncomfortable conversations about our recent history that we might sometimes wish we could forget.” Besides introspection, Hall conducted interviews and historical research. The performance was developed within MTC’s SandBox series and was produced by acclaimed resident artist Octavio Campos, who created “a commissioning program for new work … from the point of view of the artists.” Its success has been rewarded with a $100,000 Knight Arts Challenge grant. Campos forecasts “an exciting lineup of innovative playwrights, composers of new music and performers that are blurring the lines of new work.” He calls it “an idea engine, a platform for visionary works, unabashed play and new ways of engaging with our world.” The SandBox commission provided Hall with rehearsals, peer review, and time to study 1960s social dance styles alongside Lanczi. It’s Hall’s most elaborate project, with set design by Larry Miller, including a doll installation by T. Eliott Mansa, a film by Dinorah De Jesus Rodriguez, music by A.J. Hill and costumes by Megan Swick and Asha Darbeau. “I chose to title the piece RED to remind myself of what we all have in common, and also to subtly suggest the Ruby Bridges’ story without creating too many expectations for it being completely re-enacted in my piece.” IF YOU GO: What: RED When: Weekend Fridays and Saturdays from June 28 to July 13 at 8:00 p.m. Where: The Miami Theater Center, 9806 NE 2nd Ave., Miami Shores Cost:$20 Contact; 305-751-9550; www.mtcmiami.org A version of this article first appeared in the Miami Herald.