After 30 years, Miami City Ballet returns to The Colony 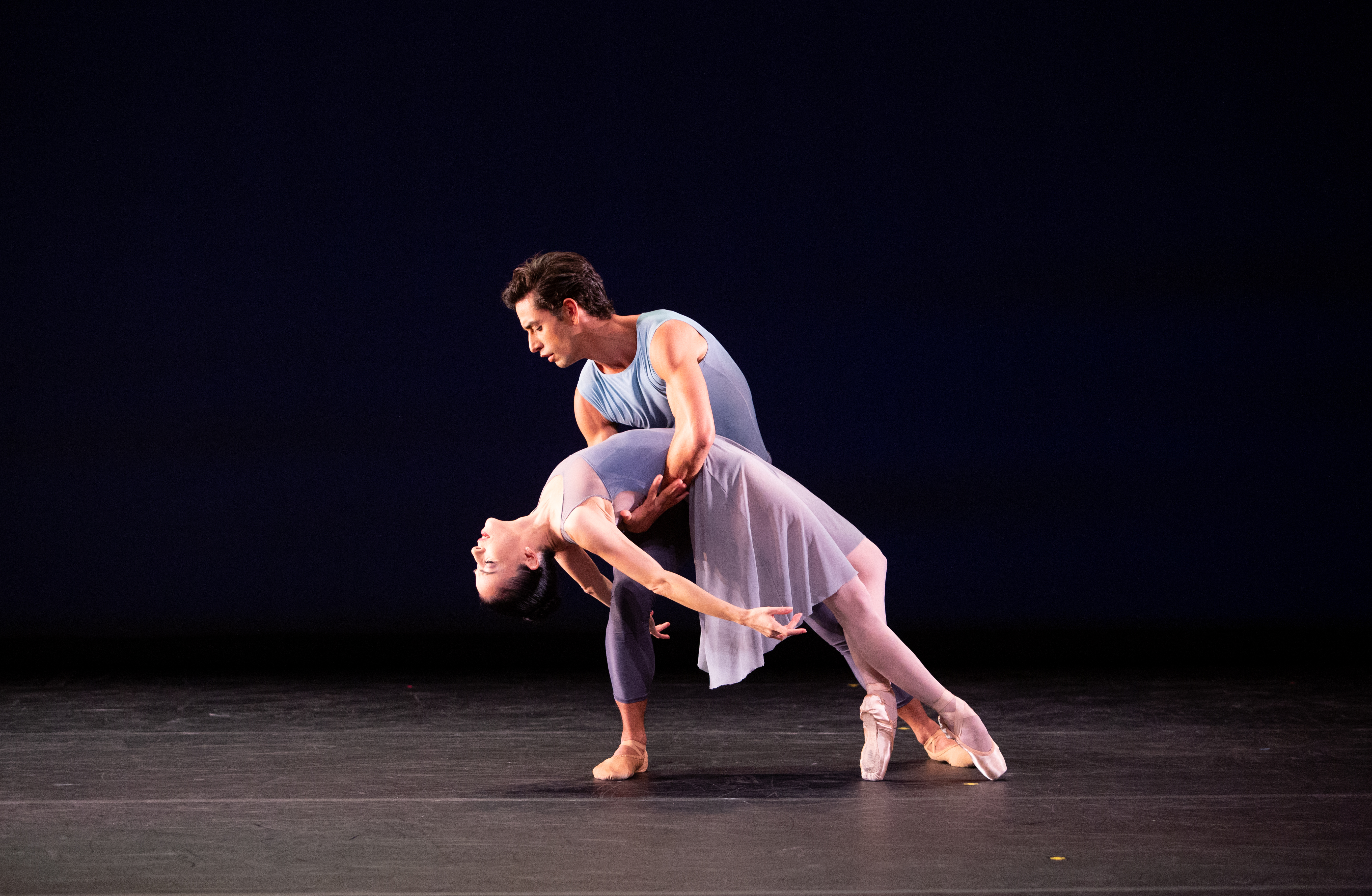 On Nov. 23-24, the company returned to the 417-seat hall for an hourlong program of works that included the third movement of Justin Peck’s “Rodeo: Four Dance Episodes,” as well as Christopher Wheeldon’s “This Bitter Earth,” and Twyla Tharp’s “Nine Sinatra Songs.”

With a column of roses and spirals framing the proscenium, the setting was rich in history and spectacularly intimate. But it left one wondering how the fledgling company could have squeezed even 20 dancers onto the theater’s petite stage.

For the Sunday performance, Miami City Ballet solved this problem by presenting a program of mainly pas de deux that was thought-provoking. A program of nine pas de deux performed by couples of the opposite sex on Miami Beach, with its vibrant LGBTQIA community, seemed intended to generate dialogue about the acceptance on the part of contemporary classical dance choreographers of the art form’s traditional representation of romantic love.

First up was the pas de deux from the 2015 “Rodeo: Four Dance Episodes,” set to Aaron Copland’s iconic, “Rodeo.” It featured principals Jennifer Lauren and Renan Cerdeiro against a backdrop suffused with pale rose light. 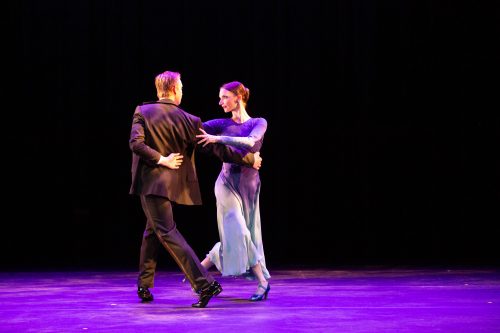 The Colony offered an up-close experience, and for this pas de deux, the proximity made Peck’s choreography shine.

Sequences between Lauren and Cerdeiro were fast-paced and playful. In one, Cerdeiro looped his arms around Lauren’s waist. Lauren ducked beneath only to catch his hand and stretch back into arabesque, springing forward into a waist-high lift, holding her arm behind her head like a ’50s pin-up girl. The furious game of catch-and-release ended when Lauren suddenly flashed her leg into arabesque and then froze, the dancers locking gazes. More than one person in the hall had to feel an involuntary sob at the sweetness of that moment.

Next was “This Bitter Earth,” a pas de deux excerpted from the choreographer’s “Five Movements, Three Repeats,” originally performed by New York City Ballet in 2012 and scored to R&B singer Dinah Washington’s 1960 hit, “This Bitter Earth,” and Max Richter’s 2004 plaintive composition for strings, “On the Nature of Daylight.”

Katia Carranza and Kleber Rebello — two of MCB’s most physically powerful dancers  — smartly maximized the tight space.  And they were powerful here, squaring off in a shallow lunge, elbows clasped, foreheads caressing, or Rebello floating Carranza across the floor in waist-high splits, her feet brushing en pointe.

The program closed with “Nine Sinatra Songs,” gesturing toward the beach’s storied history as a one-time playground for Sinatra and the Rat Pack in the 1950s and ’60s.  The ballet premiered with MCB in 2004 and, with costumes by Oscar de la Renta, “Sinatra Songs” has been a consistent audience favorite ever since. The couples navigated the tight space brilliantly, especially during the two group sequences. 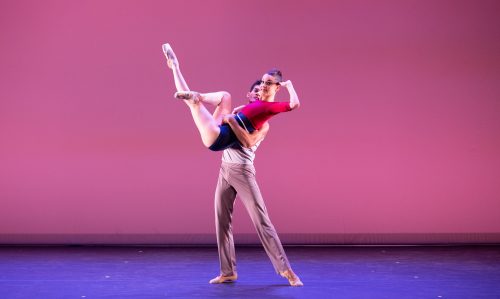 Composed of seven pas de deux and two group dances, “Sinatra Songs” opened with a mirror ball showering light onto Cerdeiro in a tux and Ashley Knox in full-length pale pink gown laying down a soft shoe to Sinatra’s “Softly as I Leave You.”  They slathered the dance with romance, lifts with Knox in splits ended with her swooning from deep backbend to enmeshed embrace.

Julia Cinquemani and Carlos Quenedit were hilarious in “One for My Baby,” as a cautionary tale for the challenges that basic motions and the fact of gravity pose for the very smashed, while Shimon Ito opposite a sweetly earnest Lauren uncomfortably reminded at least one person that night of a former partner’s ultimatum they take dance lessons.

Also lovely were Nicole Stalker and Alexander Peters in “Forget Domani.” Peters snapped out wicked fast pirouettes as Stalker, brimming with energy and terrific timing, diverted attention from the nightmare frilliness of her over-the-top fuchsia dress.

But prize for the simply elegant went to Aaron Hilton and Emily Bromberg. Hilton’s partner-focused precision was clearly spot on for anyone with an eye for ballroom dance, while Bromberg in slate blue dress with sequined flower gathered at the hip was just a knock-out.

The intimacy of the Colony proved a great space for “Sinatra Songs” and, at the close of “My Way,” the audience took to its feet.