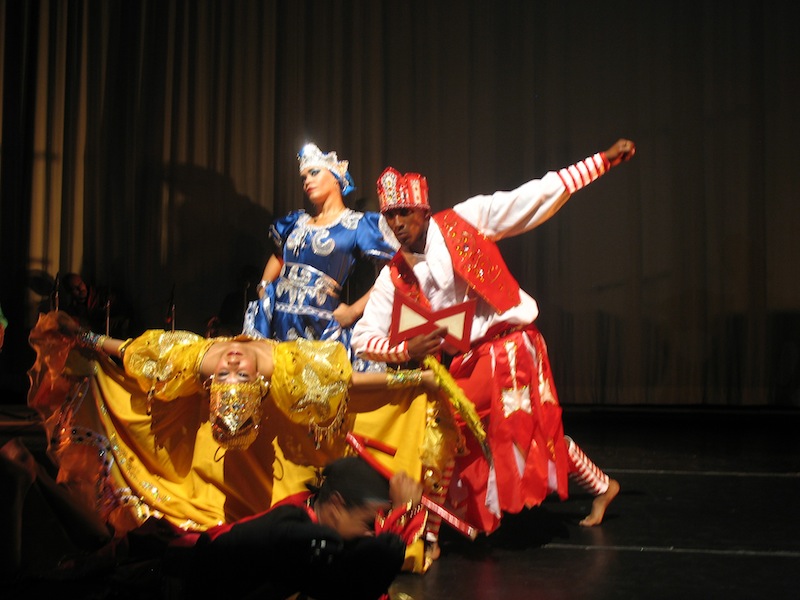 On August 20-22nd, the Ifé Ilé Afro-Cuban Dance Festival returns to Miami for its 17th year. Annually, the festival offers workshops, panel discussions and performances of Cuban dance and music, led by visiting artists and masters in the field. The 2015 festival is super-charged due to an infusion of funding and assistance from the Knight Foundation, the African Heritage Cultural Arts Center and the Miami-Dade County Auditorium.

Thanks to the extra support, Ifé Ilé has recruited special collaborators including contemporary dancer Atanasio Mederos, and stage designer José “Pepe” Coro, among others. This year is also meaningful as it’s the 35th anniversary of the Mariel boat lift, a major event that shaped many lives in both Cuba and Miami. Fittingly, the centerpiece of this year’s festival is the performance Under Heaven and Earth (Contra Viento y Marea), which tells the story of the Marielitos who came to the U.S. in 1980 during the boat lift, bringing their home culture with them. Recently, we spoke with Ifé Ilé artistic director Neri Torres, who is herself a Marielito, about the upcoming events.

What kind of workshops will be offered?

We will have the customary orisha workshops, and some salsa workshops, since this year we are commemorating the 35th anniversary of the Mariel boatlift. And we have Cubaton, the way the Cubans dance reggaeton in Cuba, as well as conga, rumba, and Afro-modern with the maestro Atanasio Mederos. And we have a drumming workshop also.

Will your performance include a similar blend of dance styles?

Oh yes, it’s going to be a lot of different things — that’s the way I like to choreograph. I like to mix because that’s everything I have in my body. I am not only doing modern or contemporary, there will be a lot of the folkloric as well as the Cuban popular dances. So it’s a mixture of all this, which reflects the Cuban culture, how intrinsically mixed it is.

Is this true of Cuban culture in Miami and in Cuba?

I would say so, yes. I think Cubans here are missing the black folkloric tradition — that’s why I opened the company. But lately we have more people arriving, and the more that arrive, the more that the culture gets settled here. In the ‘60s, people brought certain parts of the traditions. The ‘80s brought some other flavor. And the ‘90s brought another. And people now are bringing reggaeton.

What’s happening with reggaeton in Cuba?

I think that reggaeton calls to the youth because it’s in their own language, it’s in Spanish. They can speak it, they can express themselves through it. In my generation, we used to listen to a lot of American music. I think it was a normal reaction against the system.

What I have observed in my academic research is that wherever there is a lack of satisfaction with the government or the economy, people tend to copy patterns from other cultures. … So what is happening with reggaeton is that it brings a different perspective, we’re able to express ourselves better. And the style got fertilized by all the Cuban rhythms. The reggaeton in Cuba doesn’t sound like Puerto Rican or any other reggaeton. They added the timba, the rumba, the folkloric.

What is your experience of the Mariel boat lift?

Mariel was a changing point personally, because my family separated and never got back together again. It was a moment in Cuba when there was a lot of restlessness in the country. At that point, the embassy opened and a lot of people decided to leave, including my sister and brother. The conditions there were not ideal, so my brother said to take my mom back because she was a diabetic. It was really painful for all the family.

There were a lot of families who were left behind, who left friends behind, or were forced to leave the country. It left a very [bad] flavor in everybody’s mouth. But also I am trying to convey that the Cubans who settled in Miami brought a new, reinvigorated culture to the city. The bata drums came, the rumba started to be played everywhere, and rueda de casino [a group form of salsa danced in a circle] was established as well in many of the nightclubs here in Miami.

Casino was a way for Cubans to connect with each other once they were here?

Right, that’s the purpose of social dance. Dancing casino, singing, that’s pretty much how most parties in Cuba finish. We are very much a dancing country.

Workshops and performances will be held atMiami-Dade County Auditorium, 2901 W. Flagler St., Miami, Thursday through Saturday. For more information including a full schedule of workshops and events, visit www.ife-ile.org.