A Time to Dance and Pay Tribute : Dance Now!’s Masterpiece in Motion 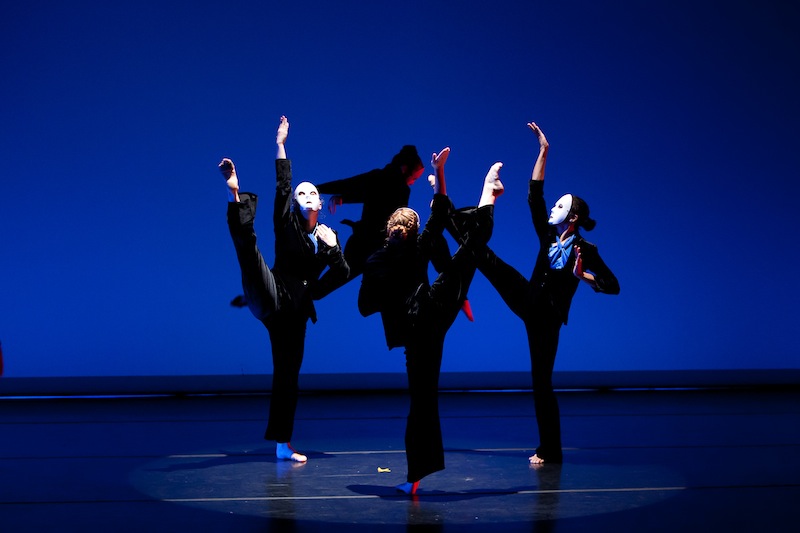 Watching Dance Now! Miami’s celebratory tribute to the José Limón Dance Company’s 70th anniversary, it’s clear Limón’s legacy lives on. The Mexico-born Limón was a pioneer in modern dance, who died in 1972 but whose company lives on. The program Masterpiece in Motion presented on Friday night, March 18 at the Aventura Arts and Cultural Center was an exquisite homage to this legend in American modern dance. Dance Now! captures the timelessness and humanity of Limón’s work, which will be performed twice more at different locations.

“What makes a masterpiece?” ask artistic directors Diego Salterini and Hannah Baumgarten before proceeding to present us with examples. The company worked closely with Daniel Lewis, dancer, choreographer, and founding dean of dance at New World School of the Arts. He performed with Limón and his company, and restaged two of Limón’s works: excerpts from “Duets from a Choreographic Offering” and from “There is a Time.” In this program Lewis also presents his own choreography in “Beethoven Sextet.”

“Every movement made by a human being…has a design in space,” wrote Doris Humphrey, Limón’s mentor. Duets from “A Choreographic Offering” (1964) are Limón’s tribute to her. The piece consists of an assembly of dance movements from Humphrey’s illustrious career. The duets, set to John Sebastian Bach’s “Musical Offering” and beautifully performed by Amy Deer and Luke Stockton, display the deep respect Limón must have had for his mentor. It is a precious gift.

Excerpts from “There is a Time” (1956), set to a score by Norman Dello Joio, draw from Chapter 3 of Ecclesiastes: “To everything there is a season, and a time to every purpose under heaven.” The piece, movingly performed by Jenny Hegarty and Anthony Velazquez, embodies the text: “A time to embrace, and a time to refrain from embracing.” The movements enfold around a circular structure and have a deep sense of the humanity and the connections we have — or are missing — with each other.

As “Offering” is a gift from Limón to his mentor, “Beethoven Sextet” (1978) seems to be an honorarium from Lewis to Limón. First performed by the Daniel Lewis Dance Repertory Company and set to Beethoven’s Piana Sonata No. 3 in C major, Opus 2, “Sextet” takes Limón’s themes and variations and arranges them into a dance. The result is stunning. The dancers fall and rebound with a clear mastery of the Limón technique.

Limón once wrote, “The body is an orchestra,” and Lewis is a powerful conductor.

Dance Now!’s tribute to Limón is a wonderful recognition of the genius of the artist and the humanity of his work. It was performed with, as Humphrey wrote, “light, radiance and wholeness.”

Also on the program are two works by Carolyn Dorfman: “Keystone” and “Odisea.”

“Keystone,” performed to music by Rufus Wainwright, Louis Armstrong, and Jamie Randolph, is a statement on the complexity of relationships. The couple, Jacqueline Dumas Albert and Louie Marin, is nearly always intertwined, twisting and weaving in their union. They separate only to reunite to continue the cycle in a seemingly endless search for a resolution.

“Odisea,” set to music by Greg Wall and Cecelia Margules and visual projection by Salterini, takes on the history of Jews fleeing Brazil 350 years ago. Intending to return to Amsterdam, they instead land in New Amsterdam (now New York). Dorfman’s choreography personified their hopefulness on a terrifying journey. The narrative of people seeking freedom in a new land resonates all too well with today’s current events.

Both Salterini and Baumgarten have pieces in the program. Salterini premieres a new work, “Sogni, The things my dreams are made of,” set to music by Julia Kent, Barbatuques, Michael Price, and Olafur Arnalds. Here we see a juxtaposition of ideas and movements. From the cluster of the dancers, moving as one at the beginning, to the surreal individualism of the second section, we are carried along. In the third section the group reunites, regrouping as a mass and again moving in unison. A solo dancer moves forward and continues his journey, like a sleepwalker, in a dream we wish could continue beyond the break of dawn.

Baumgarten gave up a work rife with the intrigue of what lies behind the mask. “Court Dance,” performed to music by Peter Gabriel and Kodo Drums, presents a jarring contrast between the cool, white masks the dancers wear and the intensity of the relationship between the central couple. This court dance is not for the faint at heart; it slowly builds in its audaciousness, yet we cannot look away, even as the eyes behind the masks dare us to do so.

Dance Now! Miami will present two more programs at the venues listed below.