A Look Back at Jam-Packed Dance/USA 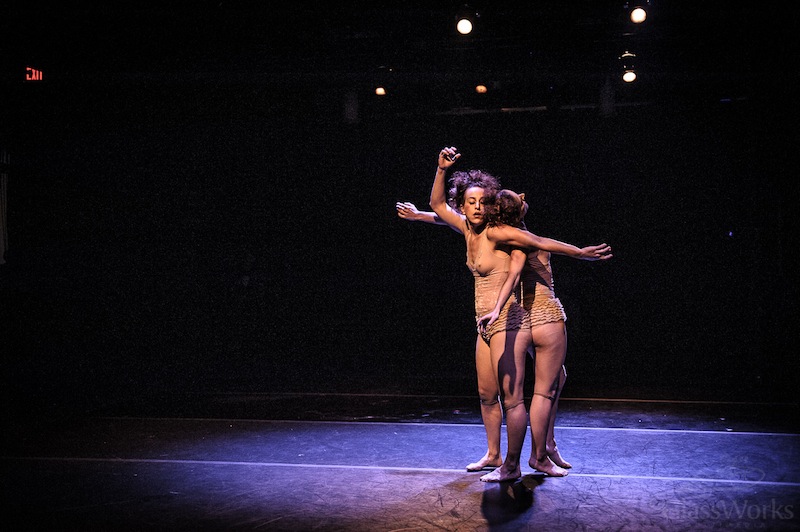 Dance can have a robust voice, especially when raised in community to air aspirations, polemics, achievements. As witnessed June 17 to 20 in Miami at the seventh annual conference of Dance/USA, this national service organization provides a major forum for empowerment by facilitating communication among hundreds of professionals in the field.

They took on the topics of finance and development, inclusion and equality, and technological advances, for both artistic and administrative gains. The discussions branched into global concerns as well as intimate needs. And a series of performances by area artists confirmed the worth of turning words of support into creative deeds.

Rob Gordon, president of Be the Change Inc., set the tone during the opening plenary at the Arsht Center when he insisted, “Dance nourishes the soul of a country.” He laid out key points to consider in order to fortify the art form: the rising importance of steam vs. STEM (the intuitive, connecting spirit of art elevating the much touted grounding of society in science, technology, engineering, and math); the movement from an information to an innovation economy; and service — the establishment of trusting partnerships — as a solid base for meaningful progress. A natural at stirring up engagement, Gordon often expressed his advocacy in terms of being “jazzed up.” The tenor of his encouragement energized the events that followed.

Of course, it was easy to stay optimistic throughout so much exposure to expertise, whether in sessions that sharpened business acuity or built technical skills to enhance, say, stage productions and marketing strategies. Noteworthy in this, the conference offered SmART Bars, face-to-face consults with specialists, and the popular Dance Business Boot Camps, workshops for management and development of organizations with yearly budgets under $200,000.

Tackling thornier social issues, however, especially the still problematic role of race in dance, required drawing a deeper breath. In the style of a town hall meeting, Real Talk gathered the impassioned testimonies of African-American women dancers and commentators to bring into clearer focus the presence of people of color in ballet. The discussion surged with insights and emotion, rallying us to preserve the legacy of black ballerinas and to create better opportunities for those in the coming generations. Much of the impetus came from participant Theresa Ruth Howard’s blog (at mybodymyimage.com) on the phenomenon of Misty Copeland, an American Ballet Theater soloist who was just named the company’s first African-American principal ballerina. Howard warned against encasing this talented dancer as a singularity, her achievement needing to be placed into a larger historical and societal context.

The conference took an important step in this regard by honoring Raven Wilkinson, who broke the color line dancing as soloist for the Ballet Russe de Monte Carlo in the 1950s. Her fellow honorees were choreographer Trisha Brown, The Joyce Theater Foundation’s executive director Linda Shelton, and — giving pride points to our community — Toby Lerner Ansin, founder of Miami City Ballet. This last award underscored the worthy effort by Dance/USA and its host committee to put a home face on the art’s strivings and successes, seen also in some of the panels and, most rousingly, in the performance evenings.

“Our goal was to showcase on a national platform all of the growth and talent we have right here,” says Adriana Perez, co-chair of the host committee and projects administrator at Miami-Dade County Department of Cultural Affairs, the conference’s primary local funder. “I think we highly succeeded. The participants were wowed by the variety and level of the work they saw.”

Indeed, at The Light Box at Goldman Warehouse in Wynwood, attention stayed on the diversity of our scene, from flamenco (Clarita Filgueiras; Celia Fonta and Paco Fernández) to grittier contemporary work (Brittany Williams’ gripping Masked Down & Dirty; Teo Castellanos D-Projects in Fat Boy, eerie and visceral). Familiar pieces by Rosie Herrera Dance Theatre and Godoy Pradera Projects served as substance for outsiders to discover. But everyone could prize offerings such as Brigid Baker’s exquisite group movement for Wonderlawn; its brooding beauty a revelation, as if lighted from within by the entrancing dancers.

Balletic feats leaped to the forefront in Lara Murphy’s tensely ritualistic Stages and Ariel Rose’s sleek angularities for Dyad. It was good to see Rose, a corps member at Miami City Ballet, try on this new hat as a creator alongside company colleague Adriana Pierce, who contributed the jauntily complicated yet clear-eyed Café Music, melding classicism with ballroom to a live performance of Paul Schoenfield’s composition for piano, violin, and cello.

For Pierce, restaging choreography she premiered at the Mainly Mozart Festival two years ago provided a priceless opportunity. “Having to re-learn my own piece and re-teach it to the dancers turned out to be an entirely different process for me,” she says, explaining how this gave her new perspective on her work and invigorated her development as a choreographer. “The dancers had a great time, and I got a chance to fine-tune.”

The efforts of Pierce and companion artists helped fuel the enthusiasm committee-host Perez felt at the end of Dance/USA 2015. “With all their hard work and perseverance,” she says, “they are creating world class work for the 21st century.”