20 Years of the International Ballet Festival 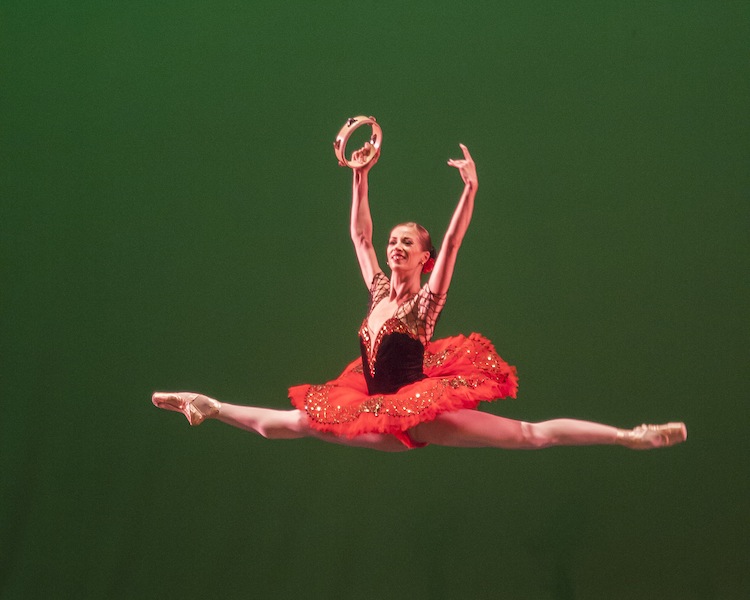 The stamina of a ballet dancer can be measured in a few minutes of high leaps and multiple pirouettes. That of an artistic director, to make a mark, must cover years of jumping over organizational hurdles and staying focused throughout turns of taste. About to celebrate its 20th anniversary, the International Ballet Festival of Miami has shown holding power of both kinds.

At the helm of this event since its founding, Pedro Pablo Peña, emphasizes the daunting nature of his enterprise. “Fulfilling my dream of bringing ballet from all over the world to Miami has been a task worthy of Don Quixote,” he says in Spanish. “It’s taken quite a bit of inspired madness.”

In the early 1990s, already serving as founding director of Creation Art Center and Miami Hispanic Ballet, Peña saw a need to give local audiences greater opportunity to enjoy classical dance at what he deemed its most splendid, with colorful and vigorous samplings of traditional repertory. Of course, Miami City Ballet had already been founded in 1985, but at the hands of Edward Villella, an apostle of George Balanchine’s, that institution upheld a more streamlined neoclassical aesthetic.

Peña carried away from training and performances in his native Cuba an affinity for a style of ballet that infuses the rigors of European — mostly Russian — schools with Latin exuberance. That often calls for a technique that comes on like gangbusters: always teasing out one more turn, longer balances, and accents energized as if by lightning. Those bolts, put at the service of faithfully academic choreography, aim to maintain the viability of Old Masters like Petipa.

And such a predilection has shaped the programming of the Miami festival. At the galas on any given year, the grand pas de deux rules, in representations from Sleeping Beauty, Swan Lake, Le Corsaire, Don Quixote, and so forth. These shows tend to run long, and length has not always meant strength. Yet, from the parade of tights and tutus, stellar glow can emanate, along with a bright opportunity to discover the likes of Tamara Rojo — a 1998 participant now director of English National Ballet — as marvels in the making. Furthermore, edgier dances do pop up, and a separate night of contemporary works and a showcase of medalists from the Youth America Grand Prix have more recently spiced up the mix. Film and workshop components, too, add value.

Throughout the years, Peña has remained steadfast in wanting to fulfill his artistic vision. “I started out from zero,” he says. “But I’ve managed to build an event that people eagerly await. I’m amazed at all the figures from ballet who have come to Miami because of the festival.”

In working out administrative and artistic matters, Peña relies on Colombian-born Eriberto Jiménez as co-director. And other associates serve as what Peña calls his “eyes in Europe” to help choose performers at the festival and recipients of “A Life for Dance” and “Criticism and Culture” awards. This year those recognitions will go respectively to Azari Plisetsky, a globe-trotting master teacher with Bolshoi roots, and Swiss journalist and historian Jean Pierre Pastori.

“Naturally, some parts of the preparations have become smoother, but the economic struggles never go away,” says Peña. “When the curtain comes down on the festival’s last evening, sometimes I think that’s it for me — that I couldn’t possibly put myself through this another year. But if I don’t, who will? ”

In fact, only catastrophes have led to the cancellation of the festival. Peña mentions how he was in the middle of an interview when someone came in to interrupt the journalist on the job with news of the 9-11 attacks. “I had to slump away, materials under my arm, feeling the weight of the world,” the director recalls.

In 2004, safety concerns about oncoming Hurricane Jeanne also kept the lights off. But even under these dire circumstances, some abbreviated form of the event later took place. Economic hits, such as the recent loss of long-time sponsor American Airlines due to corporate restructuring, have also posed serious threats. How does the festival weather those kinds of storms? “By working magic,” Peña declares. “I insist on keeping ticket prices reasonable. So, we scramble to seek out smaller sources of funding, negotiate postponed payments with agencies — it’s not easy!”

With the expected total attendance hovering around 8,000, the festival operates on an average budget of $125,000. Similar international events may count on more generous support, especially from government, to feature whole companies or ballet stars of higher-wattage, but Peña banks on the special warmth of Miami audiences to draw artists to his roster. “Ballet fans here are enthusiastic and knowledgeable,” he contends. “The dancers tell me that’s a major reason why they want to keep coming back.”

Laura Morelos confirms the sentiment. Now the director of Mexico’s Compañía Nacional de Danza, she was a frequent performer at the festival since its inception, enhancing the lineup with her pas de deux as Juliet, Carmen, and Odette (from Swan Lake) — the latter earning a standing ovation in a post-9-11 assertion of art over terror. For her, a great value of this international gathering lies in the camaraderie among participants. “It was very enriching to have conversations in dressing rooms about our challenges and the ways we overcome them,” she says, also in Spanish. “We were able to learn what was happening all over Europe and South America.”

Wanting a new crop of dancers in her company to share the same privilege, Morelos will bring Ana Elisa Mena and Rodrigo Ortega to this anniversary edition. Their rendition of the Black Swan Pas de Deux and Bournonville’s Flower Festival at Genzano will highlight their skills in different ballet styles.

That kind of continuity validates all the effort for Peña, who views the festival through the eyes of a grateful immigrant. “My biggest satisfaction has been to achieve in this country what I could never have done in mine.”

WHERE: Various venues across Miami-Dade County

For a full schedule of events and locations, go to www.internationalballetfestival.org