Actress finds her place in a virtual world 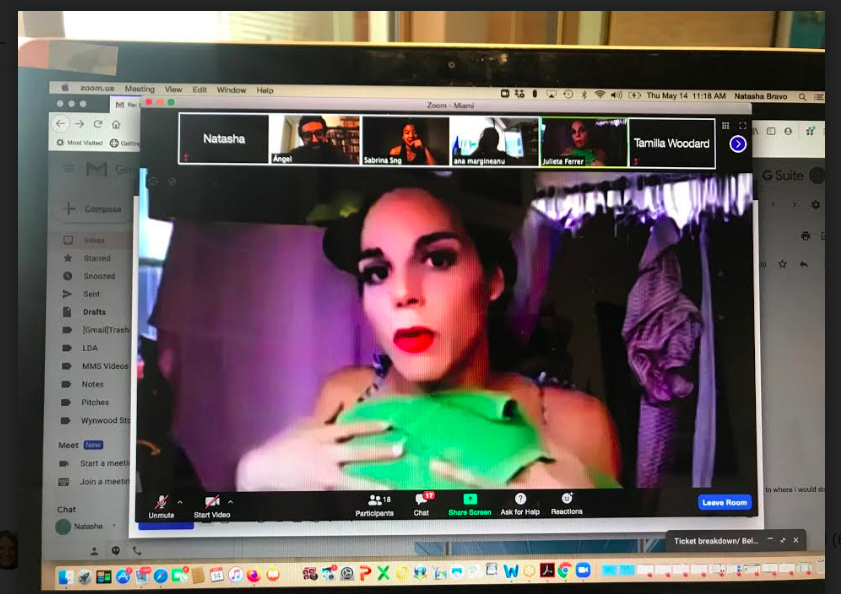 Moving from live performance into a virtual space can be confining, but it brings with it a new approach to interacting, says Miami actress June Raven Romero. Romero has appeared in two previous incarnations of Juggerknot Theater Co.’s “Miami Motel Stories,” was tapped for its most recent immersive and intimate theater experience, in partnership with New York’s PopUP Theatrics. Only this time she’d be interacting with her audience through Zoom for the two companies’ partnership, “Long Distance Affair,” which was on a virtual stage in May. 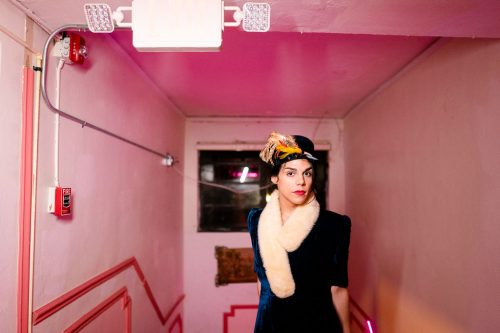 “Essentially what I performed was a film that talks back to you,” says Romero, who played Julieta in the short one-person play of the same name, written by “Miami Motel Stories” playwright Juan. C. Sanchez.

“Long Distance Affair” wasn’t conjured up for COVID-19, according to Juggerknot’s artistic director Tanya Bravo. It was born 15 years ago through Skype with the intentions of working with artists around the world (by PopUp Theatrics.)

But the lockdown allowed the production to move ahead and take on a different form of breaking the fourth wall than “Motel Stories” was known for. Instead of audiences interacting live with the actors like their previous productions, people were invited to buy a ticket and sign in virtually. “Long Distance Affair” takes the audience around the world to the cities of Miami, London, Paris, Singapore and Madrid. With all the actors appearing alone on screen. Their audience on the other side of the virtual platform had the opportunity to connect and respond to the live performances.

With preparation and production conducted entirely through Zoom, Romero was refreshed and shocked at how much intimacy the company was able to build from rehearsal to performance.

Romero says the kind of collaboration she experienced with the playwright and director was liberating in some respects – being free from the confines and expectations of a physical theater space allowed them to explore and create in a unique way. “But everything like (you’re used to) floats away. “You’re home and they’re home, so the comfortability is crazy and we ended up discovering, moment to moment, new things — every single moment” says Romero.

In this newfound space, Romero explains how intimacy is built into the piece because there is no hiding. She says she had no choice but to surrender to it. “Immediately, I am disarmed. Because these people know what my wardrobe looks like, they know that I’m transgender because of the flag.” She has a Transgender Pride Flag hanging in her room, which appeared in the Zoom frame during her performance. By looking at the space, she says, even before she starts speak, “They know a lot about me already, if they’re paying attention.” 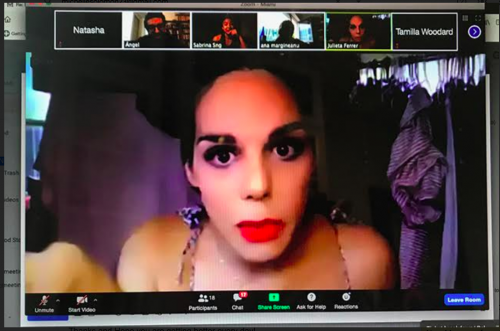 Performing on the virtual stage via Zoom, June Raven Romero in the May production of “Long Distance Affair” as Julieta. (Photo courtesy of Juggerknot Theatre Company)

For her, the virtual experience served as a new possibility. “The whole world is realizing how flexible we could’ve been professionally, utilizing our internet privileges” says Romero. “Not only in the sense of comfort, time, but how much more we could engage and connect with communities around the world.”

Romero says she felt that before the pandemic, it was difficult in South Florida to be a working actor, but things were looking up.  Now all that growth over the past few years has been put on pause, she says.  She says she has always known, even before COVID-19, that the way only to survive as an actor here is to “do whatever it means to stay in the game.”

“We’re facing a kind of dire moment in our industry. It is a do or die . . . and you have to adapt really well and be very lucky if you’re going to make it in this industry now. I think there’s no denying that,” says Romero.

The virtual challenge she took on with “Long Distance Affair” is another step in her career and a part of her education. What she learned from performing from the confines of her bedroom for so many weeks was what it meant to do everything. “The challenge here is you are your own set designer, you’re the technical director, you are your own lighting manager, lighting board person, lighting director, music and sound and costumer.”

One of the other surprises that she didn’t expect when starting the project was the energy from the audience that she felt even though they weren’t even in the same room. “It gave me a little bit of that adrenaline back.” She knows the experience has forever changed how she will approach roles in the New Normal.

“You can’t be the same actor you were before. It might not work.”