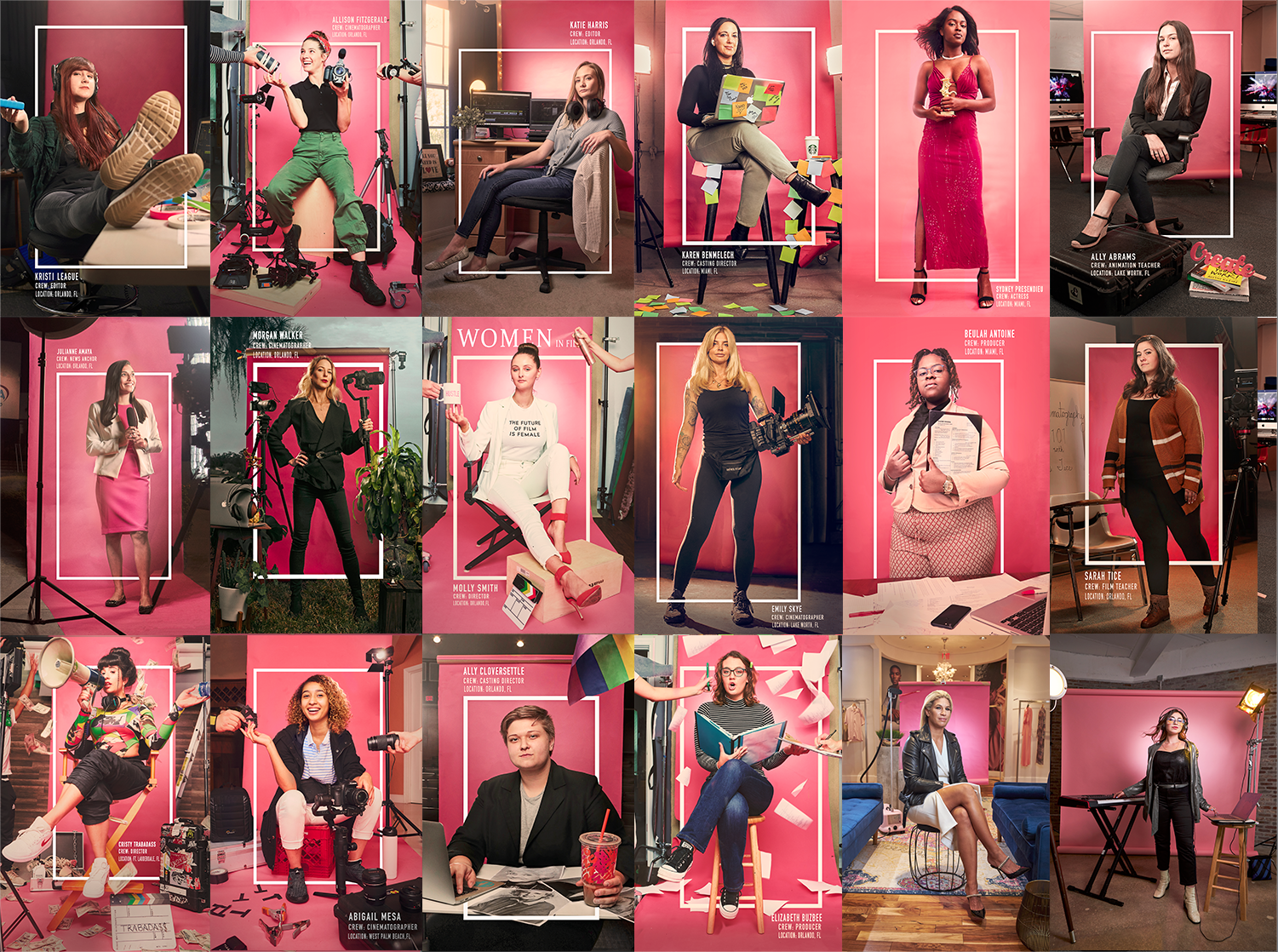 Networking is a way to have your finger on the pulse of women who work in the movie industry, and now, thanks to an ongoing project by Miami-based photographer Eli Dreyfuss, networking between them has gotten easier.

The Women in Film Project was founded in 2020 to give women a chance to offer each other a helping hand (and a step up) to those who are not far behind.

“I want to bridge that gap between this generation of filmmakers and those who are established and have been at it for 10,15, 20 years. [They can] inspire the next generation to take up their camera to tell their own stories and together we can work to shape the future.”

The project centers on photoshoots which are aimed at highlighting women filmmakers and their accomplishments. To date, over 20 photoshoots in 10 cities have provided a spotlight to those who participate.

Dreyfuss says that the original idea stems from a college classroom assignment and a desire to change things for the better. The campaign cites the lack of women in major roles who work behind the scenes.

“I asked myself, ‘What can I do in my power to help change that,’” he wondered. “My power is through visual storytelling, so I decided to use the tools that I have available to me to make somewhat of an impact and move that needle forward.”

His goals for the project are ambitious.

“I want to hit 100 stories within the next two to three years. We currently have about 40ish. I would love to feature stories, not just in Florida, but all around the country and around the world. where we can build a platform where anybody can go in and submit their story and we publish it on our website.

“The second big goal is for it to be a national ad campaign. To have these photos displayed in a public setting as life sized portraits and to display these photos inside of a building, or a billboard or magazine where those individuals can get the recognition they deserve while impacting the next generation.”

Part of Women in Film’s strategy is utilizing social media and a podcast to help spread the word.
“We started an online hashtag project,” said Dreyfuss. “It features the work and stories of incredible members from all around the world.

“The cool thing is that all the members of this project and non-members can now interact where they can not only network with those readers, but also hear their stories, see their work, and ultimately hire them on projects.”

Has he witnessed any success?

Casting director Karen Benmeleh agrees. She is part of several Miami based participants who are part of the project which includes actress and model Sydney Presendieu, and producer Beulah Antoine. “I’ve definitely met a lot of amazing people from all over the world that I would have never met,” said Benmeleh.

She credits the project for helping her deal with obstacles she faces in her profession.

“Sometimes being one of the younger people in the room or being the only female in the room is challenging. But I’m just happy that we’re in this project together. All the women are so strong and powerful.”

Antoine is hoping that the project will have a far reaching impact for those who submit their stories.

“Basically, the most important thing is spreading awareness about women and film and women in the industry.”

With continued support, Dreyfuss believes that the project will ultimately achieve this goal and help those who need it the most, particularly those who are at the outset of their career.

“I firmly believe that every single person has a unique story and voice and that’s what makes us beautiful,” he said. “Because you know, we’ve all been there. We’ve all been in those beginning steps, where we feel isolated or we feel like our voice is not necessarily important. But every story needs to be told. And I think this is one way to do it.”