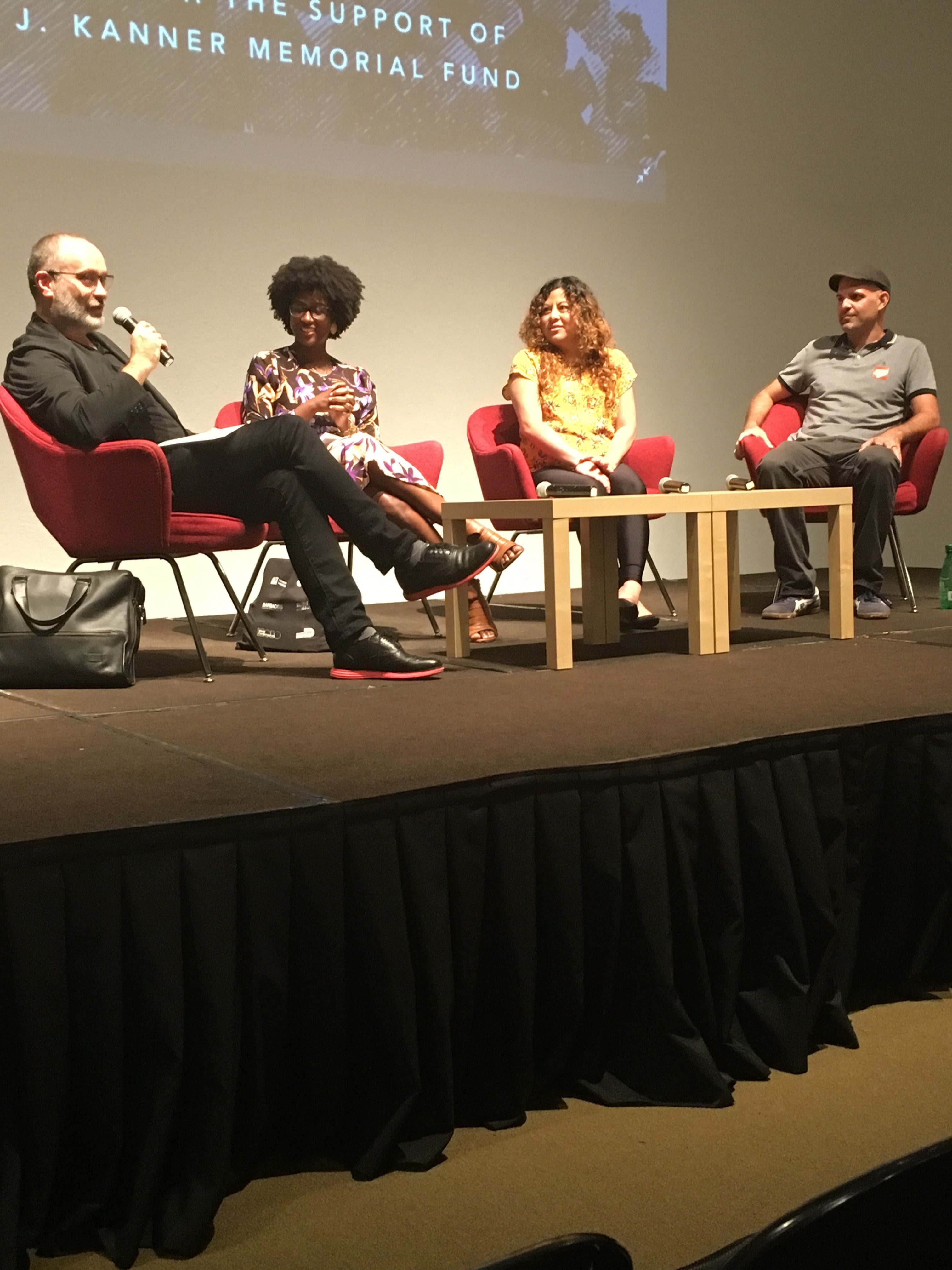 The term “starving artist” is something too many creatives in Miami know all too well. Recently, a trio of artists, all of whom have carved out a successful career for themselves, came together on a panel to discuss Art & Community at HistoryMiami.

He led the conversation with multi-faceted muralist Daniel Fila (aka Krave), Mikhaile Solomon, founder and director of Prizm Art Fair, and Diana Contreras, muralist, artist and elementary school art teacher. Solomon and Fila are Miami natives and Contreras is Peruvian-born but has lived in Miami since her college days.

The evening’s discussion centered around how the three artists have created a community or ecosystem and how that helps them grow.

They first delved into their backgrounds and how that influenced their careers from Solomon’s background as an architect; Fila’s formal training as an artist; and how Contreras took up art education to support her art career.

Fila, whose studio is in Little Havana, said the neighborhood is his direct community but his artist community is “people I’ve communicated with including those from Wynwood but also from all over Europe. I try to engage on social media if I’m interested in getting to know the person.”

Contreras, who also works in Little Havana, said she loves how everyone in Little Havana knows each other and what she strives to do through her art is encourage people to get up and paint.

Solomon fell into a career in the art world when, after studying architecture, she was unable to find work (it was 2008 during the economic crash). “That’s when I put my project management and adaptability skills that studying architecture taught me, to create a life working with artists,” she said. Her work with artists from the Diaspora including African-American and Caribbean artists is how she founded the Prizm Art Fair. In five years, Prizm has grown from showing 25 artists to hundreds.

Kolasinski also shared how the landmarks in Miami were his GPS when he first came to Miami and how he used them to get around “because I was always lost and because of this, I feel landmarks need to become an identity compass.”

Fila struggled after finishing his art studies, finding no freelance work and that tough environment inspired him to take to the streets and create work that truly expressed his personality.

“In 2004, I developed an angle to start a conversation, then in 2007 I got a studio followed by a publishing contract which game me confidence,” he said. He now gets regularly commissioned for work and has established a circle of people that he can trust and are reliable “but it has taken a while to create that circle,” he said.

Contreras’s art career, which took off after she was an established art teacher, grew through social media. Her first mural in Wynwood garnered lots of attention — “those were like billboards and my way into getting displayed at galleries,” she said. She eventually was commissioned to work on the “Suicide Squad” film when she was found by someone through a Google search.

All three also spoke about art as a business from different perspectives. Solomon spends a bulk of her time seeking sponsorships and writing grants as a way “to adapt to the business landscape and ensure it benefits the artists and they make money.”

Fila simply gets out there and “takes a wall,” he says, “especially in Wynwood. To me, muffling your voice as an artist is simply unacceptable.”

Contreras likes to leave her art to interpretation and paint what she feels. She loves the idea of someday mentoring future artists and sees herself in that role in the future.

In Solomon’s future is a plan to have a panel with directors from art spaces that were once abandoned locations.

Because of their work in Wynwood, the issue of gentrification was addressed by both Fila and Contreras and both spoke about Bill Fuller, a developer, and their respect for him because he works with artists to keep them thriving in Wynwood.

This panel discussion was part of A People’s History of South Florida Program Series sponsored by the Marcia J. Kanner Memorial Fund. The series looks at Miami’s history, from early settlers to its current evolution into a global city. Discussion points will include immigration, civil rights, gentrification, and other topics that help tell the story of the Magic City. Check the calendar at http://www.historymiami.org to find out about the next discussion.