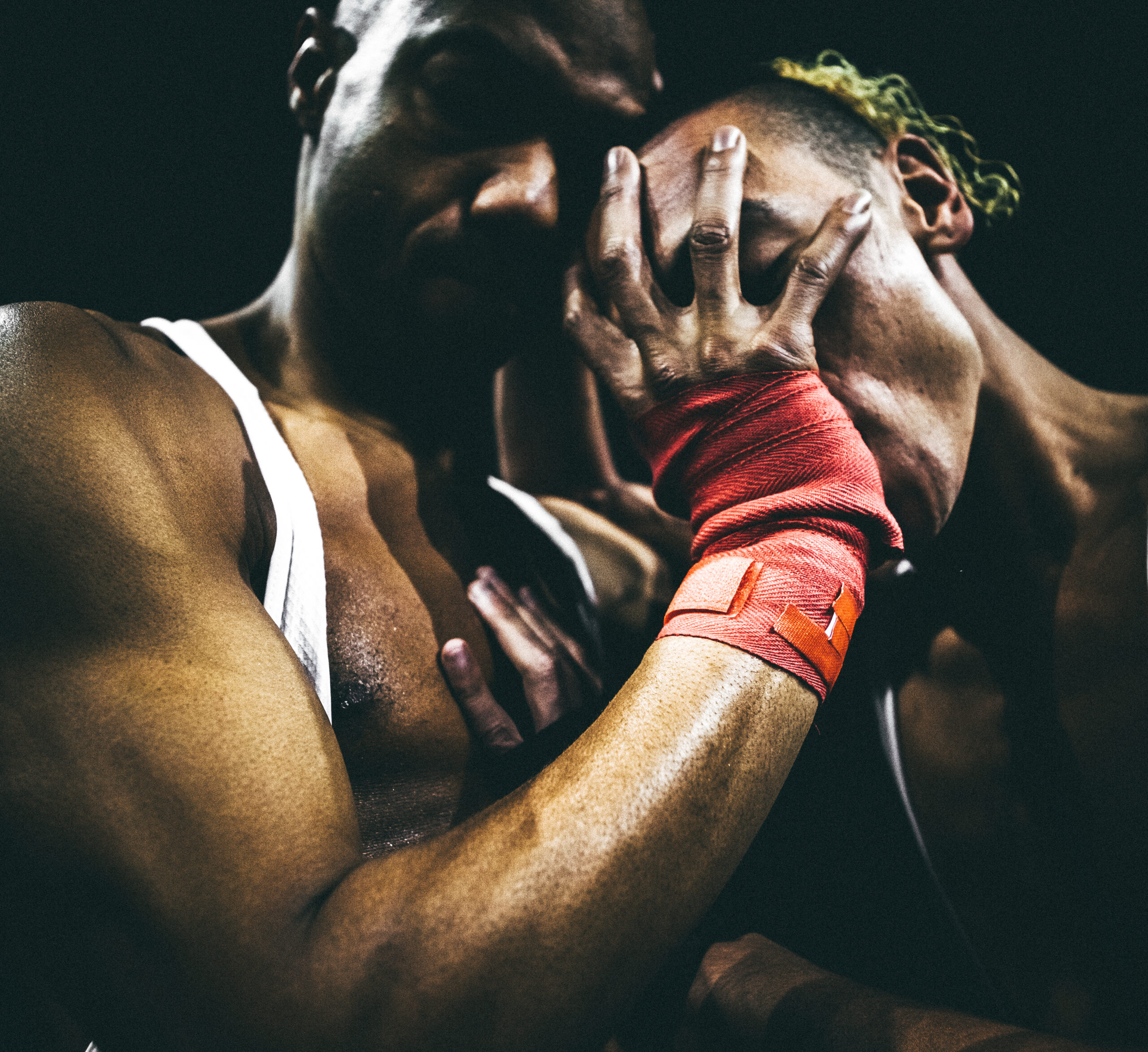 All within the boxing ring. It is the epicenter of a ferocious struggle. Opponents engaged in mutual combat with a goal to dominate and vanquish each other, utterly and completely. For some, it is just a competitive sport. Others regard it as a brutal display of savagery.

Shamel Pitts, a Brooklyn-based artistic director and choreographer, frequently questions its validity.
“I never understood the entertainment value of other people watching two men, especially men of color, beating the crap out of each other,” remarked Pitts. “I am repulsed by it but instead of looking away I looked towards it.”

And what he saw has caused him to come away with a completely different perspective.

The two will perform in South Florida’s premiere of Touch of RED which is presented through a partnership between the Miami Light Project and YoungArts.

The event showcases TRIBE, an Afrofuturistic arts collective led by Pitts and will be shown from Thursday, Nov. 3 through Saturday, Nov. 5th at the Miami Theater Center. 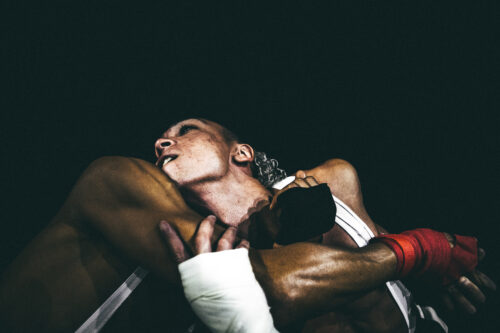 Touch of RED will look beyond the intensity of the physical struggle, the push and pull of competition, and filters the sport of boxing through the lens of choreography.

“Boxing is a partnership. There’s a lot of movement and dancing when the boxers move around each other in the ring,” said Pitts.

“Muhammed Ali said ‘Float like a butterfly. Sting like a bee.’ So studying his footwork within the context of moving your body in the ring also led me to other dance moves like the Lindy Hop.”

It’s a language he knows all too well.

“I dance and I will always dance,” said Pitts. “It’s my way of moving through and in this life.”

Pitts deliberately uses the platform of dance to challenge standard notions of what it means to be male while exploring the idea of effeminacy. 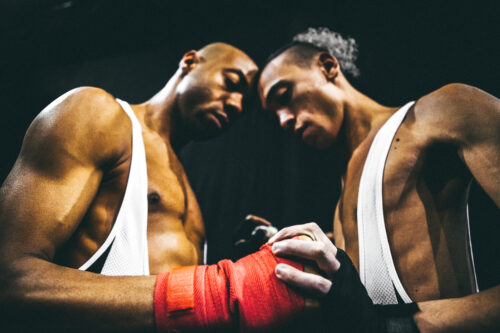 He was inspired to tackle the topic after witnessing the conversations sparked by a Brooklyn mural by Tatyana Fazlalizadeh. It features a man next to a flower with a message stating, “Let Black Men be Soft.”

A spirited debate ensued with some eschewing the original premise. Others made their own statement by defacing it.

“The text was wiped out,” said Pitts. “And there was further input from people in the community that would say, ‘Let black men be strong.’ ‘Black men can’t be soft otherwise we’ll be preyed upon.’ So there was this whole conversation within the community and… I found that incredibly interesting. The artist, herself, went back to the mural and collected responses from the community and added it to the mural from all sides. And so as black men we encompass all of the things that are part of this community.”

And for Pitts, “Touch of RED” is a continuation of this conversation but without one crucial element: “No one should expect to see us boxing with each other.”