Listening to an author talk about their process is an honor, as well as listening to them talk about why they do what they do, and what it means to them. “We’re interested in why they wanted to be a writer, their writing life, what they are interested in,” said Brickell Avenue Literary Society Board member Leila Kight, “You can hear authors read from their books elsewhere. What we’re doing is special, and it’s done in an intimate setting, a true opportunity for the author to open up and talk about what is important to them.”

The literary scene in Miami has come a long away. Years ago Books & Books had a couple of stores, and the Miami Book Fair was a lot smaller. Inviting an author to talk about their process was something new, and there was nothing like it in Miami when the Brickell Avenue Literary was launched in 1988 as a marketing initiative by Ray Marchman of Northern Trust. 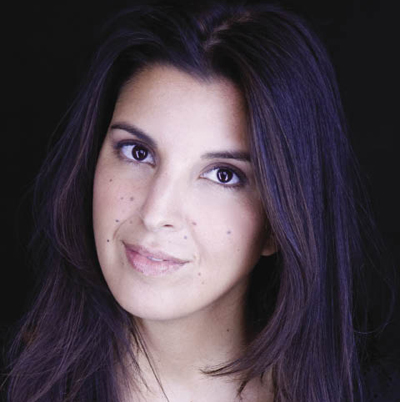 Over the past 20 years there has been a waiting list to get in. And that was because the Society wanted to keep the experience intimate. They’ve since moved from their small dining room at Northern Trust to a larger space at Temple Israel in downtown Miami. “We still don’t want to make the Society too large. We have a maximum number we will accept,” said Society board president Pam Rogers, who was introduced to the Brickell Literary Society experience by her father. “My father first brought me, and I loved it. As a guest, I was only able to attend twice a year. After my two visits per year were up, I waited for three years for a space to open up. When I got the call, I was so happy. Even with an in I couldn’t get in,” she laughed.

The 2016-2017 season line-up of the Brickell Literary Society is a balanced, thought-provoking, and definitely a horizon-busting mix of top talent, all of whom have been selected by Books & Books owner and Miami Book Fair co-chair Mitchell Kaplan, who knows his audience very well. “Sometimes Mitchell suggests an author we are not familiar with,” explains Leila, “he’ll say, you will. And he’s never disappointed us.”

This year’s combination of fiction and non-fiction, philosophy and memoir, are all strong versions, and express a multitude of ways of telling a story. Highlights of this season include Pulitzer Prize winner Michael Chabon (Dec. 12), political philosopher and only son of Susan Sontag David Rieff (April 19, 2017), Fresh Air’s book critic Maureen Corrigan (Feb. 16, 2017), American Book Award winner Chitra Divakaruni (March 17, 2017), and Aaron Thier (Jan. 19, 2017), who received a review in The New Yorker by Elizabeth Kolbert who wrote that Thier’s latest book Mr. Eternity is “shrewd, smart and funny.”

Leila loved when both Michael Cunningham and Ann Patchett addressed the Society. Two golden moments stand out when reminiscing about the many presentations she has experienced: when Joel Grey shared his book of photographs and when Christopher Plummer attended — “the ladies were just so thrilled. He did a wonderful job, very regal, elegant.”

What is compelling about attending a Brickell Literary Society event is the dialogue that naturally ensues and the companionability that develops between seat-mates at each of the tables. Because of how the program is organized and what is expected of the author, conversation is a positive by-product of the afternoon. There is nothing better than hearing something you did not know, and having the opportunity, and the time to sit and chat, to share, discuss, and explore these new ideas with individuals with whom you are sharing a meal.

The barriers have indeed been broken down, and the program’s design inspires conversation, dialogue, and a give-and-take that is normally and traditionally not experienced at an author’s reading and book-signing. We’ve all been to a book reading: after the reading there is usually a long line in which we wait in to get our book signed. And even if we’re not too shy, we have only a few moments to express ourselves in private conversation with the author who looks at us with genuine warmth, attentive to our sputtering and sometimes idiotic comments, before welcoming the next open book and incoherent and witless statements by the next in line.

It is the Society’s private touch between author and reader, and between reader and reader, that explains the longevity and internal strength of the Brickell Literary Society here in Miami. If you have a chance to experience one of their gatherings, I highly recommend it.

A ticket includes a catered lunch, a 30-minute talk delivered by the author, followed by a Q&A dialogue, and a signed book. “We’ve evolved,” said Leila. “The Society has lasted as long as it has because what we’re bringing to Miami is unique. We work hard to select authors our members can learn from, which over the years have included winners of the Pulitzer, Nobel, Mann Booker, and National Book Awards. And everybody has their own story — that is what I find most interesting.”

The next gathering of the Brickell Literary Society is this Fri., Oct. 21 at noon when Miami’s own Patricia Engel shares her lit life behind, and beyond, the written word.