The Underline: A Space For Community, Leisure, and Art 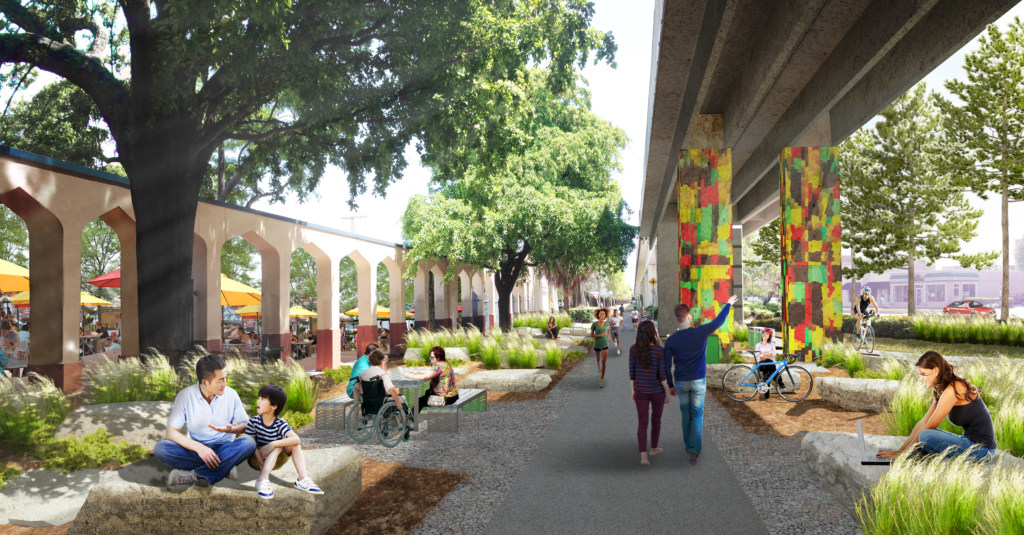 Have you ever asked yourself what use could be the endless corridor under the train tracks here in Miami-Dade? Meg Daly asked herself this question one day while walking under the lines.

Meg Daly discovered the space under the tracks in 2013 after having a bicycle accident during which she broke both her arms and consequently couldn’t drive. She had to resort to public transportation to go to physical therapy. She would take the Metrorail near her home and then walk the rest of the way, underneath the train tracks, to her destination.

Doing so, Daly noticed that the corridor was wide and literally the “road less traveled.” She was practically the only one walking there, and the idea of The Underline came to her mind. She saw the potential of the unused space that could be used to build communities, for leisure and art.

Daly founded the organization Friends of the Underline, whose goal is to “deliver and activate a 120-acre, world-class linear park spanning 10-miles below Miami’s Metrorail that will transform regional mobility and celebrate diversity, culture and lifelong learning,” as it explains on theunderline.org.

Today, The Underline is well underway. The first phase (Miami River to SW 13th Street) started in 2018 in Brickell. It should have opened to the public since last year, but was delayed due to the pandemic. “Covid delays are not helping at all,” Daly said. “But I think our timing is good. People are valuing the outdoors now, and there’s renewed interest in walking and biking,” she added, highlighting a hope that the project will increase Miami’s walkability while giving people a safer option for travel. “These roads aren’t safe because they’re not designed to be safe,” said Daly, underscoring the importance the Underline will have on pedestrian safety and comfort.

The Underline promises, upon total completion, to provide a walkable and bikeable corridor that will improve connectivity between surrounding neighborhoods, from the Miami River (Brickell area) to the Dadeland South Metrorail Station. It will also provide access to public transportation, lighting, and wayfinding. In addition to the transportation components, recreational features will include butterfly gardens, playgrounds, exercise equipment, basketball and volleyball courts, soccer fields, picnic areas, dog parks and more. 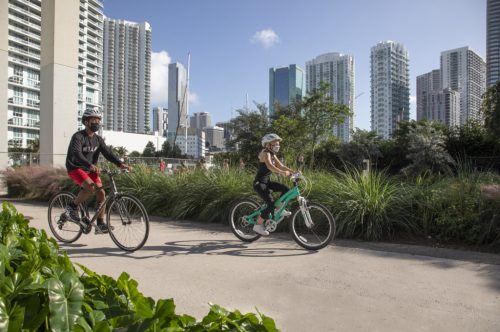 Connecting with the community

On Thursday, Jan 28, 2021, Friends of The Underline held its first community connection meeting on Zoom. During this meeting, the community could see the faces of the projects and the different aspects it encompasses.

The participants could hear about The Underline’s design and construction progress. They also had the opportunity to speak and interact with the founder Meg Daly, the Community Outreach Manager, Masi Faroqui; finally, the participants at the virtual meeting received updates from The Underline team, partners, and community members.

During the meeting, the community had the opportunity to engage with The Underline team members and was presented with some exciting initiatives. Among them, free public Wi-Fi, interacting AR Games, the creation of a Tech Master Plan, pop-up opportunities, teen startups etc. Through an interactive live poll, the participants showed great interest in safety and sustainability initiatives presented during this first Community Connection Meeting.

The Underline won’t just be a place to walk or bike; it will resonate with music, movies, dialogues and soundtracks, and other activities that will constitute its free programming, which will be offered in partnership with community organizations, according to Chief Advancement Officer, Amy Rosenberg.

“Thanks to our partners, we will have family-friendly programming such as live music, film. We’ll also have entrepreneurial programming as well as public art that is whimsical, immersive, and participatory”, says Amy Rosenberg.

A new mural by local artist Edny Jean Joseph will feature in the space, announced Daly. Also adding life to the venue are soon-to-be-unveiled art inspired ping pong tables by Cara Despain that have the dual purpose of providing visual stimulation while bringing attention to climate change. There are also planned performances by Miami City Ballet, O, Miami, and other arts based non-profits. 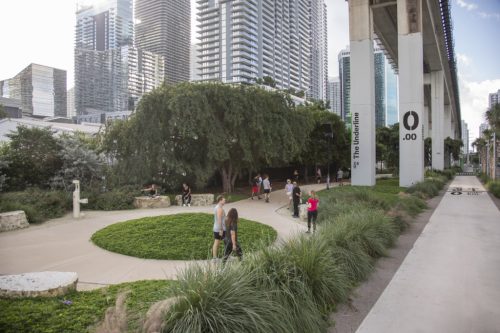 “What we’re seeing are cities everywhere looking to revitalize public space in their urban fabric,” says James Corner, CEO and founder of Field Operations, the urban design, and landscape architecture firm commissioned to bring Daly’s vision to life. “Cities are getting denser,” he continues, “and there’s a desperate need for open space.”

The Underline is a public-private partnership between the Department of Transportation and Public Works (DTPW), the Parks, Recreation and Open Spaces (PROS) Department, and Friends of the Underline.

For additional project information, please visit the Friends of the Underline webpage www.theunderline.org