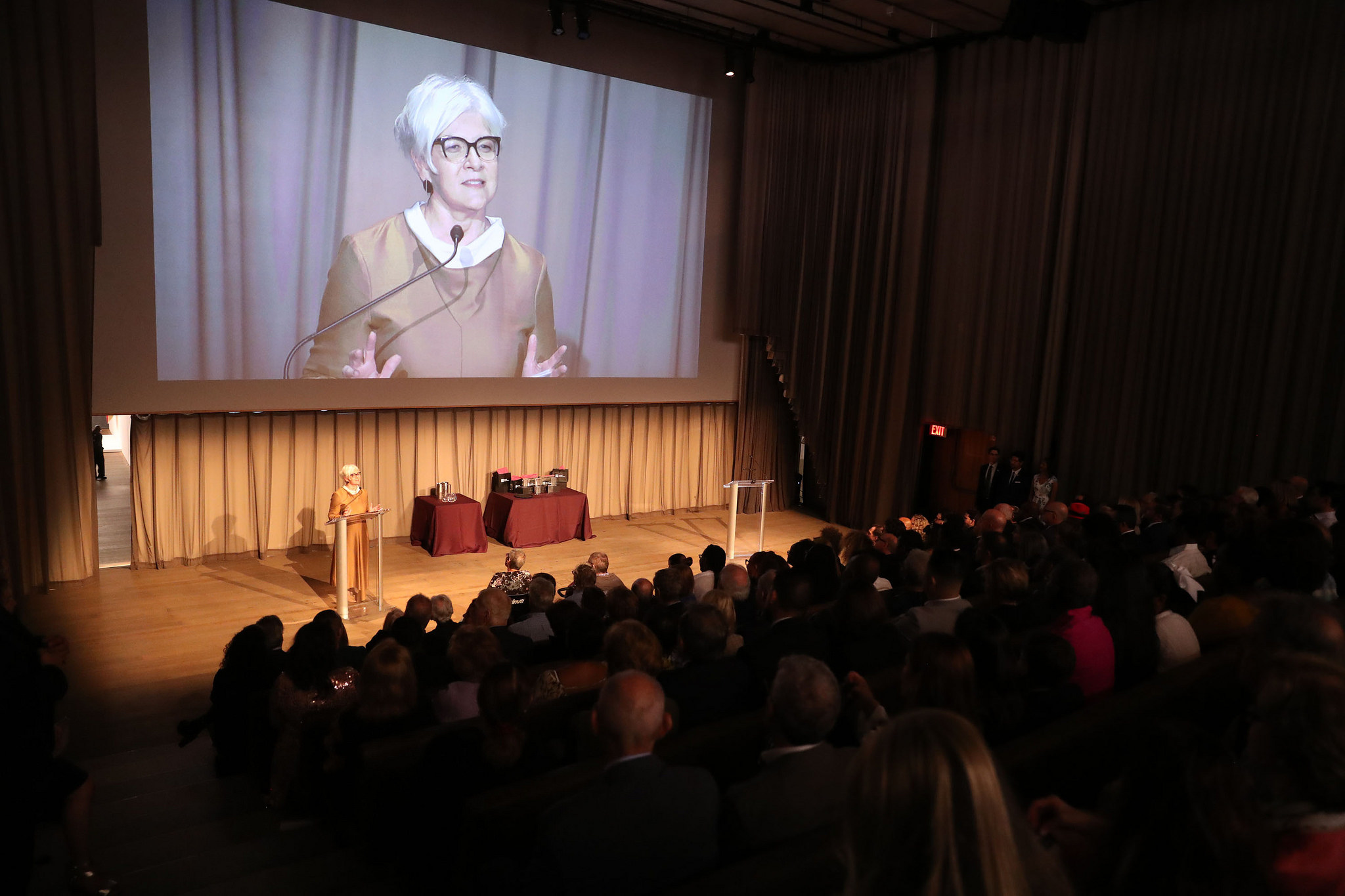 Every year, for the past 13 years, Miami’s Cultural Arts Community gathers to celebrate, honor, and recognize its change makers, thought leaders and cutting-edge creatives. This annual gathering is thanks to The John S. and James L. Knight Foundation which, since 2005 has invested more than $165 million in support of expanding and strengthening arts and culture in Miami. In a press release issued by The Knight Foundation, Victoria Rogers, Knight Foundation vice president for the arts explains, “Miami is a city of risk-takers and innovators; in no area is that more true than in the arts. We challenged our talented community of artists to give us bold ideas — arts that inspire and transform. They answered that call, capturing the spirit of Miami and its penchant for pushing boundaries.” With the support from The Knight Foundation, Miami’s artists and creatives have been empowered to make the work they believe in while improving the city they live in.

On December 4, the community convened at Perez Art Museum of Miami (PAMM) for another rousing and festive evening. PAMM has been a long-time partner of The Knight Foundation’s arts initiatives here in Miami and was the location for the original announcement, back in 2005, when The Knight Foundation began its commitment to the arts in Miami. The evening highlighted the announcement of $37 million in new funding for arts organizations, many of them mid-sized groups that fill out Miami’s arts ecosystem and honored 21 Knight Arts Champions; local leaders who have played key roles in building South Florida’s rich and diverse cultural community for decades.

The 2018 Knight Arts Champions were each awarded a grant of $10,000 to disperse to other cultural arts organizations in the community. Leaders like Joseph Adler, producing artistic director, GableStage shared his award with Arts for Learning, while Eric Fliss, managing director, South Miami Dade Cultural Arts Center divided his award between two worthy organizations, Youth Ballet and the Carbonell Awards. In the visual arts, artist and arts collector Francie Bishop Good shared her award with Young At Art Museum while Rosie Gordon-Wallace, founder and curator of Diaspora Vibes Cultural Arts Incubator recognized Edge Zones and The Peter London Global Dance Company for their efforts.

The Knight Foundation has provided funding and support to art institutions, but also to mid-sized organizations and individual artists. Miami’s arts ecosystem has been strengthened by the initiative and, with the financial support that comes from the awards, Miami’s cultural community has grown and thrived, making our city a vibrant, cultural center. Organizations and institutions such as New World Symphony, Institute for Contemporary Art, Miami New Drama and O, Cinema Miami provide cultural programming through the support of the Knight Foundation, contributing to the overall wellness of Miami and its citizens. “Art and culture bind people to place and to each other. A dozen years ago, we saw an arts community that could be leveraged to make art general in Miami,” said Alberto Ibargüen, Knight Foundation president. “One hundred and sixty-five million dollars over a decade says we’re serious about this. The latest $37 million says we’re delighted with the impact and are shifting focus more toward the middle-level arts organizations and with a much greater emphasis on the creation of art in the city.”