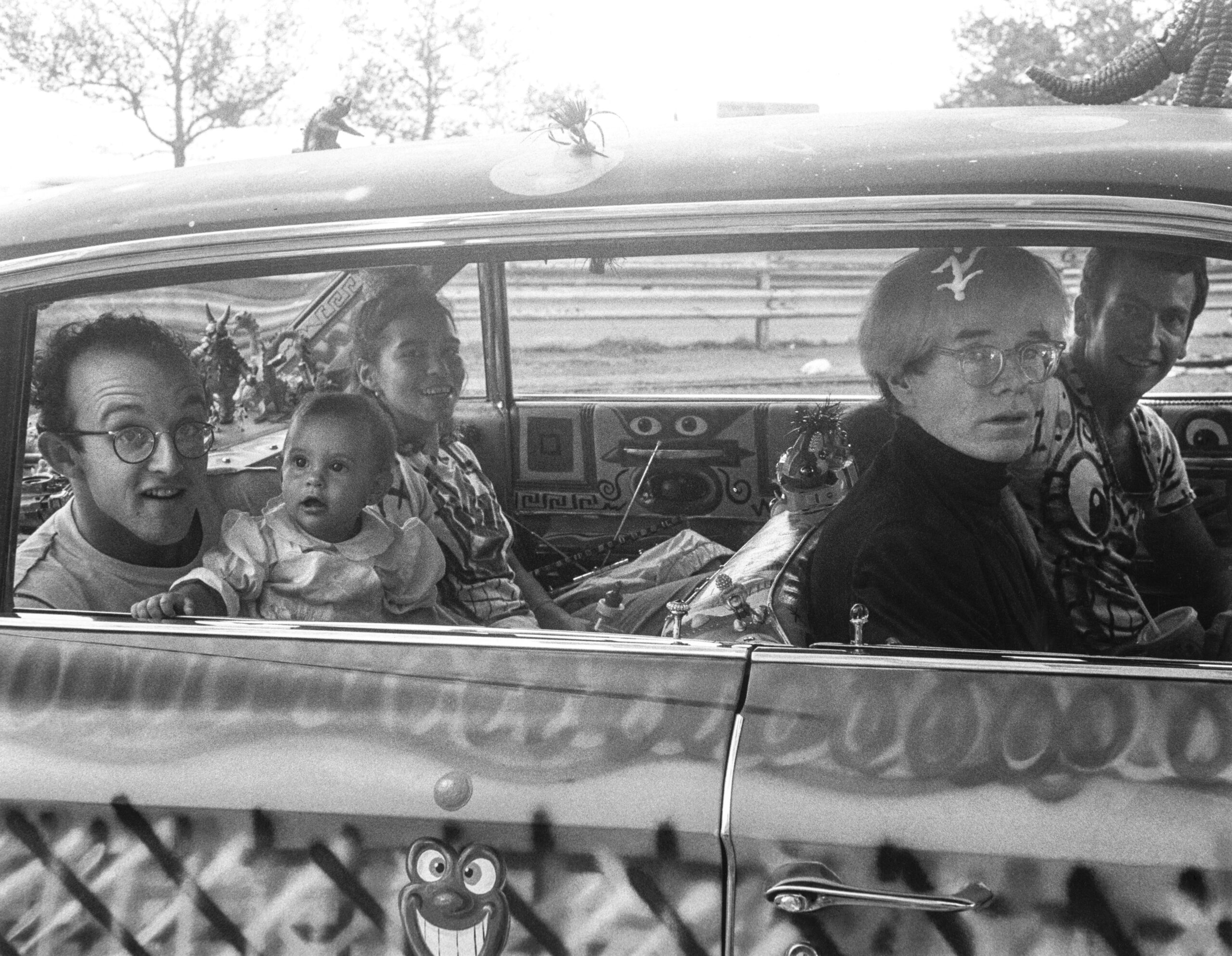 Kenny Scharf and Wife in Car with Andy Warhol and Keith Herring – Image by Eric Kroll, used with permission from the artist. Courtesy The Betsy Hotel.

In an exhibition dominated by photography, Ray Tenorio’s pieces are an exception. His mixed media artwork is a hodgepodge of ever changing colorful imagery sprinkled with political references and a heavy dose of Yoruba symbology. Stare at “Journey of Life” long enough and an arm transforms into an elephant. Glance away and you’ll have to figure it out all over again. Yemaya stands off in the distance in another piece, as a bare-breasted Oshun prepares to make her way.

“You can look at [his pieces] for hours,” said Lesley Goldwasser, co-owner of The Betsy Hotel and curator for the show. “It’s really quite incredible.” 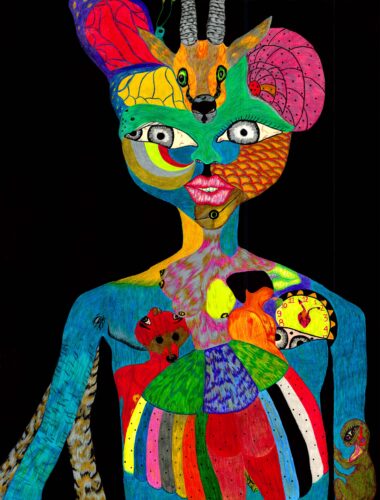 The journey of Life, by Ray Tenorio. Photo credit the artist; courtesy of The Betsy Hotel.

Art lovers can stop by and see for themselves during Miami Art Week. From December 1 to 3, 2022, The Betsy Hotel will be a hub of artistic activity as they host a free event showcasing an international slate of artists including underwater Caribbean photographer Nadia Huggins, contemporary artist and best-selling author Eric Kroll, and mixed media from Sri Prabha. Passionate for literature, the hotel has included new artist books by Kroll, Alessandro Sarno, and one containing images by professional dog photographer Carlos Andres Cruz, as part of the exhibition. 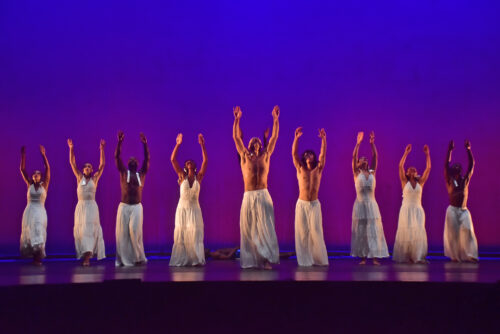 The ensemble in Kalinda Wash from Ancestral Ground-choreography by Peter London, Photograph by Edison Boodoosingh. All Rights Reserved; courtesy The Betsy Hotel.

A dance premier by the Peter London Global Dance Company will round out events and will perform several times during the event in response to photography by Zimbabwean artist Tamary Kudita.

Her pieces include “Thoughts of a Black Man” and are an example of her ability to capture the essence of her subjects and present it to the viewer with dramatic flair. Kudita is looking forward to bringing her body of work to the public.

“I created a series of fantastical portraits. Some of them are more realism. Some of them include aspects of romanticism in the sense of the style and the color. It’s merging both the aesthetic of what is real and what is fictionalized and how that overlaps,” explained Kudita.

“The world is filled with limited facts and plenty of information, so in this, I think it’s important to acknowledge that the things we own, the clothes we wear, the furniture in our homes, tell stories of who we are and what we value.” 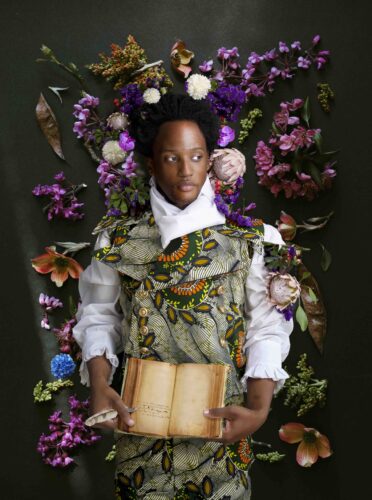 Thoughts of a black man, 2022. Image by Tamary Kudita; courtesy The Betsy Hotel.

Goldwasser said that this is part of the reason why she is drawn to Kudita’s work. Another is the powerful way that Kudita captures African culture while launching a discussion of historical issues in a powerful way.
“She is using fabric and fashion and design and not in an angry or bitter way,” observed Goldwasser.

Through the exhibit Goldwasser hopes to provide exposure for artists like Kudita who may not necessarily be on everyone’s radar. Tenorio, for instance, is employed at the hotel as a part time waiter when he isn’t exploring Expressionism or delving into Surrealism.

“I’m drawn to the under-appreciated and the up and coming,” said Goldwasser.

What: Miami Art Week at The Betsy Hotel
Where: The Betsy Hotel, 1440 Ocean Drive, Miami Beach
When: December 1 through 3
Cost Free
For more information call: (305) 760-6900 or visit thebetsyhotel.com