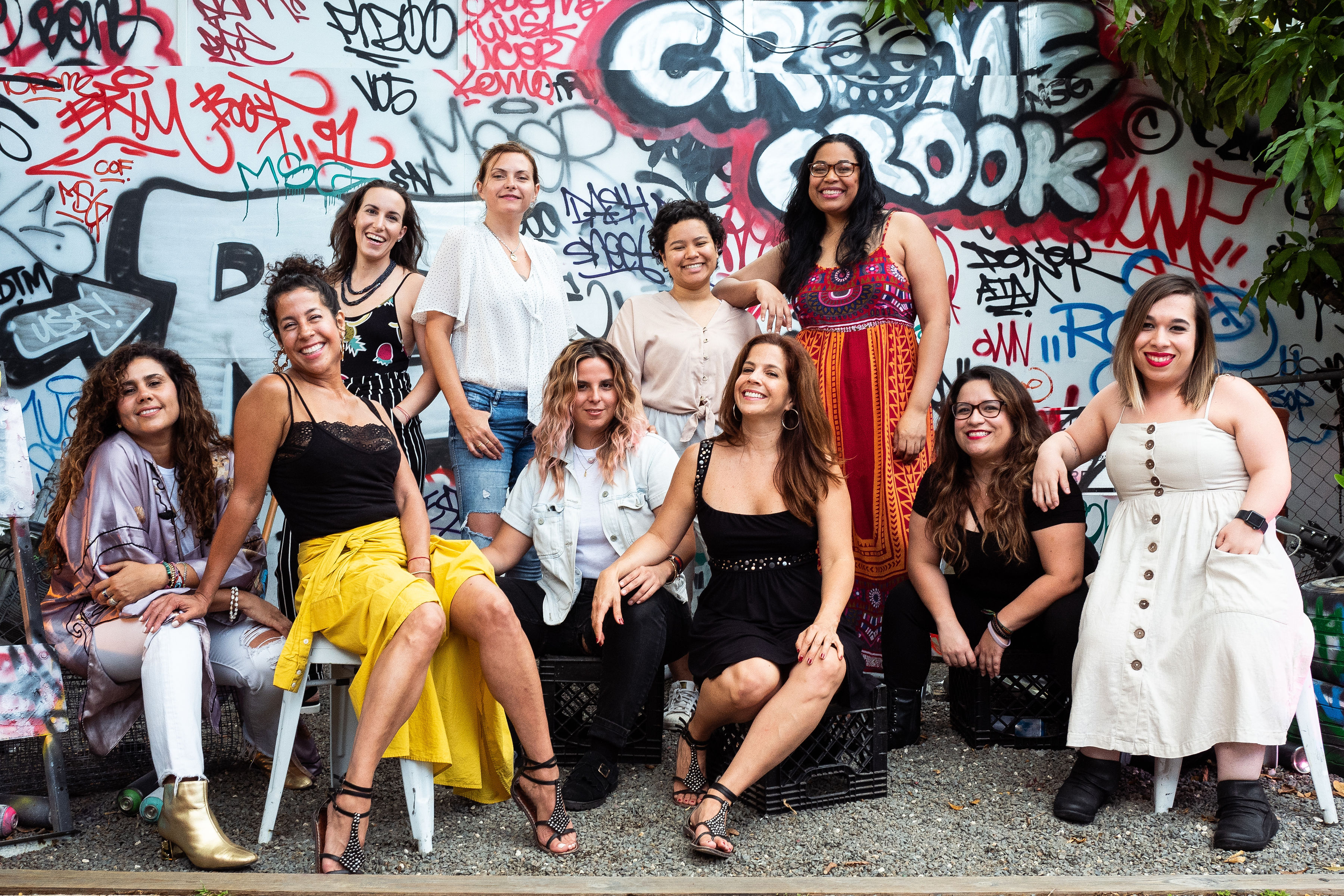 Bravo began the conversation by taking the audience back to their days on Biscayne Boulevard as Drama 101 when they “were doing straight linear theater, and when I met Juan Sanchez at the Starbucks nearby and eventually read his script for “Paradise Motel.”

Reading that reminded her of when she was cast in an immersive show during a nearly six-year stint in New York and she immediately realized she wanted to produce an immersive play. A  conversation sparked between her and Juan which led to them working together on Miami Motel Stories.

“The first challenge though in producing something immersive was where to activate it,” Bravo said. She did say that “getting the buildings has gotten easier, but not activating it.”

When asked by Christine how he felt about his play being presented this way, Juan said “I was excited and nervous about doing immersive theater.”

He went on to say that “diving into the history of Little Havana, where I was a resident, was exciting and as we’ve done more productions it has gotten a little easier.” 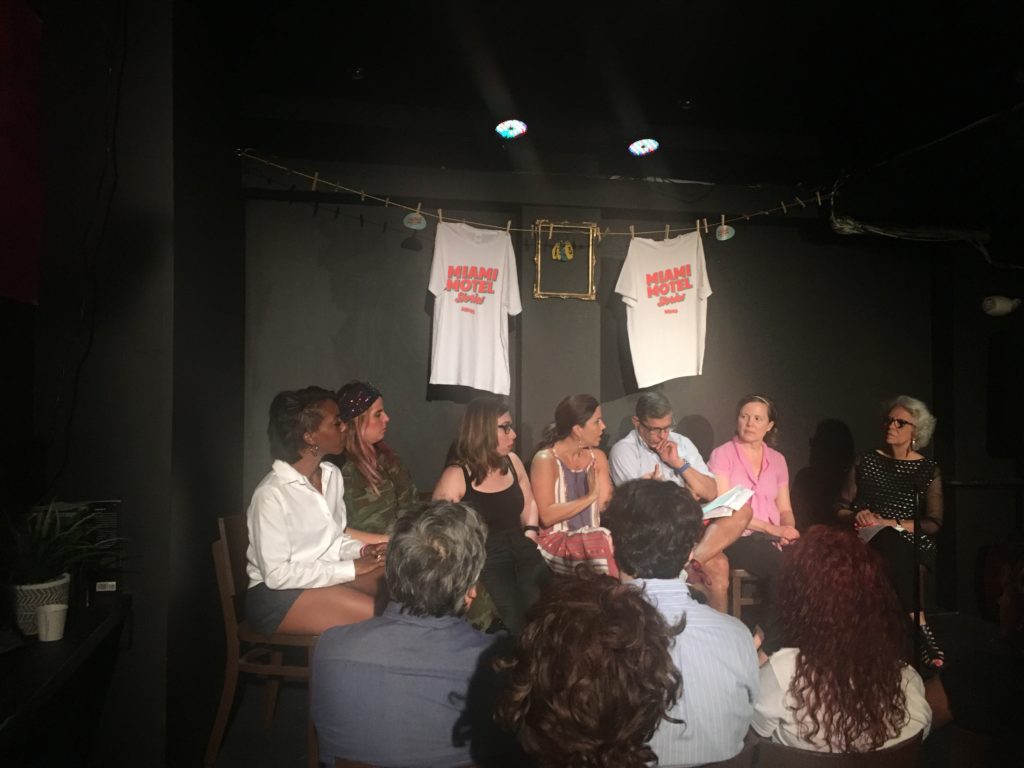 For each project, Sanchez collects as much information as possible to learn the evolution of that particular demographic.

“I look at the intersection of demographics of the differences in the neighborhood and this leads me to the next step, the concept,” he said. “Then we move on to how the audience will discover the story and figure out how immersive and interactive we want to be.”

As the acting and vocal coach, Jennifer said “it’s about being fully aware of the audience and keeping the actors focused. As the director I am the fourth wall, you have to engage the audience. They should be uncomfortable and live in that uncomfortability [sic].”

The approach of going into the scenes as a tourist was a conscious choice said Sanchez. “Like the audience feels I’m here, but not really here,” he said.

Jennifer said she feels “theater has lost its sense of being an active dialogue. You ask yourself ‘What is theater in Miami?’ and the answer is, it’s a reflection of a place’s history.”

As stage manager, Michelle said “keeping everything on track for Miami Motel Stories was very challenging.”

Acting in the production, said Vanya Allen who played singer Billie Holiday in Miami Motel Stories Little Havana, meant being prepared for when an actor got sick and having a whole system in place for when that happens. Since the performances took place in different hotel rooms, “we would have to close that particular door for that night.”

Also, the process of developing a character comes over time from developing the idea then working with the space. “It’s truly not done until you run it the first time,” she said. “Keeping things consistent is how you’re going to get that audience reaction.” She used the example of the audience’s reaction when she had to incorporate shooting up heroin as her character in that motel room.

“Every night the audience reaction was different. This type of work calls on you to be so smart, there’s no barrier as an actor, it’s the most challenging thing I’ve done,” she said.

The challenges at Wynwood Yard for Wynwood Stories were different, said Ana Maria because “although lighting a vignette series is very magical, the budget and actual activation are the most challenging.” Because the younger audience that attended that show was a bit more critical “you have to ensure the audience has that impact and the critics make you want to push it more.”

Tanya summed up Miami Motel and Wynwood Stories by saying “the story itself provides the multicultural nature of Miami. It’s also important to give as many opportunities to women and people of color.”

Collaboration is also vital to their mission and not having to own their own space allows for more creative freedom, “it’s just another avenue to create and keep pushing the confines of where it lives. Companies now want us to come to them and do immersive theater,” said Bravo.

Juan and Tanya had some final words of advice for the audience, which was made up of students and other creatives.

“It’s important for students to know how to produce,” she said to which Juan followed up saying to the writers in the audience “I encourage you to realize and know that you set the rules on what you write about.”

In closing, Tanya revealed that the next Miami Motel Stories will indeed be based in the North Beach neighborhood.

Learn more about Juggerknot Theatre Co. and Miami Motel Stories on their website and also visit the Pérez Art Museum website to see when they will present the next Currents, a condensed version of their past shows presented within the Museum.