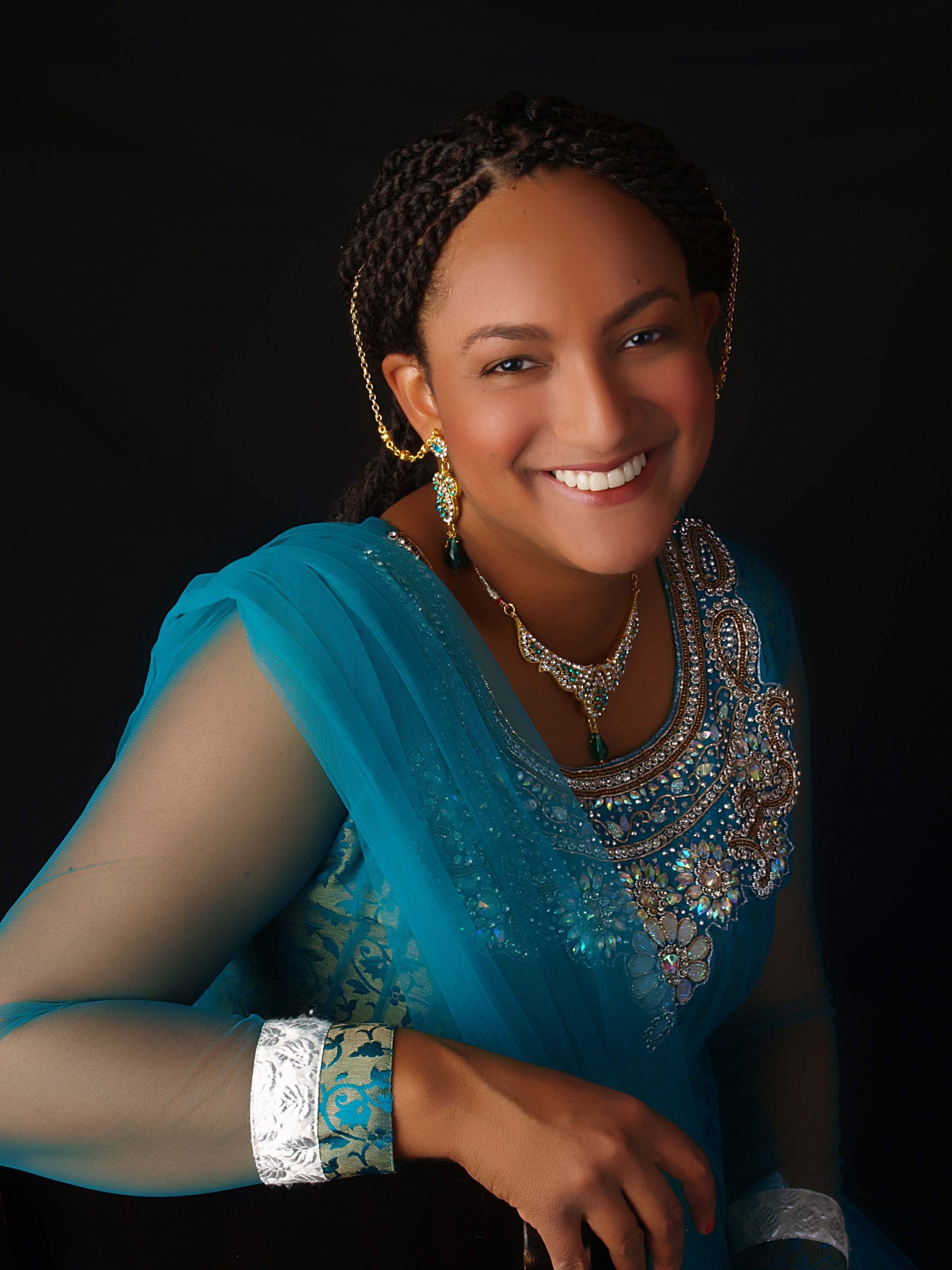 The rich, colorful heritage that is the Haitian Diaspora is in the spotlight in May during Haitian Heritage Month.

Part of that celebration is the Little Haiti Book Festival, this year celebrating its eighth anniversary, the last five in collaboration with the Miami Book Fair. Festival events are happening every Sunday in May.

“Our Festival is part of the Book Fair’s ReadCaribbean program as well as Sosyete Koukouy of Miami,” said MJ Fievre, program director for both the Little Haiti Book Festival and ReadCaribbean Program. “The Festival is their spring event then in the fall, they host a series of panels.”

Echoing that sentiment is Lissette Mendez, director of programs for the Miami Book Fair said, “we have partnered with Sosyete Koukouy once again to present the Little Haiti Book Festival, and we couldn’t be prouder about the variety of topics being covered this year.”

Fievre who has written several books, shorts stories and poems and serves as translator, was one of the presenters at the initial Haiti Book Festival as both an author and panelist.

“It really allowed me to mingle with other authors and expose me to other people in the Diaspora too,” said Fievre. “The Little Haiti Book Festival has always been a great, thrilling event because it’s all about Haiti and of course being part of the Diaspora I love that it helps me reconnect with my roots.”

At the beginning, the festival committee was very small and then several years into it, the Miami Book Fair expressed interested in supporting them. They wanted to help with logistics and of course Fievre and the organizers loved the idea.

Collaborating with the Miami Book Fair meant Little Haiti finally got the exposure that the widespread Book Fair audience offered. That audience included people from as far as Key West to the south and West Palm Beach to the north.

“Our organization and attendance grew as well,” said Fievre. That is until 2020 when the pandemic hit and “we were very fearful because of the uncertainty of when we would come back and could we survive.”

Coming together and taking the festival online was actually a great opportunity for them to grow their community.

“By using Facebook Live we’ve heard from a Haitian person living as far as New Zealand and from Georgia here in the United States as well. We hear from a remarkably diverse, far-reaching audience during these events,” said Fievre. Like most cultural organizations, they plan to continue online presentations next year to maintain and expand their audiences.

Providing such widespread exposure was important to the Miami Book Fair said Mendez. “It’s a time for people of Haitian heritage all over the world to connect and take a deep dive into their culture for one hour a week, and for those of us who only speak English but want to learn more about Haiti, subtitles online make it easy.”

The Festival works in two ways, featuring a few select pre-recorded programs along with the live online events which people love “because they can ask questions live and we can provide the answers directly to audience members. It is great to see their reaction and be part of that conversation,” Fievre said. 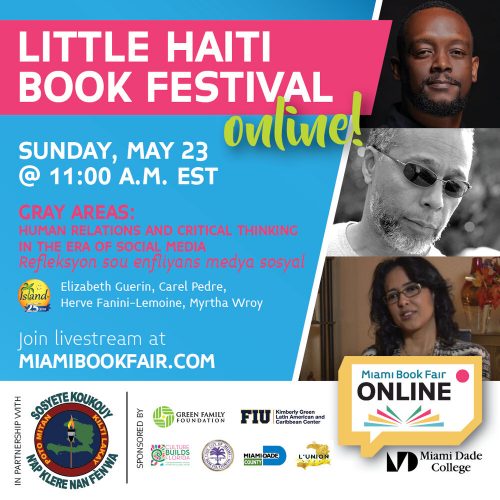 Since social media is a big part of this year’s event it makes sense that one of the Sunday presentations during the Festival deal with the topic. On May 23 four presenters will discuss “Gray Areas: Human Relations and Critical Thinking in the Era of Social Media.”

The presentation will delve into how social media has helped Haiti, particularly points people that were able to be rescued after the 2010 earthquake thanks to social media, through Facebook and What’s App. Although phones were not working for many those two means of communication truly helped save lives.

Fievre says “Haiti is a country of many extremes…violence, beauty, poverty… and social media can keep you safe in dangerous areas in Haiti and so you can plan a safer route. Our presenters on the 23rd will also discuss the misuses of social media, when it is used in a negative way.”

To close out the Festival on the 30th they are presenting a full program for kids with storytelling as a reminder that books and storytelling remain at the heart of the Book Fair’s mission.

“We keep it at a level that’s great for the kids and I know my niece always looks forward to these kid’s segments. Also, we offer subtitles so if they do not speak Haitian Creole, they can read along,” said Fievre.

The month-long festival is a true culmination of a decades-long goal by the Miami Book Fair “to include and represent all members of our community and with the support of the Green Family Foundation, we’ve been able to create programs that honor our Haitian family in Miami and beyond, said Mendez.

WHEN: Sundays through May 30