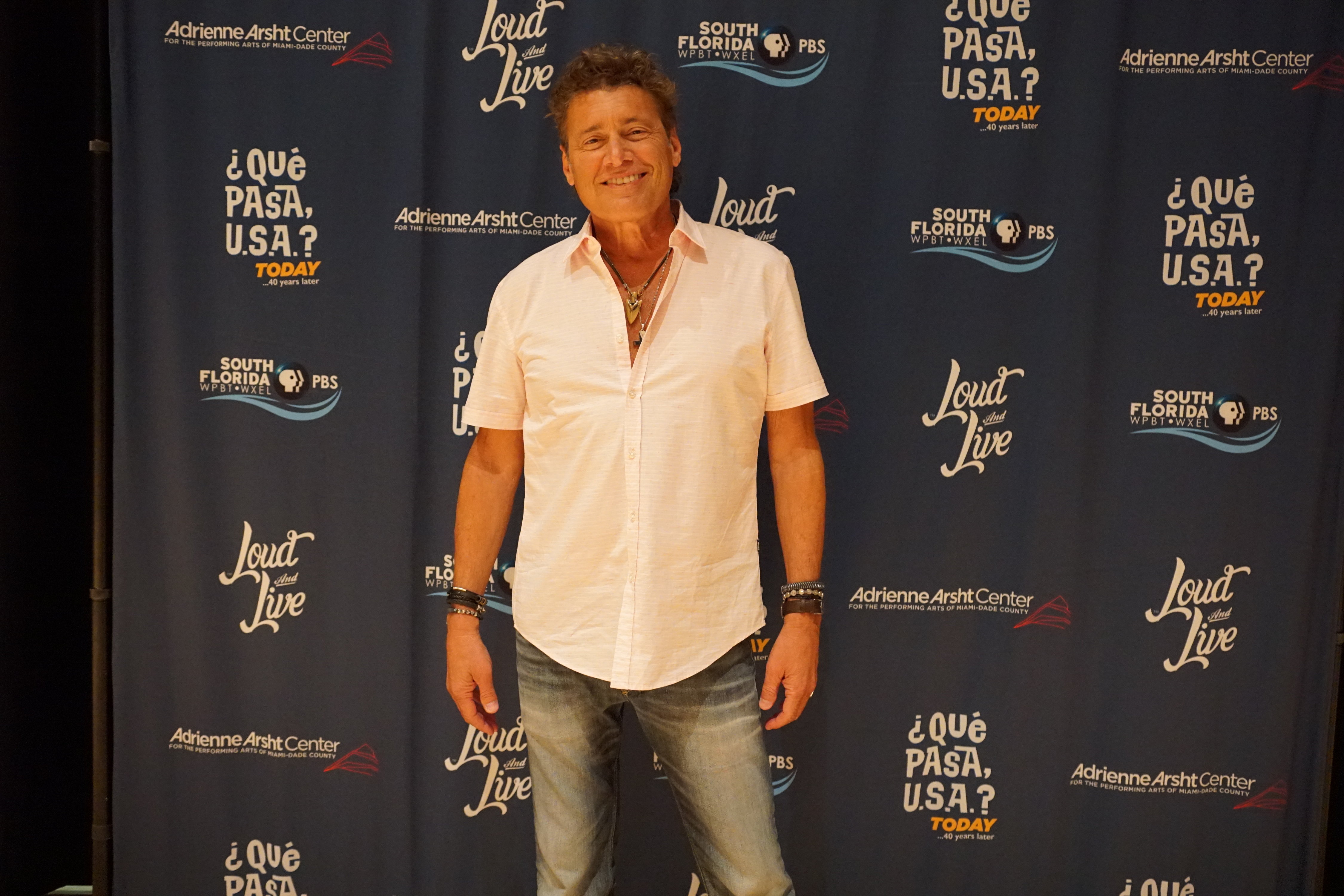 It’s official. Steven Bauer has signed on to star in the revival stage production of “Que Pasa USA? Today…40 Years Later,” playing May 17-26 at the Arsht Center. Prior to taking the stage in a few weeks though, Bauer is hosting a few master classes, the first of which was held April 26 at the Arsht Center.

Casually dressed in loose jeans and a button down, the salt and pepper haired Bauer flashed that famous smile and immediately transported us back to the 70s and his days on the “Que Pasa” set. 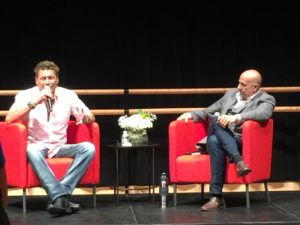 Bill Teck, founder of Generation ñ and part of the Loud and Live team that conceptualized the play, moderated the discussion that took us through Steven’s entire career up until his current work on the Showtime series “Ray Donovan” opposite Liev Schreiber. Bauer was almost shy at first, telling the audience that this was his first stint at a master class. However, as the morning went on, he became more and more comfortable, sharing stories of his journey as a stage, television and film actor.

He spoke of his upbringing, surrounded by his abuela, an opera singer, his abuelo, a violinist, and his mom, a pianist. Focusing on football during his high school years in Miami, Bauer longed to be on stage.

“In my high school days in the 1970s, being in the arts wasn’t accepted [for] men and boys,” he said. “I’m envious of boys who can be artists nowadays and not be scoffed at.”

That didn’t stop his pursuit though. While enrolled at Miami-Dade College’s Kendall Campus he saw a poster for a production of Tennessee William’s “Summer in Smoke” and quickly auditioned. He got cast as the salesman.

From there, he went on to the University of Miami where he performed in several plays, the first one being “West Side Story” alongside his idol and fellow theater student, Ray Liotta. It was during his days at UM that he also got cast in “Que Pasa USA?” which was filmed in North Miami.

It was his work on ”Que Pasa” that got him noticed by a casting agent and how he eventually was cast as Manolo, opposite Al Pacino’s Tony Montana in “Scarface.” His work continued following the famous film with roles in the series “Breaking Bad” and currently in “Ray Donovan.” 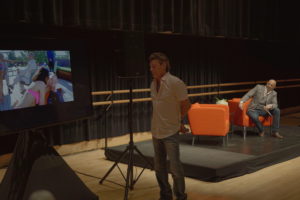 Steven Bauer watches a a clip from “Breaking Bad” before discussing his process while filming that scene.

While Steven spoke about each show and film, pivotal clips were shown of his work in each one. After each scene was done, he took the time to discuss the process during each one, all the while providing great takeaways to the students.

During one touching moment that morning, a Palmetto High School drama student approached the stage with a copy of the “Que Pasa USA?” DVD. She asked Steven to autograph it, which he graciously did. He then spoke with her at length about her dreams and aspirations of becoming an actress, doling out honest and invaluable advice from his career.

A Q&A followed, during which the students took advantage to ask Steven questions and the morning concluded with them taking plenty of selfies with him.

The next Steven Bauer Master Class presented by Loud & Live is scheduled for May 23 at 8 p.m. at the Adrienne Arsht Center.