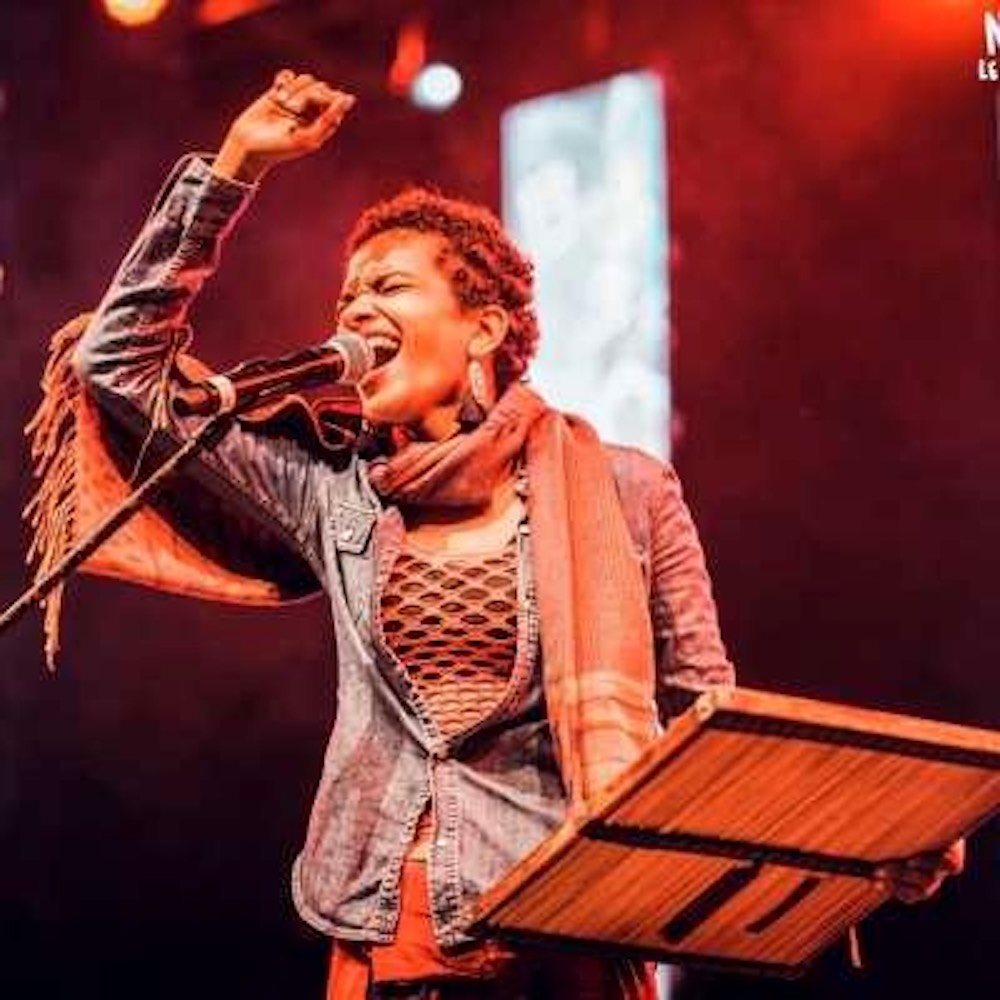 The Small Island Big Song collective, made up of award-winning indigenous musicians from the Pacific and Indian oceans, will perform at the North Beach Bandshell in Miami Beach on Friday, Feb. 25. They have been invited by Live Arts Miami to raise awareness of climate change in South Florida.

A collaboration of musicians representing 16 island nations of the Pacific and Indian Oceans, Small Island Big Song brings their voices to the North Beach Bandshell in Miami Beach in an event that addresses issues of climate change and sea-level rise affecting their regions and the broader South Florida area.

“South Florida is witnessing many of the effects of climate change, from stronger hurricanes to extreme heat and sea-level rise; we have a lot to be concerned about,” says Kathryn Garcia, Executive Director of Live Arts Miami, the Miami-Dade College’s performing arts series which has brought national and international performing artists to Miami since 1990.

Kathryn Garcia believes that artists can be powerful agents of change, and that they can bring these skills to the table. “With a problem as large as the climate crisis, it will take the efforts of everyone, including artists, to create the kind of change that we need.”

Small Island Big Song artists will be performing for the first time in Miami, Live Arts Miami confirms, with a show that combines music, spoken word, and film to address the impacts of sea-level rise and climate change on their fragile homelands.

Founded by Taiwanese producer BaoBao Chen and Australian music producer and filmmaker Tim Cole in 2015, Small Island Big Song explores the cultural connections between the descendants of the seafarers of the Pacific and Indian Oceans through the Austronesian migration, as noted on the website smallislandbigsong.com.

“We are uniting our island’s cultural voice for nature and climate action and making amazing music. Music to comfort you in confronting the reality of the loss of nature across our islands, and music to uplift you in celebrating our love for our homelands,” declared Australian Tim Cole.

In response to a question about the importance of artists raising awareness about environmental issues today, Cole explained that “our culture and sense of self are shaped by our environment, who in turn shapes our relationships to the environment. “The fact is that our planet’s ecosystem is collapsing around us and we are not responding with the urgency it demands,” continues the filmmaker, adding that “As artists, we may not have the ways to solve these issues, but we can inspire the will”.

Pacific and Indian Ocean musicians, who have made the choice to maintain their culture, to sing in their languages, and play their native instruments, have mixed their lineages with contemporary genres such as roots-reggae and beats, grunge, RnB, folk & spoken-word. In doing so, they developed a contemporary musical dialogue between cultures as far flung as Madagascar, Aotearoa (New Zealand), Taiwan, Mauritius, Marshall Islands, Papua New Guinea, Tahiti, and Rapa Nui (Easter Island). 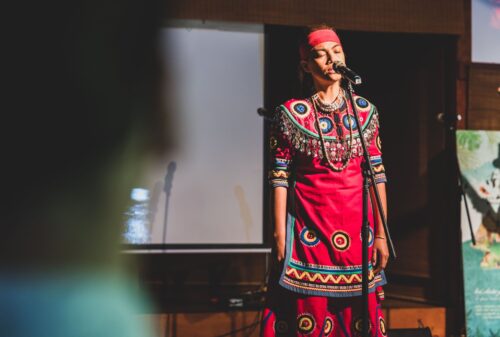 “We are thrilled to premiere their music in Miami for the very first time with a live multimedia performance,” stated Live Arts Miami’s Executive Director about what was described as a “One coherent jaw dropping piece” by Rob Schwartz – Billboard.

“Ultimately, we hope that Small Island Big Song’s visit to Miami creates a spirit of interconnectedness and solidarity between our two regions on the frontlines of the climate crisis. Though we are separated by great distances, we are stronger together, united against the shared threat of rising seas,” added Kathryn Garcia.

Through the musical journey of island nations of the Pacific and Indian Oceans, audiences will gain a deeper understanding of their culture.

In the words of co-founder Tim Cole, on February 25th the public will witness “the soul, spirit, and groove of our island homes – Mauritius, Papua New Guinea, Indigenous Taiwan, Madagascar – and the Marshall Islands on a stage framed with a narrative by Selina Leem, the youngest Speaker at COP21 Paris and cinematic visuals shot over three years visiting 16 island nations of Oceania.”

Small Island Big Song will be in residence for a week in Miami, hosting an array of educational events for MDC students and the general public, announces Live Arts Miami.