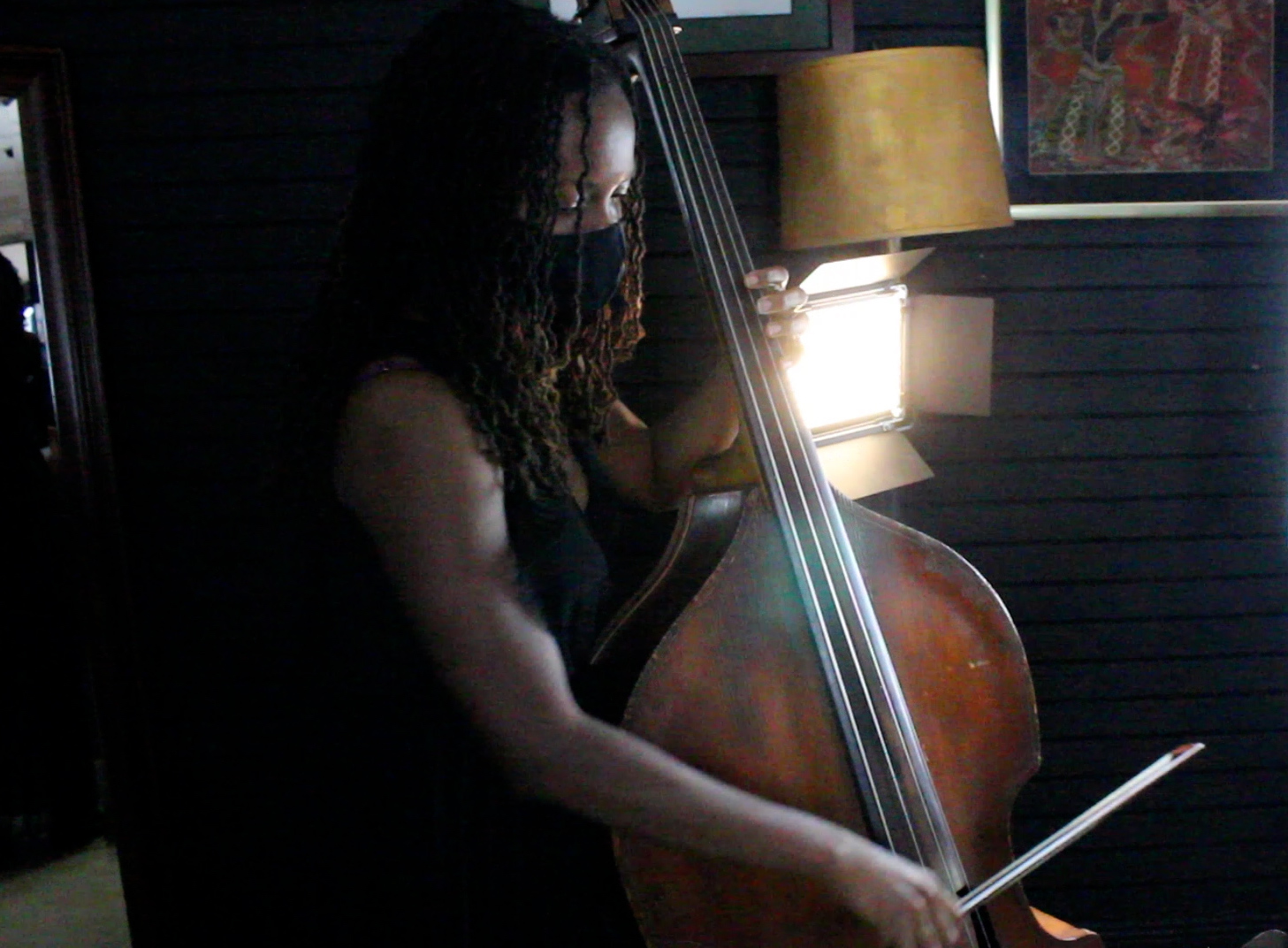 Dunkley in action at her double bass.  All photos by: by William Tasi Foncham II

I have a confession to make.

Have you ever heard of the African American music composer, William Grant Still?

That’s fine; neither had I before interviewing 2019 James L. Knight Foundation Knight Arts Challenge grant award recipient Portia Dunkley about her new community arts project, Music of the Unsung America. For Dunkley, a Miami native of Haitian and Bahamian descent and a career musician with both a BA and MA from FSU, the problem of the lack of diversity in representation and educational access within the Western classical music field (and the arts in general) were all too resonant in our conversation about Still, the African American man who was “the first American composer to have an opera produced by the New York City Opera.” 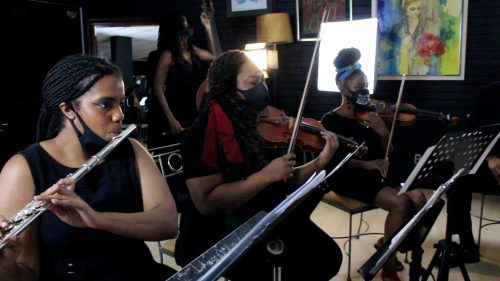 Music of the Unsung America is intended to be an “annual multi-event concert and conversation series that will feature culturally diverse chamber and orchestral ensembles, which spotlights works by Black composers and utilizing historic Black spaces as performance venues,” as described on the project’s dedicated American Composers Forum page.

It looks to use the Knight Foundation’s prestigious platform to help create spaces for dialogue about the arts – an opportunity Dunkley is particularly grateful for in today’s social climate. In staging publicly accessible, recurring, and situated performances by Black artists in South Florida, Music of the Unsung America also adopts the dual aims of increasing both POC recognition within and access to the arts in her hometown city. She refers to this series of free performances as Music Moments — the first of which, held on October 4th, was dedicated to William Grant Still’s legacy. It featured a selection of his chamber works, including the popular “The Breath of A Rose.” 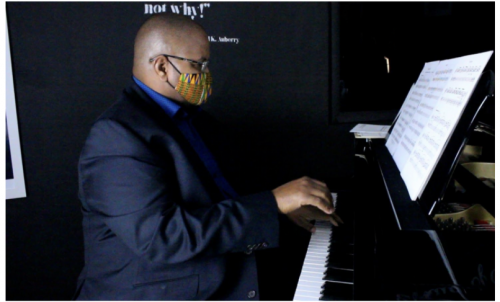 Picture this: Audience members arrive at Salvaged by Love Consignment Store (98 SE 1st St, Miami), ready for one of their first public performances since the beginning of quarantine. They are surprised to find the retail space transformed into such a comfortably socially-distanced setting which, while only equipped with fifteen audience seats, fosters an ambiance befitting the nearby Ziff Opera House.

The black-washed walls match the professional vestments of the miniature orchestra, and the improvised backdrop of yellow and fluorescent white spotlight panels provides a welcoming glow. Any prior misgivings are dismissed as the performers confidently take the stage. They have it all: a trombone, a flute, two violins and a viola, the cello, a tenor vocalist, and a grand piano, with Ms. Dunkley standing proud at her double bass. It’s an especially prideful moment – especially for these people of color. 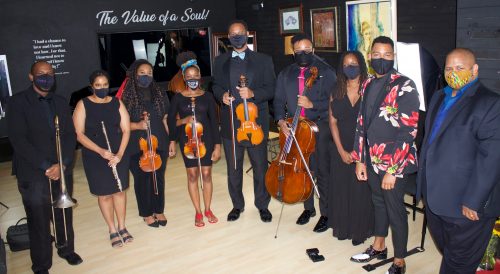 Music of the Unsung America was initially proposed as a “two-day concert lecture series,” but was reduced to a five-part miniseries due to COVID. During our interview, Dunkley affirmed having the larger, personal aim for the project of wanting “to really bring together Black and Latinx musicians in South Florida to build [a] collective, to where we’re curating our own works.” For her, part of “being the change you want to see” meant using Music of the Unsung America’ s funding opportunity to give local performing artists of color a spotlight on their virtuosity, as well as on their unique work and expertise. She adds, “There’s this communal aspect of it, and we’re also performing our works and receiving equitable pay for that.”

Dunkley hopes that the Music Moments series “will start introducing South Florida to a broader canon of classical music” through featuring “music by Black composers performed by Black musicians.” She lamented in our talk that “nothing has changed” in terms of cultural access and education in music and that there is a stark need for higher exposure for Black creatives, both for individual growth and to nourish each other. Reflecting on the potential interplay between the goals for this project and her personal business, Teeny Violini (a youth music educational program), she offered, “[Music Moments is] for kids like us, who look like us, can see themselves performing. You don’t have to look on YouTube or on the TV; we’re here.” 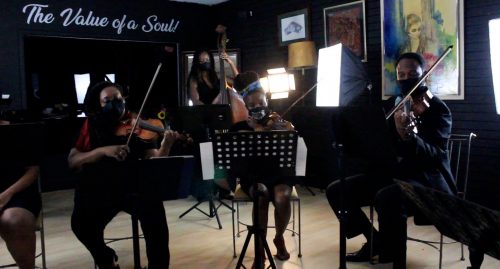 Dunkley later shared that the first performance was a resounding success. She expressed regret that it could not be livestreamed or recorded due to technical issues, but did cite the atmosphere being profoundly intimate and “feeling very real.” The concert was also very well received – being sold out and even eliciting a $1,000 donation from an unnamed audience member, who was apparently invited by a friend. Ecstatic at the results, she gave deep thanks to The American Composers Forum – as well as to Salvaged By Love Consignment, the first performance’s venue – for their role in connecting her to people who support her passion and to other resources.

The next concert in the series is to be announced in January. However, you may follow the project on social media (listed below). Be on the lookout for the project’s pop-up holiday concert in December. For more information visit Music of The Unsung America on ComposersForum.org, and follow them on Facebook, and Instagram.