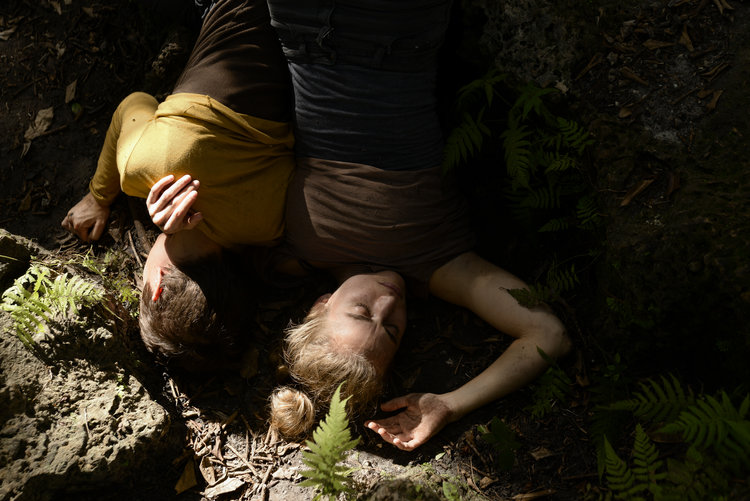 The site-specific performance series Grass Stains, returning this year, is such an undertaking that it takes a year of planning followed by a year of implementation. This allows Pioneer Winter, whose Pioneer Winter Collective puts on the series, to focus on decompressing from the previous year and also find funding. Joining Winter on the journey is mentor Stephan Koplowitz, a full-time choreographer, formerly with Cal Arts who was also in this role for the 2016 Grass Stains.

This year, there are two choreographers performing site specific works. They are Sandra Portal-Andreu, who will most likely perform at Hialeah Race Track; and Liony Garcia, whose site may be a produce warehouse in Allapattah.

Although those two sites are not a complete lock, one thing is for certain, Koplowitz will be there with them guiding them through the process. Choosing choreographers that he can mentor and help grow professionally is of utmost importance to Koplowitz, who specifically chooses Grass Stains participants that fit the criteria. 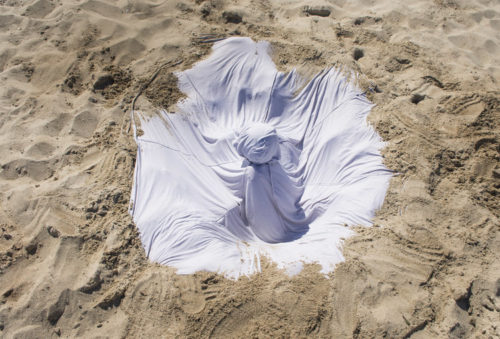 “Mira El Mar (Look at the Ocean)” by Marissa Alma Nick at the 2016 Grass Stains. The site-specific performance took place on the beach at 94 St. and Collins Ave. in Surfside. (Photo by Magical Photos.com/Mitchell Zachs)

This was obvious at a recent meeting with Winter, Koplowitz and the choreographers from both 2016 and 2018, as they exchanged ideas and sought advice from Koplowitz, whose feedback was instrumental in shaping this year’s performances to be a success.

“Last year was a full year process, this time Stephan came down in May and the choreographers will have their site-specific works from October to December,” said Winter. “It kind of shortened it a little bit and I think it helps ensure that things aren’t lost along the way. It works well that Stephan came down closer to the time of the on-site performances.”

That pow wow meeting, said Winter, will continue for years to come until there is a network of past choreographers meeting with those of the current year. The hope is to create a large enough network of those experienced in site specific work to provide feedback to the current year’s participants.

Another first this year was kicking the series off with a public talk at The Betsy Hotel and also the 2018 series being open only to choreographers, where 2016 was also open to visual artists.

The field of applicants was narrowed down to those that Koplowitz felt he could mentor and make a difference in their careers, as well as those interested in taking risks. Those choreographers who had previously expressed an interest in site performance and had done stage work were also of top consideration.

Along with regular feedback sent to Koplowitz during the process, on-site rehearsals, which he feels are the only way to develop a site-specific piece, will also take place. This will help the choreographers form the movement invention as well as make decisions on steps, choreography and costumes. 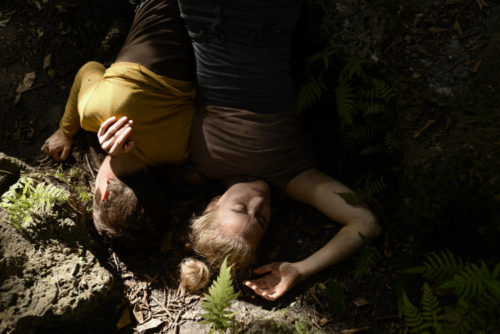 For example, at the Hialeah Park Studios (formerly known as the Hialeah Park Race Track), the site for November, rehearsing on site will determine if the audience will follow the performance to different areas of the track or simply create the entire dance in one location.

Then in December at the produce warehouse in Allapattah, the changes in temperature will be a factor for the audience. Because some of the performance may take place in a walk-in cooler, on-site rehearsal will determine how long audience members can tolerate the cold.

This year’s Grass Stains is fully funded by the Knight Foundation. However this year, falling under the Grass Stains umbrella, but funded by outside sources, is a series of seven consecutive pop up performances along Lincoln Road.

Titled “7 to the 7th” the performances will take place from Oct. 1-7 and take place simultaneously in different cities. Those cities are Miami, New York City, San Antonio, San Francisco, Athens, Stockholm and Tokyo.

“The two of us just immediately clicked so the opportunity to work with her again, even if it’s a digital collaboration, is an absolute thrill,” Winter said. He also owes a debt of gratitude to the Lincoln Road Business Improvement District, who partnered with him to aid in the permitting process for the performances.