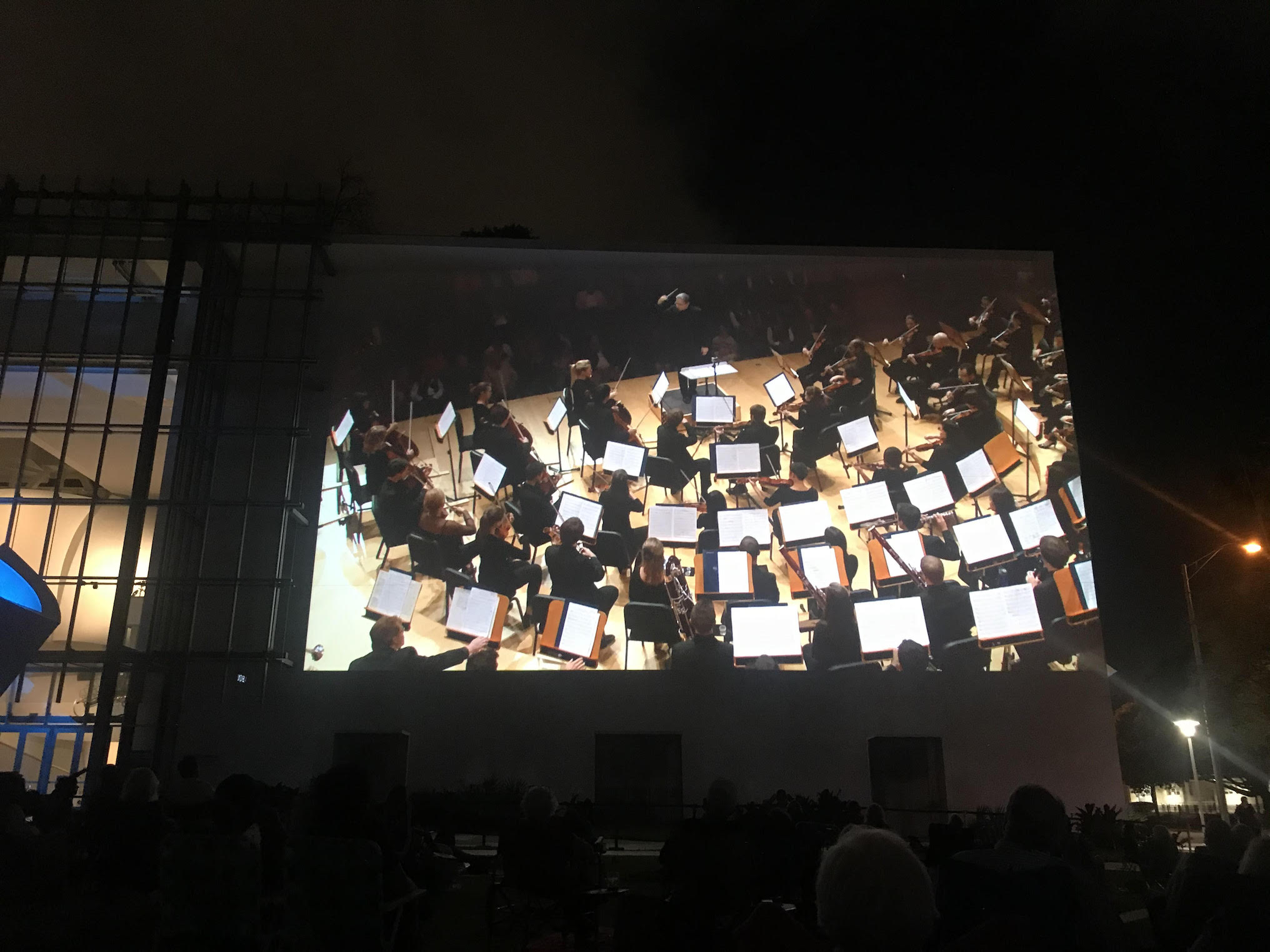 New World Symphony displayed on the Wallcast outside of New World Center.
Image by Leia Villamizar

The famous New World Symphony America’s Orchestral Academy features talented young musicians and showcases their talents to the public. For the last ten years their music has had an even broader reach, thanks to the free Wallcast showings in SoundScape Park.

This event, like all others before it, took place outdoors on the wall of Miami Beach’s New World Center. The night began with a small rain shower to which Kathleen Drohan, Vice President of Public Relations for New World Symphony said, “It isn’t a Wallcast without a little rain!” 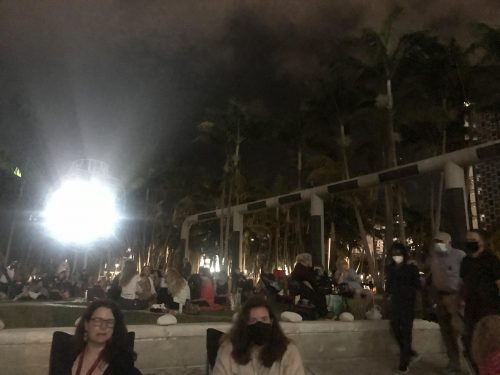 I had the distinct pleasure of meeting New World Symphony President and CEO Howard Herring, who opened the performance by calling it a “vintage” 2011 concert. I reveled in the fact that 2011 was 10 years ago!

This was my first time attending a Wallcast concert, but I had grown up on Miami Beach and often passed by, seeing the New World Center’s beautiful outdoor garden filled with people eager to be there and enjoy some free classical music. A huge projector and 10 speakers play video and sound larger than life, so that one quite forgets they are outside; the sounds of the city are drowned out underneath the mesmerizing and powerful orchestra.

Four pieces were played all from a 2011 show. My favorite piece of the night was entitled “Sukkot Through Orion’s Nebula” composed by James Lee III. I had never heard this piece before and was transported to the stars. According to New Music USA this piece “Serves as a musical commentary on the ancient Hebrew Harvest Festival.” https://www.newmusicusa.org/profile/jameslee/sukkot-through-orions-nebula/

I am a fan of percussion and the percussion team on this piece captured my attention. There are dances back and forth between the violins and drums and xylophones that transports the listener to another plane. 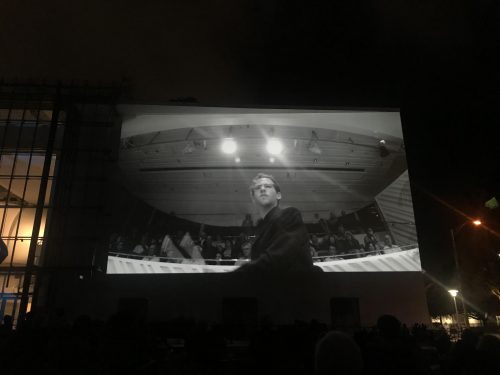 Each performance that was recorded kept with it the standing ovations provided by the 2011 audience and even people in the outdoor 2021 Wallcast audience were moved to join the applause, showing their appreciation for the hard work and amazing sound of the musicians and production crew for the evening.

I also enjoyed some unique camera angles that would not have been experienced sitting in an auditorium – either live today or back in 2011. Individual cameras were attached to the musicians instruments that provided intensity or drew attention to one particular sound in the orchestra; showcasing all the talents of the individual musicians and what they add to the piece as a whole.

For a first time viewer, it was a memorable experience. If you weren’t able to attend this event celebrating the first 10 years of Wallcast performances, make sure to stay tuned as another performance is said to be held in early March. You can learn more about NWS Wallcasts by visiting their website HERE.