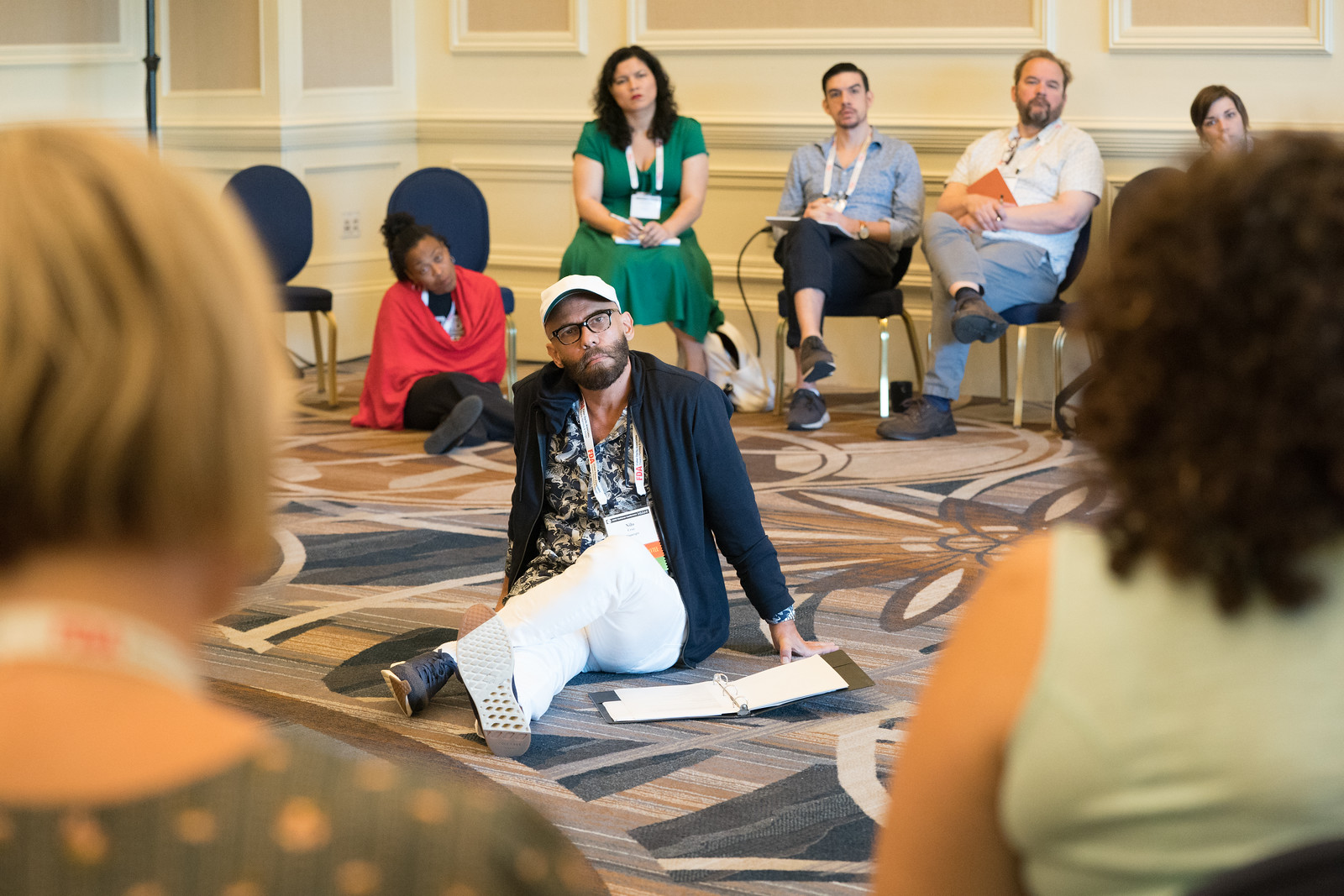 If Miami felt more dramatic than usual last week, credit Theater Communications Group, a New York-based collective of more than 700 regional theaters, universities, businesses and not-for-profits that for the first time held its national conference in the city. The group, commonly known as TCG, drew 900-plus theater professionals to the Intercontinental Miami hotel June 5-7 to address the theater industry’s numerous changes, challenges and opportunities.

As was evident by the conference’s programming and the passionate speeches and conversations that took place in the hotel’s meeting rooms and common areas, TCG’s concerns are little different than those of the event’s host city. Ideas for combating climate change, xenophobia, bigotry and even the declining state of the journalism business were the focus of workshops and panel sessions with titles such as “Anti-racist Resources for White People,” “Ever Forward: Addressing Culture Shift & the #MeToo Movement in the Theatre Field” and “Crossing Borders: The U.S. Government’s Impact on International Work.” Workshops on topics such as financial planning, playwriting and virtual reality were also offered.

“For our field, it’s a particularly good time to visit [Miami],” Teresa Eyring, TCG’s executive director and CEO said during the conference’s opening plenary session, “because this city has much to teach us about thriving in a time of constant change. For in many ways, the future of our country is already here in Miami.”

That sentiment resounded in the remarks of Michel Hausmann, artistic director of Miami New Drama and co-chair (with Miami Light Project’s Beth Boone) of the conference’s host committee. “Miami is a city of immigrants. A city of exiles. A city of refugees. Because of that, we are the most American city in the country,” Hausmann told the plenary-session audience. “America is slowly becoming more and more like Miami. And so, we have a unique opportunity here in Miami to create the type of work that is as diverse, multicultural [and] multimedia as the America of tomorrow.” 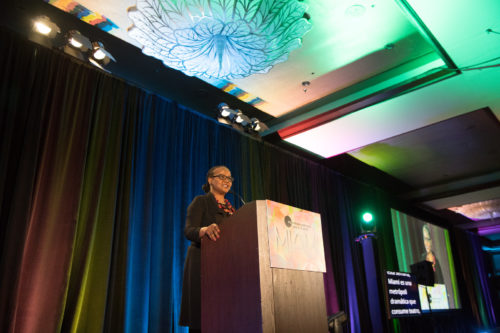 South Florida’s theater scene was, of course, well represented at the conference, with playwrights, producers, directors and actors from companies such as GableStage, City Theatre, Palm Beach Dramaworks, Zoetic Stage and New City Players in attendance, some of them as panelists and workshop leaders.

Nilo Cruz, the Miami-based, Pulitzer Prize-winning playwright of “Anna in the Tropics,” “The Color of Desire” and other works, conducted a two-part, 2 1/2-hour writing workshop titled “Creating Arresting Images for the Stage” that joined about 40 playwrights in meditation and memory exercises that had them creating characters and scenes on the spot. GableStage’s Joseph Adler, Teatro Avante’s Mario Ernesto Sánchez and Artburst theater writer Christine Dolen participated in a live recording of American Theatre magazine’s “Offscript” podcast that overcame some technical difficulties to treat the audience to a fascinating history of the local scene.

Edwidge Danticat, the acclaimed Haitian-American novelist, memoirist and self-described “manqué theater person,” delivered an inspiring, sobering and occasionally hilarious keynote address on the conference’s opening night. (Her comic recollections of writing one-act plays while a student at Brown University were painfully relatable.) While championing Miami’s diversity and lamenting its vast and widening economic gap between rich and poor, Danticat implored the theater community to not lose sight of its mission to promote empathy and compassion through its work and to not be overwhelmed by fear and opposition.

“Dream us a better world,” Danticat told the audience, “a world that looks more like ours and the one to come.”