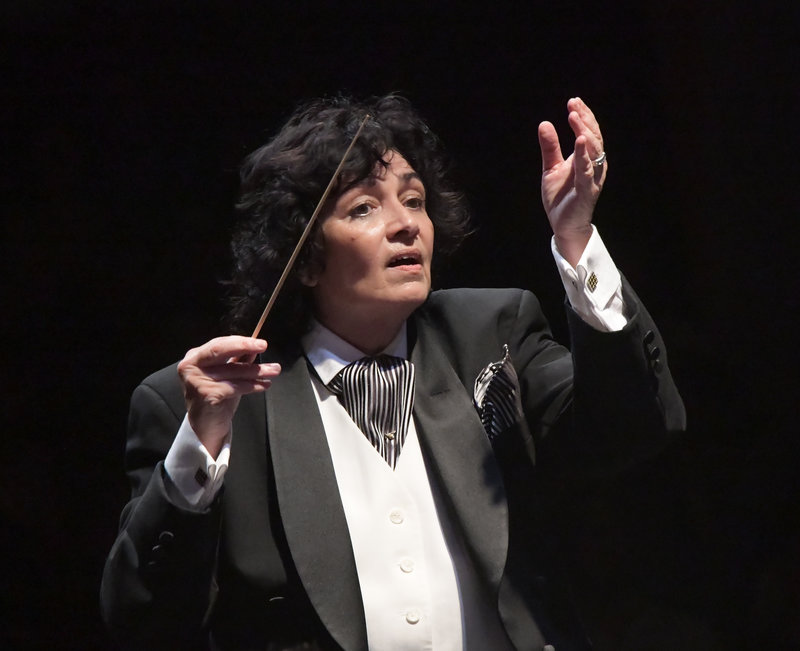 As one of the few women conductors in the US, Maestra Sebrina Maria Alfonso leads the South Florida Symphony Orchestra. She is a champion of contemporary works. Her work Freedom Crossing premiered to commemorate the 10th anniversary of the Mariel Cuban boat-crossing in which thousands risked their lives to gain freedom. She most recently collaborated with Thomas Dubois Hormel in creating a ballet with the prestigious Martha Graham Dance Company to the music of The Legend of Bird Mountain. To salute Women’s History Month, Artburst is championing women artists making a difference in South Florida.

Artburst: Tell us about your path to becoming Maestra at South Florida Symphony Orchestra?

SMA: Born and raised in Key West, Florida I developed a passion for music at a young age. That led me to pursue both a Bachelor’s and Master’s degree in Music from Virginia Commonwealth University then doctoral studies with an emphasis in conducting from Peabody Institute of John Hopkins University. In 2002, I became the first Cuban-American conductor invited to conduct Cuba’s premier orchestra, the National Orchestra of Cuba, where we received several standing ovations. Several sold out shows and years later, we received accolades for my appearances as a guest conductor with such esteemed orchestras as the Los Angeles Philharmonic, the San Jose Symphony, the San Antonio Symphony, the Pacific Symphony, the Prague Radio Symphony, the Orchestra de Rus in Sienna, Italy and the Women’s Philharmonic, among many others. I even conducted an underwater concert for over 400 divers which received world-wide recognition.

At the beginning of my career I helped reorganize orchestras, start-up orchestras and even a small opera company in Maryland for about 10 years. We started in Key West as the Key West Symphony in 1998 and after 12 years expanded into the South Florida region and changed our name to South Florida Symphony Orchestra. We moved our offices to Broward County and now perform in four counties.

SMA: Performing arts, music education, access to these concerts, recitals, etc. But it starts with education so that it becomes a part of what the community participates in, supports and aspires to. 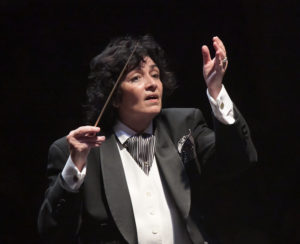 SMA: The Knight Concert Hall at the Adrienne Arsht Center for the Performing Arts is simply the best.  One gets the true symphonic experience in the venue. Miami breathes life, excitement, adventure. It gives me and my collaborators the opportunity to be creative in so many ways and to involve so many different artists, innovators and groups. That is something we aspire to and are pursuing. We are also very passionate about bringing free educational symphonic concerts to local schoolchildren giving them the opportunity to experience the symphony orchestra for the first time. SFSO now offers five educational programs:  Freedom, Tales of Legendary Florida, Piping Hot Classics, Peter and the Wolf, and Preserve the Coral Reef.  As an example, the SFSO created Preserve the Coral Reef focusing on ecology and the environment.  A newly commissioned musical score by Robert Kerr, the project was a collaboration with the National Oceanic and Atmospheric Administration, Mote Marine Laboratory, and the Teaching Artists of Artz Out Loud.  Through music, costumes, participation, and dramatization, the students became informed caretakers of our coral reefs.  Through the years the Symphony has touched the lives of nearly 35,000 children.

SMA: Always the next piece that I will be performing with the orchestra. In this case Berlioz, Ravel and Borenstein.

Artburst: From your perspective, how can we leverage the arts to build a more connected community? ​

SMA: Combining the cultures, access to everyone, having the performing arts be a part of our children’s education.