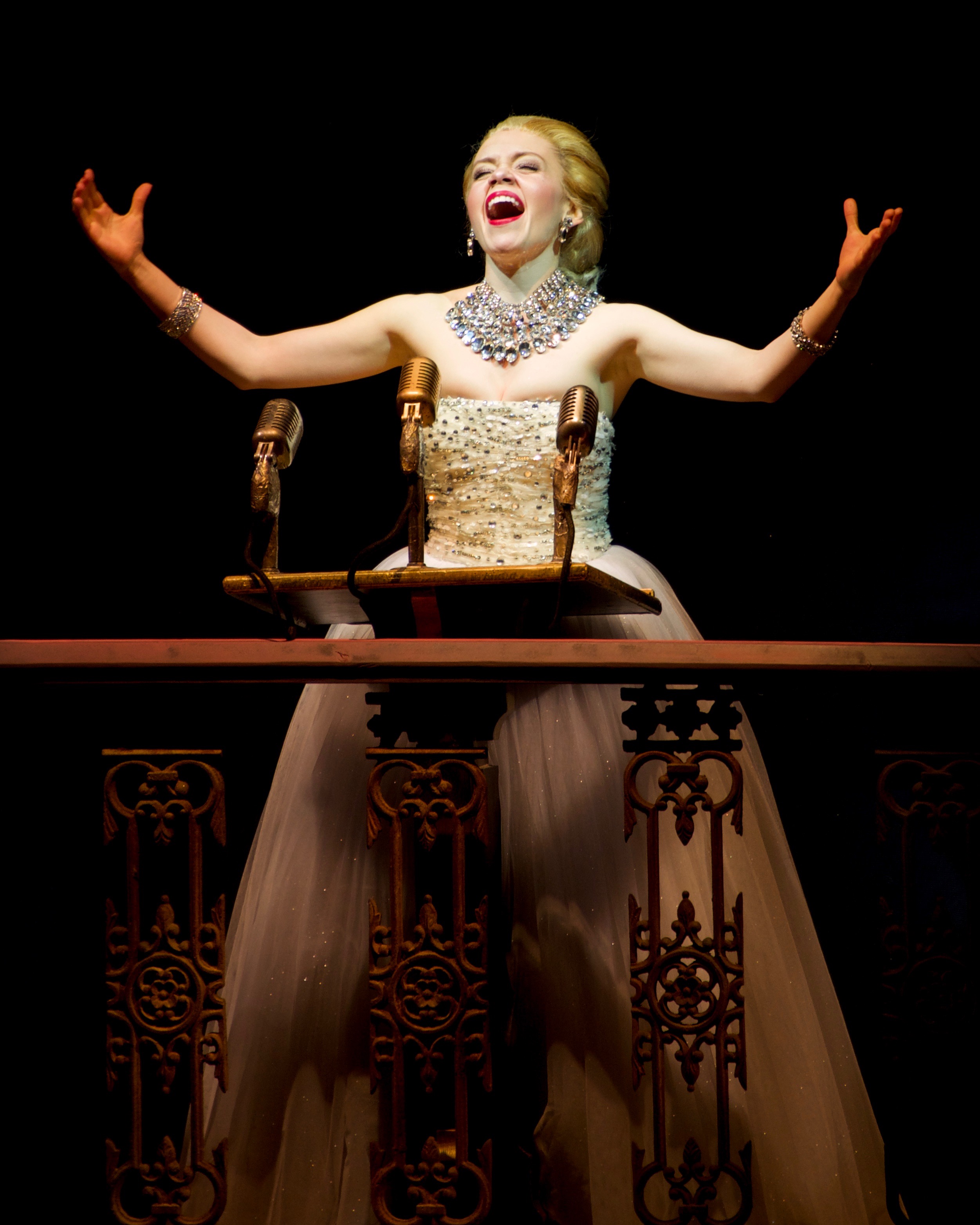 Miami’s Daniella Mass gives her all during the power ballad, “Don’t Cry for Me, Argentina,” in The Wick Theatre production of “Evita.” (Photo courtesy of Amy Pasquantonio)

“Don’t Cry for Me, Argentina” is a special song for Miami’s Daniella Mass.

The hit ballad from the Tony Award-winning “Evita” has been a part of her repertoire since she was a young girl, singing in Spanish in her native Colombia.

Then she delivered a powerful, bilingual rendition that got her noticed – and much praise – on TV’s “America’s Got Talent” in 2015.

Now, Mass gets to belt it out as Evita herself in the latest production of the Andrew Lloyd Webber-Tim Rice musical, running through Feb. 23 at The Wick Theatre in Boca Raton.

Getting the part “was unexpected, to be honest,” said Mass, who splits her time between Miami, where she has a recording studio, and Tampa. “Fate and destiny played a big role.”

Mass garnered the attention of The Wick Theatre back in 2018, when she was a guest during a concert by flutist Nestor Torres.

“They called me two years later and asked me if I wanted to audition to do the musical,” she said.

The young soprano, who moved to Miami in 2014, has credited NBC’s “America’s Got Talent” for helping her gain exposure and followers “who are so passionate and loving.” The writer-composer is known for her “Liripop” style (referring to a merging of lyrical technique and pop music), and she recently released the single, “Sola en Re Menor” (Lonely in D Minor). 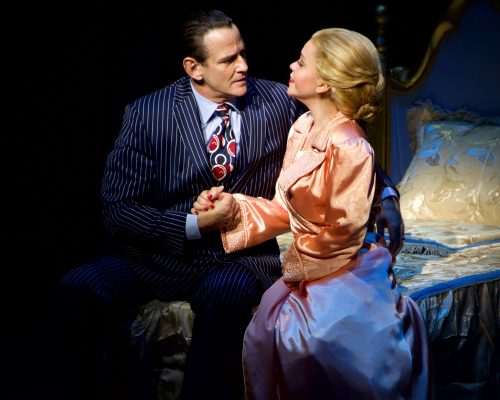 Sean McDermott and Daniella Mass star as Juan and Eva Peron in “Evita,” running at The Wick Theatre through Feb. 23. (Photo courtesy of Amy Pasquantonio)

“We were overwhelmed by her talent and wanted to collaborate with her again,” said Managing Executive Producer Marilynn A. Wick, in a statement. “Having sung with legends like Jose Carreras and Andrea Bocelli, Daniella’s soaring coloratura soprano has garnered her a worldwide fan base.”

The musical “Evita” is inspired by former Argentine First Lady Eva Peron – and charts her ascent from a poor illegitimate child to an actress to the wife of President Juan Peron and one of the most powerful and controversial women in Latin American history. She died from cancer in 1952 at age 33.

“You need to understand her past to play her in that present that we’re showing,” Mass says. “She made mistakes, and she also did great things.”

“I think what is great is that the director is going back in time to the very first version that won the Tony Award. He wants to keep it the classical ‘Evita,’” Mass said. “The lighting is amazing … The cast is wonderful … Sean has been working on Broadway for years, and he’s incredible.

“That’s going to make it a special show.”