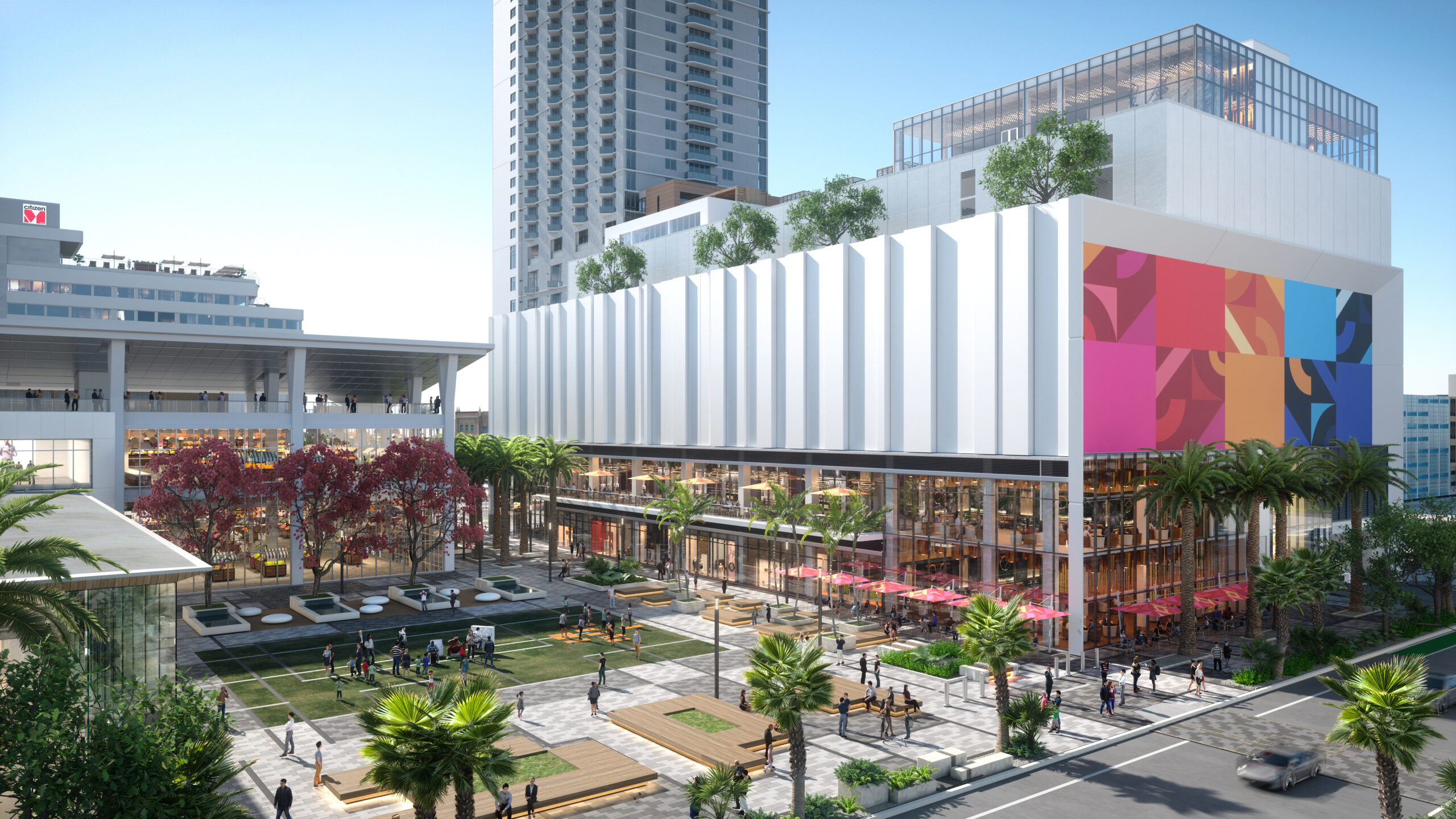 Erecting a development is one thing, making an artistic statement with it is another.

Miami Worldcenter, an ongoing project guaranteed to change the face of Downtown Miami, is moving forward, but its developers are also ensuring that it is making its mark with art.

“We live in one of the greatest cities of the world, that truly celebrates those from all walks of life and all parts of the globe, and so we want to create an outdoor museum [where] people can walk around and enjoy,” said Nitin Motwani, Managing Partner of Miami Worldcenter Associates.

To achieve this, the developers of the $4 billion mixed-use project have teamed up with a core group to infuse the 27-acre site with major artistic components.

Their vision coincides with extensive plans that include 300,000 square feet of retail space, over 5,000 residential units and over 600,000 square feet of office space on a site that encompasses ten city blocks sitting just north of downtown Miami’s Central Business District between 2nd Avenue and Miami Avenue to 11th Street. 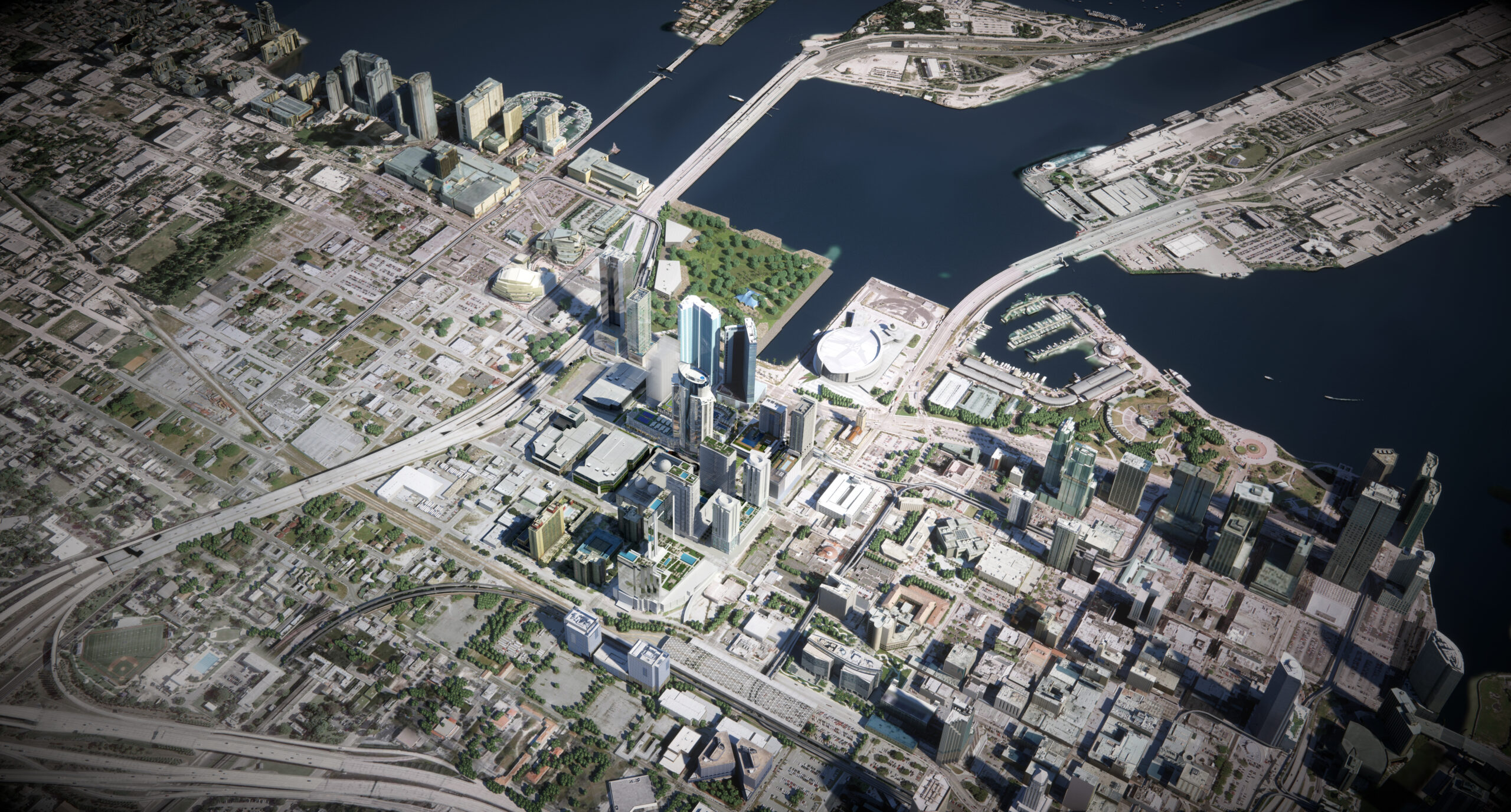 Portions of the project have already been completed and include three residential towers and approximately 176,000 square feet of retail space. An additional 124,000 square feet is currently under construction with plans for completion by the end of this year.

Once finished, visitors to the site will not only have access to an open-air shopping promenade, a public plaza, and a range of restaurants, they’ll also have the chance to indulge in a variety of large scale onsite artistic pieces.

Leading the charge to implement the $5 million public art initiative is international art adviser, dealer and curator Jeffrey Deitch. In turn, he is partnering with Miami-based curatorial collective Primary to bring the vision to fruition.

Buttressing their efforts is an art advisory committee of curators and museum directors that includes Franklin Sirmans, Director of Pérez Art Museum Miami and Alex Gartenfeld, Artistic Director at the Institute of Contemporary Art, Miami.

Motwani outlined the process of narrowing down their possibilities.

“When we looked at this upfront, we had a clear vision, a clear theme, and then it was like, ‘Who are the right artists and how do we get there?’ Then it evolved and there was a debate. We wanted to make sure that all of [the artists] were selected because each one is different. Each one has their own story and each one has their own talents.”

They eventually selected artists that could accurately represent Miami and its residents.

“We live in a very dynamic and diverse community and that doesn’t always get reflected…,” said Motwani. “And so that’s where the curatorial team, the advisors, were incredibly important because there’s no shortage of phenomenal artists but we only got to pick a handful.”

Contemporary artist Nina Chanel Abney was one of those who was ultimately selected.

Most recently, a large-scale mural by Abney was unveiled making it the first to be completed at Miami Worldcenter. 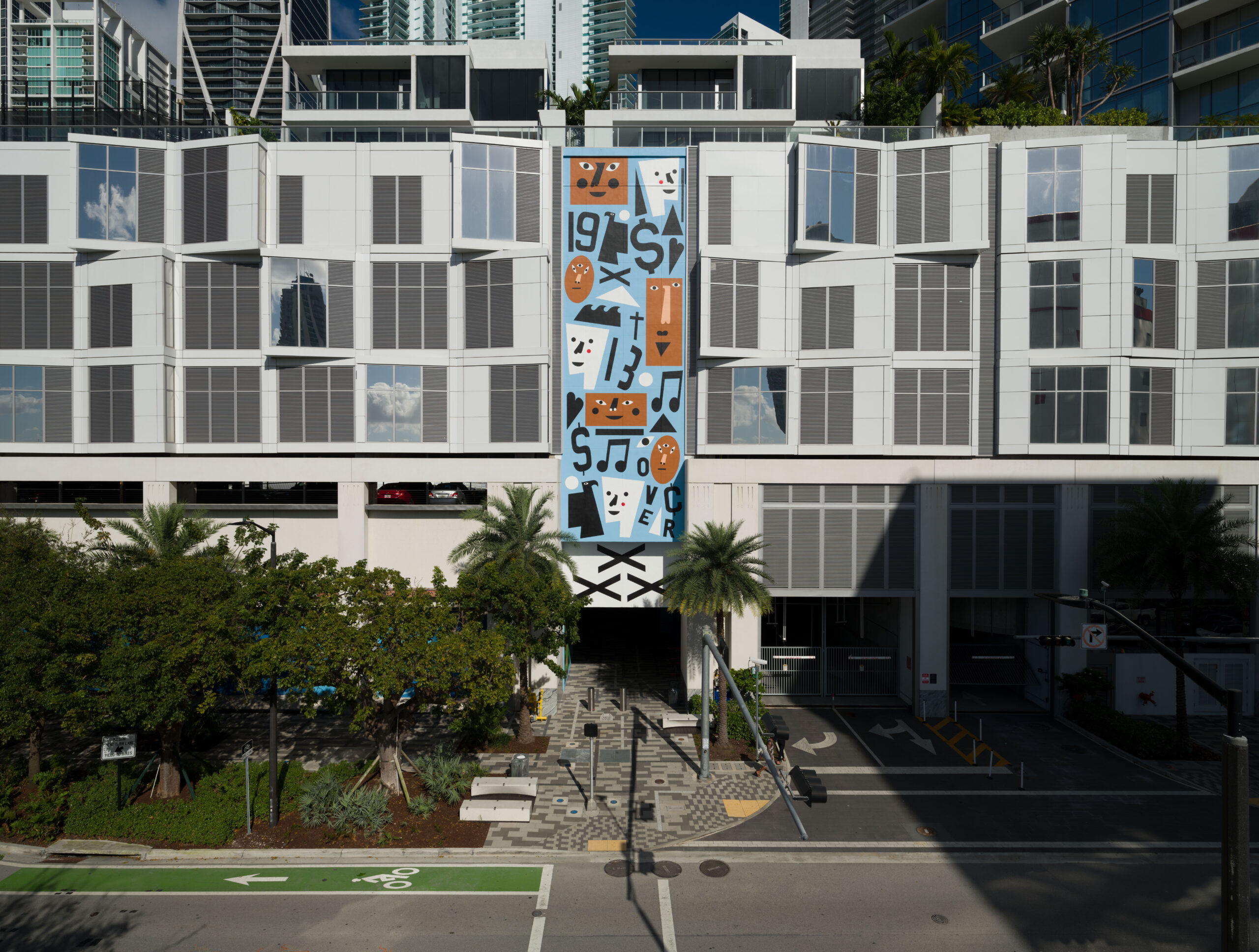 The piece is splashed onto the exterior facade of a parking garage and the walls of a pedestrian tunnel. The mural pays homage to historic Overtown with the use of cheerful colors, scattered shapes and symbols, and imposing figures. The mural will join pieces by other artists who are set to take the lead in showcasing their work. This includes Nick Cave, who will debut his first outdoor figurative sculpture, Woody De Othello a Miami-born, California-based sculptor of Haitian descent, Texas-based multi medium artist Trenton Doyle Hancock and Viktor El-Saieh whose pieces focus on Haitian political-mythology.

The next installation is projected to be unveiled later this year.

Motwani is looking forward to the project’s overall positive impact. “Everyone did this with their heart and I hope the people of Miami will enjoy it as a result,” he said. “Hopefully it inspires them in some aspects of their life, or provides some solace or enjoyment, as they walk around our incredible city.”