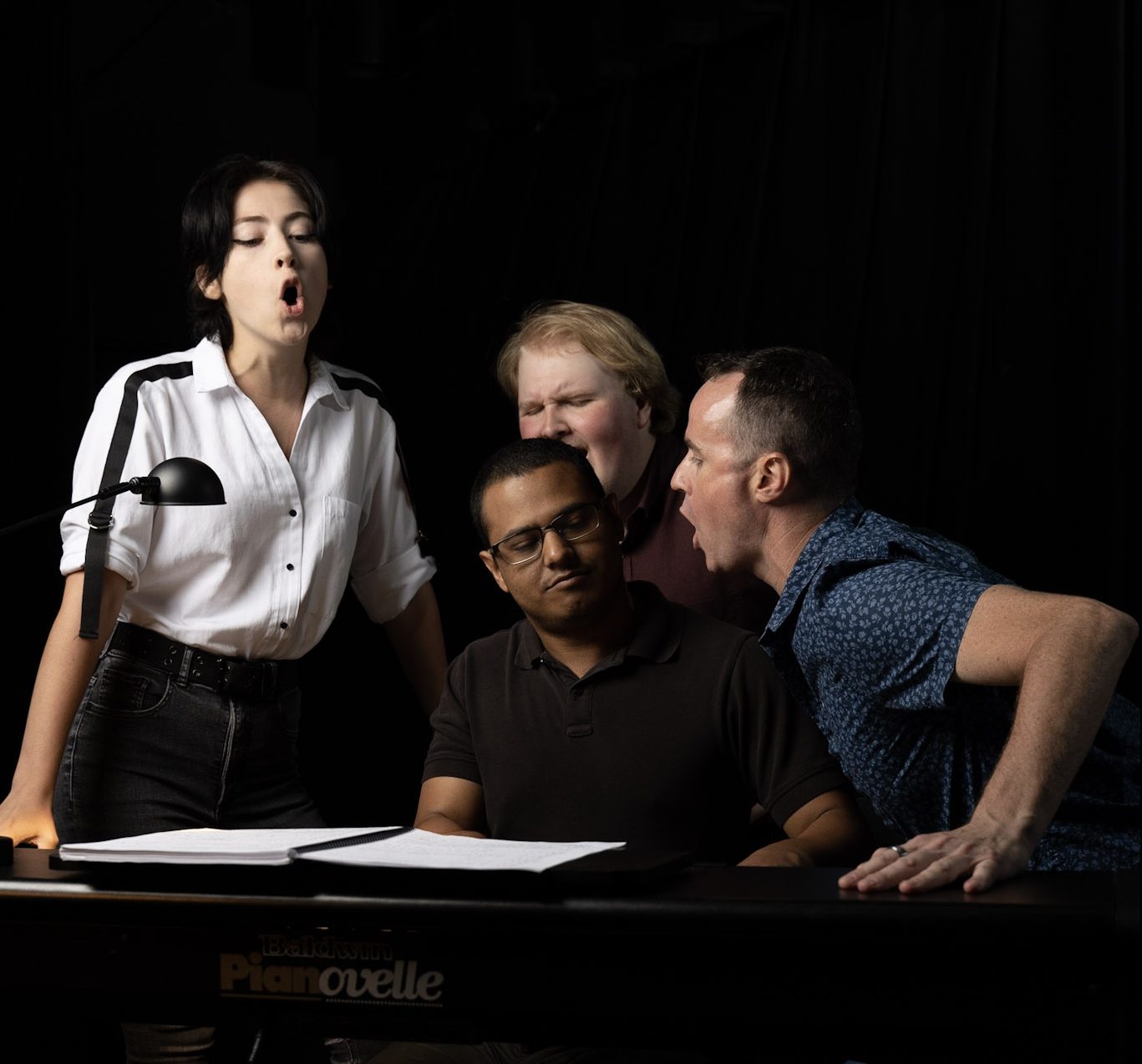 There is a new theater company in town. It’s named Miami Theatre Works (MTW), and it takes its first steps by launching this week a new production titled [title of show]. In their press release, the theater company describes itself as a “new summer-theater venture aimed at reconnecting the Miami community with the power of the performing arts.”

According to Michael Stoddard, creator and executive director of Miami Theatre Works, the name of the semi-professional company is a way to demonstrate that theater still works in the Magic City. “I have actor friends who left Miami complaining that theater doesn’t work here, but I want to tell them that theater here does work if we have enough people willing to make it work.”

The reason for this new theater company, reveals Michael Stoddard, is that the population of the city is looking for more events like this, and artists are looking for more opportunities. “Our mission is to create opportunities for actors,” added Stoddard who spent the last 15 years developing theater programs in Milwaukee and Miami.

2020 was assuredly a bad year for live performing arts, particularly theater, since it was impossible for people to meet indoors. With the rolling back of the Covid restrictions this Summer, theaters are trying to make a comeback. Some hold performances indoors, others outdoors, some do livestreams in order to keep their audience safe. “We’re trying to make it work and reach people that are vaccinated and want to come out, and others who prefer to watch from the comfort of their home,” indicates Stoddard.

To make sure everyone is safe, MTW assures it follows the CDC guidelines. “We are only selling 70% of available seats, so there is plenty of room for social distancing. The audience will be asked to wear masks, and our actors are fully vaccinated.”

Miami Theatre Works will be performing indoors. Presently, MTW has no place to call home; it functions as an itinerant theater that plans to “enjoy the many unique live-performance spaces Miami has to offer.”

For their upcoming show called [title of the show], the actors of Miami Theatre Works will be performing at the Coral Gables Art Cinema, a movie theater. The show will unfold in front of a movie screen.

The production is about the true story of four friends in New York who wanted to write a play for a playwriting festival. They couldn’t come up with an idea. So, they decided that the best idea is to write a musical about themselves writing the musical.

Consisting of just four actors and a pianist, this local production stars Michael Stoddard as Jeff, Owen Reynolds as Hunter, Stephanie Staszak as Heidi, and Natalie Veater as Susan. Rounding out the cast on stage will be Jared Peroune at the piano. Stoddard recently joined forces with local businessman Bob Reynolds who is supporting the creation of the new theater company.

[title of show] performances will begin on Friday, Aug. 6, and run through Thursday, Aug. 12, with matinees on Saturday and Sunday. MTV’s goal is to present one production per summer.

WHAT: [title of the show]

NB: This show is not recommended for children due to adult language