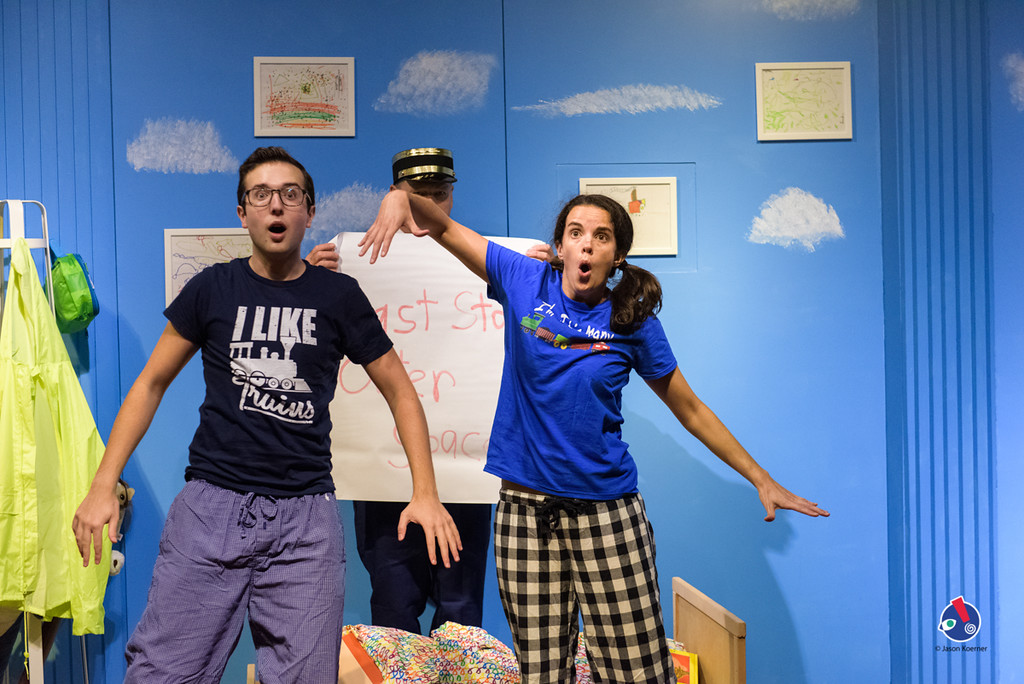 The Publix grocery store and Carnival Cruise Line ship and port fun zones at the Miami Children’s Museum have been providing fun for kids for decades now. But did you know that there’s also a theater troupe that’s been entertaining kids for the past seven years?

Established in 2012 by the Museum’s Senior Resident Artist Peter Kisiluk, the group has grown to now present full-scale productions at the Museum.

“With Peter’s theater background, he began by bringing in performers to act around the museum and provide animated storytelling,” said Bree-Anna Obst, manager of Theatrical and Early Childhood Experiences at the Museum.

That has now grown to seven year-round performers that are full- or part-time and to the group producing full-scale main stage show productions that are completely original and written in-house. The troupe writes the material and songs as well as directs the performances while set design is outsourced.

Because the Museum regularly showcases traveling exhibits, the troupe intentionally creates themed shows. During the pirate exhibit they created a pirate show and in October the theme was Halloween.

“We’re creating everything from scratch, but we do have a lot of inspiration from early childhood books,” said Bree-Anna. “Some characters are loosely based from picture story books and we tailor them to the theme of that particular original play.”

One example was the show “Teddy and the Great Train Ride,” which they wrote three years ago to coincide with the Museum’s Thomas the Train exhibit. As they developed the show, they used the train as their starting point and brought in the Museum’s pre-school students to help them create the show.

“We love utilizing the kids to create the shows and be part of the process. For this one in particular, we did workshops with three- and four-year-olds and asked them where they would go on a train,” said Obst.

The troupe then drew from the kids’ responses and conceptualized a basic outline. One scene included two kids taking a magical train journey with their parents with their bedroom as the setting while another one was taken from a drawing of a shark serving subs at Publix. Photographing the kids and incorporating those pictures into the set “was another cool way of including them in the performance.”

Other examples of original shows include “Simana Nami” to correlate with the Museum’s exhibit at the time “The Lion Guard” and another show, the most recent “The Monsters Under My Bed” was inspired by characters from picture books.

All the show’s they’ve created remain in their repertoire and “we pull them out as needed, especially since people book us for outreach events. This way, they can choose which show they want from our repertoire.” That repertoire includes 12 shows, three revamps of existing shows, with more always in the works.

“What’s really wonderful is that we can reach such a wide audience of young people in terms of demographic because our shows will get seen by our general population as well as kids with special needs/disabilities,” she said. That’s because the Museum always includes multi-sensory performances into their programming. 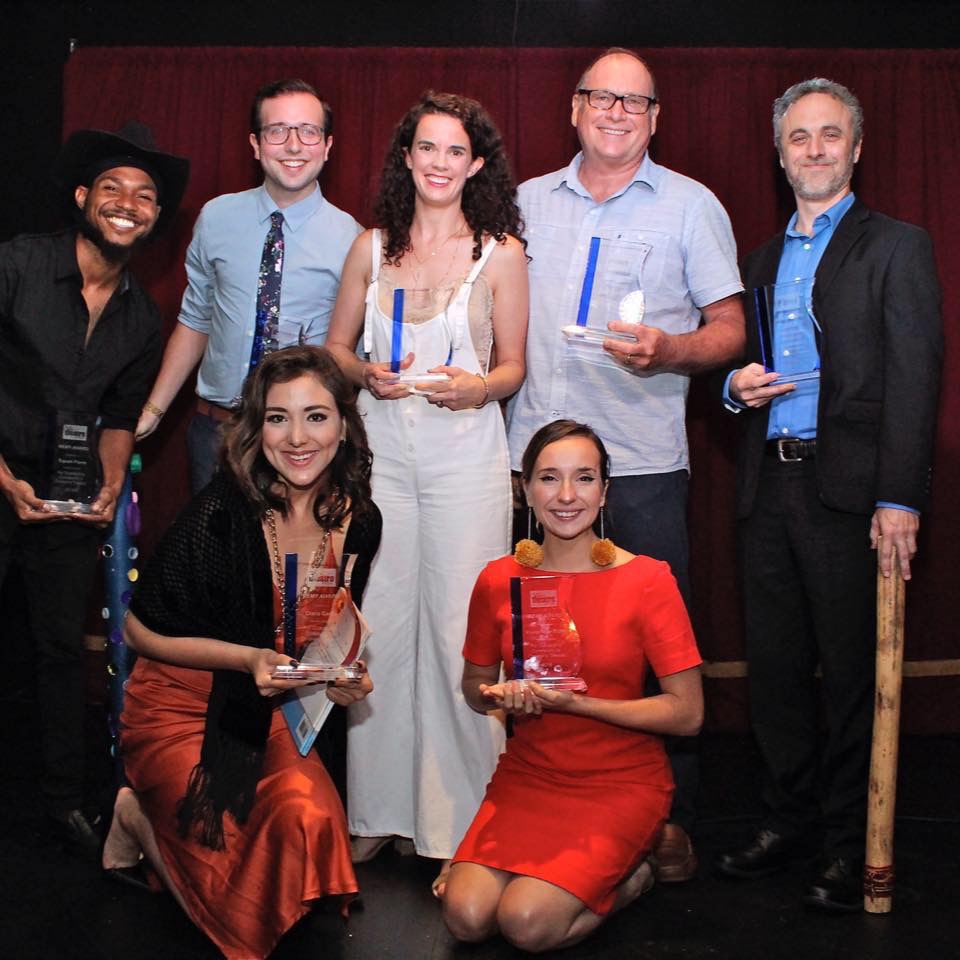 The group recently won the Remy Award for Outstanding Contribution to Children’s Theatre by the South Florida Theatre League.

Placing kids into the heart of their theatrical productions is important to them. Obst recalls when a two-week old child experienced a performance at what that meant to the troupe.

“We love exposing them to the appreciation and love of theater and the importance of using your imagination and playing pretend as an important way to experience the world, matter what age they are,” Obst said.

They feel that families deserve to have good theater made for them and just because it’s children’s theater shouldn’t diminish the quality of the production.

“We believe making good theater for children is important and because of that, we shouldn’t cut corners. Kids will take that journey with you and we need to elevate it, not talk down to it,” she said.

Pictured at top: The troupe performs “Teddy and the Great Train Ride.” Photo courtesy of the Miami Children’s Museum.