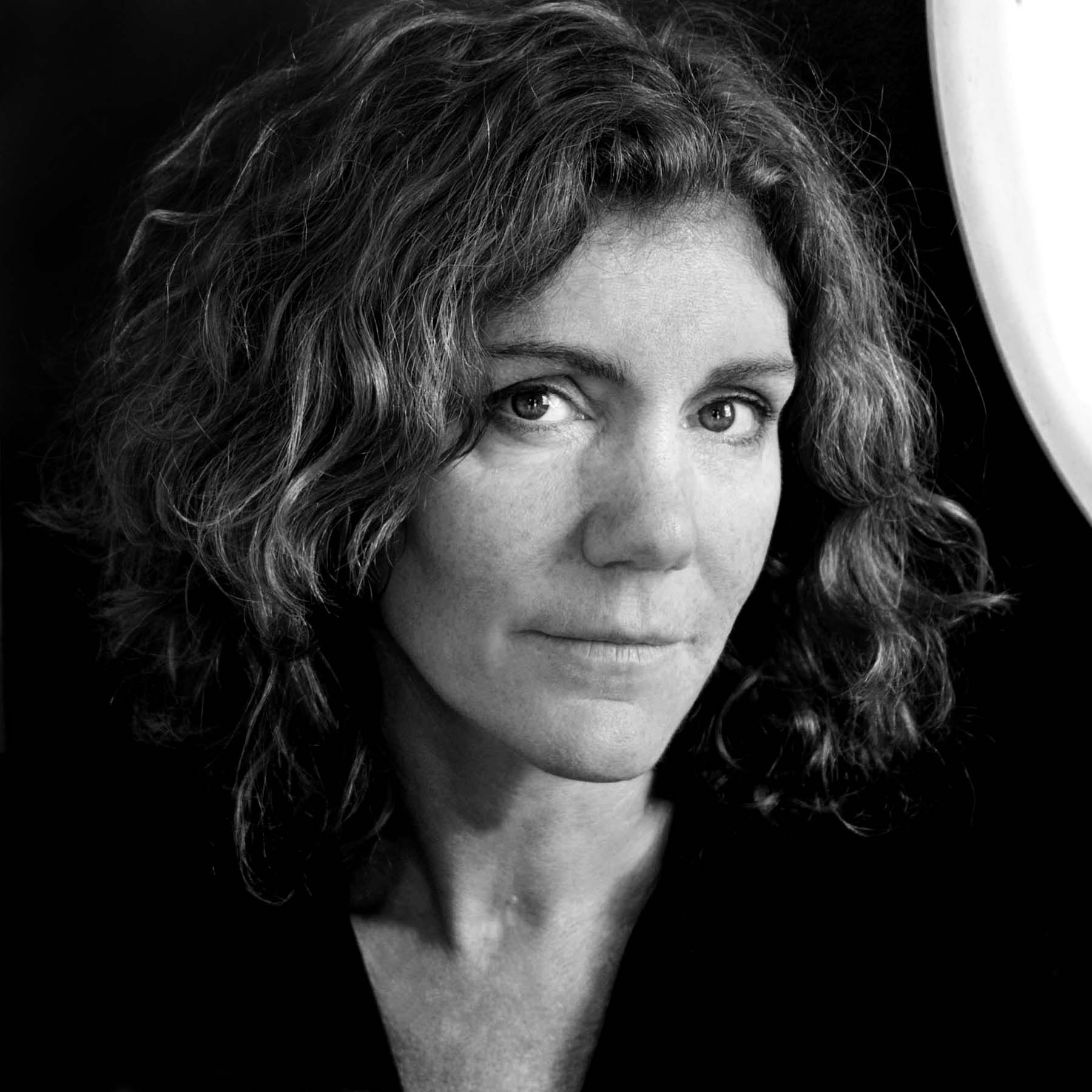 2020 has no doubt been one of the most contentious years in recent history, what with the Presidential Election upon us.

Therefore, the most appropriate year to present the traveling exhibition “A Yellow Rose Project,” “a collaboration celebrating the centennial of the 19th Amendment, with photographs from 105 women photographers from all over the US and beyond.”

Miami artist Marina Font was elated at being one of those chosen.

A well-known Miami artist, Font’s photo-based work explores ideas of identity, gender, territory, language, memory, and the forces of the unconscious. In Miami since 1997, she has had studio space at the Bakehouse Art Complex, at another location in Wynwood, and currently at The Collective 62 in Liberty City.

“The founders of the project contacted me over a year ago and I was honored and thrilled to be asked. The photography community is a small and tight-knit one, so I’ve gotten to know many of my colleagues,” said Font. “I was honored and thrilled to be asked to be part of the project. I love the diversity of women of all different backgrounds and different stages of their careers represented in this show. You can see how each of us responded in a way.”

Represented in the exhibition is a diverse collection of works that reflect the women’s responses and reactions to the battle for suffrage in 1920 and the problems women still face a century later.

“All 105 artists were asked to create work that resonated with them within the topic/subject of the show,” said Marina.

When preparing for the show, Marina thought about photographing the pieces differently, doing something more performative. However, after giving it a second thought “I connected the work I’ve done in the past nine years with the suffrage movement,” she said.

Growing up in a very patriarchal household, Font used this project as a way to extend, develop, and amplify the work and strengthen the women’s voices.

“I wanted the work to reflect what it means to be a woman in contemporary times from a woman’s point of view,” she said.

Born in Argentina, Marina was exposed to psychoanalysis, which she says “is prevalent in my home country, we do a lot of therapy. I also grew up reading Sigmund Freud’s quotes on womanhood and the female body.”

Which is why she decided to photograph the female body like they would be illustrated in an anatomy book. She purposely looked for bodies that would be found in those books. There are also many references to Catholicism in her work since Argentina is predominantly Catholic.

“The image of the body is consistent through the pieces and images. Through them I hope to evoke the mysteries of the psyche,” Font said. 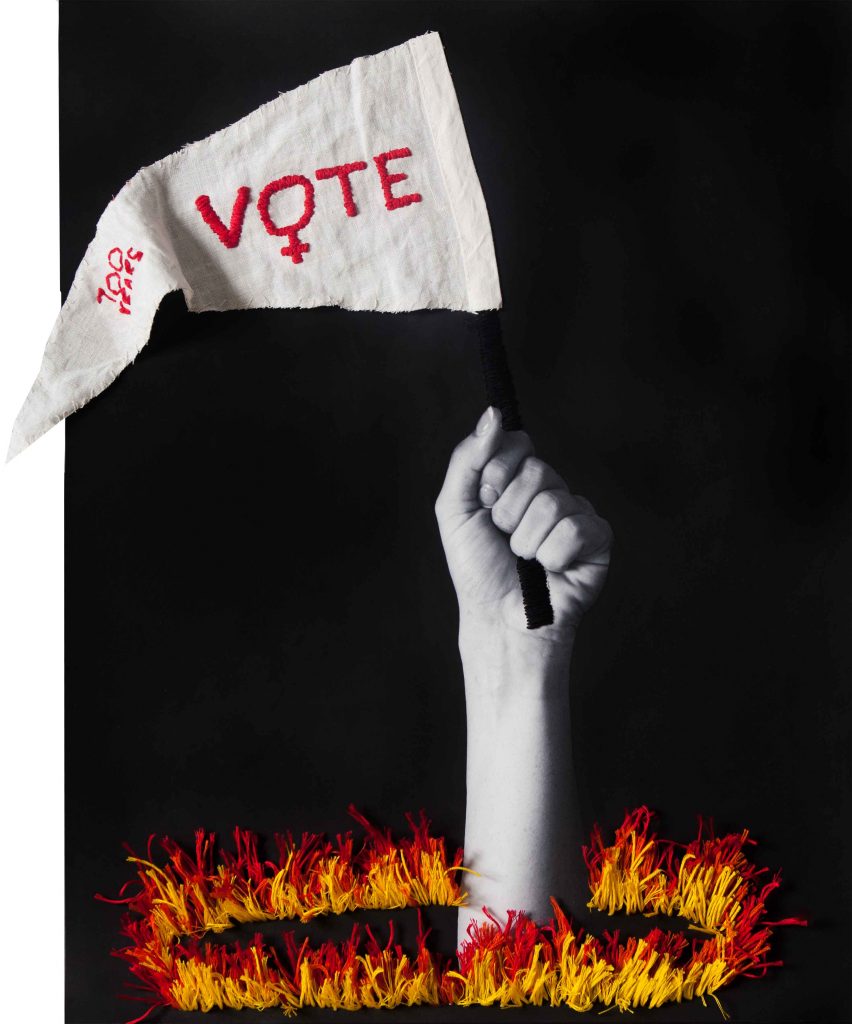 She reveals those mysteries in the image of hers about equality that was chosen for the show. In it, the woman is holding a banner much like the suffragists did as they dreamt of and fought for equality.

“That gave them the strength to fight for women’s rights to be heard in the world. In my image for the show, the woman becomes a bird and is growing wings symbolizing freedom.”

In a departure from her usual black and white photography, Font used yellow and white thread, found textiles, and intervened it with gesso (a type of paint). She usually incorporates vintage textiles into her works because she likes the stories they carry from generation to generation. It is also a way for her to embrace something once considered a craft and give it a second life.

All five of Font’s pieces in the exhibition are based on the same single images, what makes them unique she says, is the labor that occurs in the photographic print. She calls her art photo-based works not photography in a traditional way. 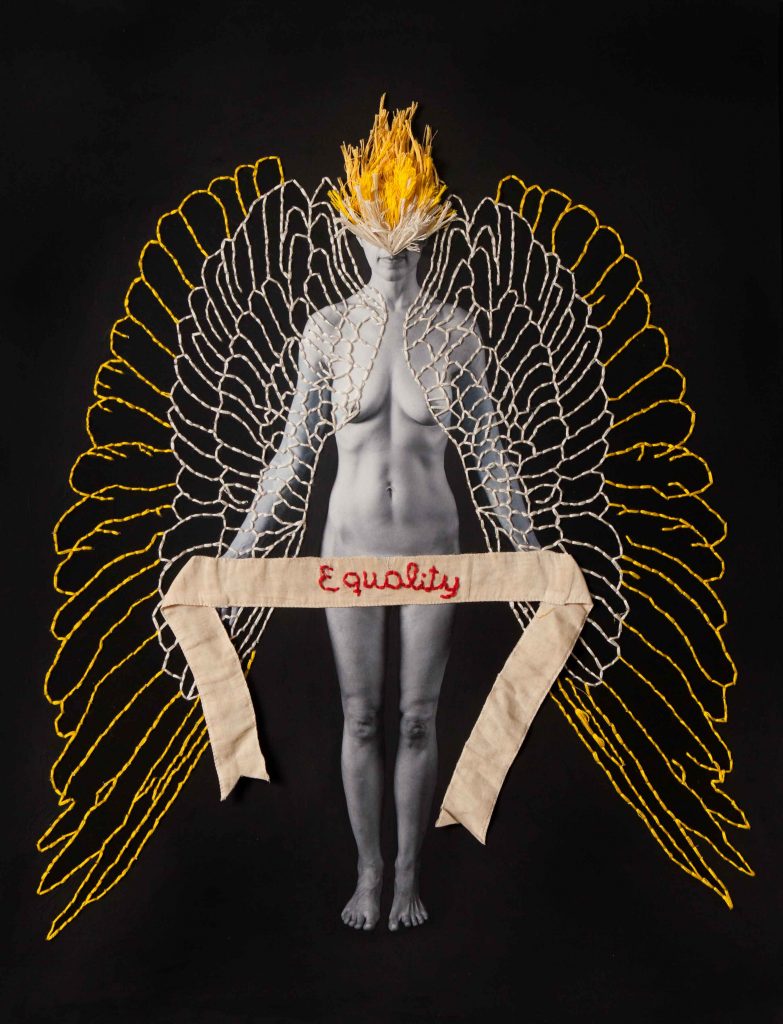 “In my work, I like to question the medium of photography the same way I question the views of womanhood,” she said.

As a Latina artist working in Miami, she is extremely honored and humbled to be a part of this show, given that her photos reflect a variety of viewpoints and approaches.

“I am happy to contribute my little point of view and especially my views as a Latin American Latina artist, especially since this exhibition is touring throughout the US,” she said.

She has had the opportunity to speak in person during the tour, which is also being showcased virtually in some cities, and share her process and inspiration while also seeing what inspired the other artists in the show. Some were emotional and visceral while others were archival materials.

“Overall, the body of work in the project expresses the complexity of being an American woman nowadays and the responsibility we have to build the bridge between past and present and especially during this time during an election year!” she said.

Her current mission is to get the show to come to Miami during Art Week. Font has already been in talks with a Miami gallerist to try and make that happen.

“It would be ideal if we could do it physically but of course we can also do it virtually through a slideshow as it is currently being presented,” she said. “Either way, I’m advocating for it to be in Miami.”

Visit the website https://ayellowroseproject.com/ to view all the works featured in The Yellow Rose Project and delve into how co-founders Meg Griffiths and Frances Jakubek brought the project to life.