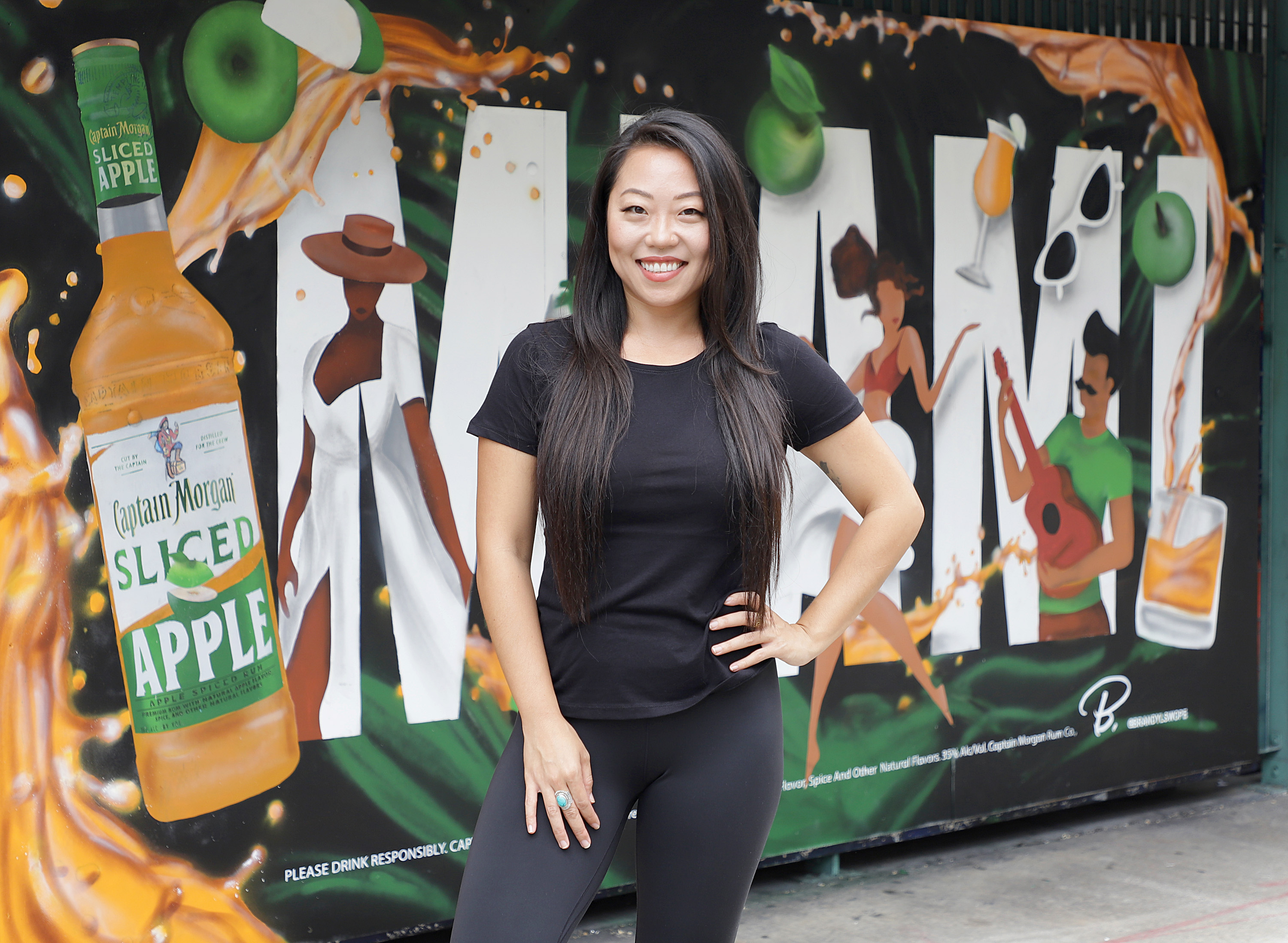 Miami artist Brandy Swope in front of the mural she created for Captain Morgan Sliced Apple Spiced Rum’s 10-city mural showcase. Brandy was one of only nine national artists chosen to create an image for the project. (Photo by John Parra/Getty Images for Captain Morgan)

She was the winning artist chosen from the 305 to create a mural for Captain Morgan Sliced Apple Spiced Rum’s 10-city, 11-mural, nine-artist showcase.

“It was nice to see this visual and bring positive energy and happiness to such a great location as Miami Beach,” said Swope.

The Pennsylvania native has lived in Miami for more than a decade. With a background in calligraphy and typography, she received her Bachelor’s degree in Graphic Design from The Art Institute of Pittsburgh and an Associate of Arts degree in Fashion Merchandising from Miami International University of Art & Design.

Those degrees served her well as she started out doing window displays “and eventually morphed those two together,” she said. “I’m doing design for all different types of platforms now.”

She’s inspired “seeing how design can make such an impact when its hand painted by a person as opposed to creating it on a computer.”

Her work resonated with the Captain Morgan staff running the mural project who contacted and briefed her on what they envisioned for their project.

“They talked about the messaging for the project and selected me and a handful of people from across the country to participate,” said Brandy. “The focus was how to reimagine our community and the launch of Captain Morgan Spiced Apple, so I was super excited to be involved.”

Throughout the process Brandy collaborated with the organizers, presenting illustrations, revising them along the way culminating in “the best way to portray the image in a graphic way, incorporating the colors and portraying music and dance. I was able to portray something for them but do it in my voice.” 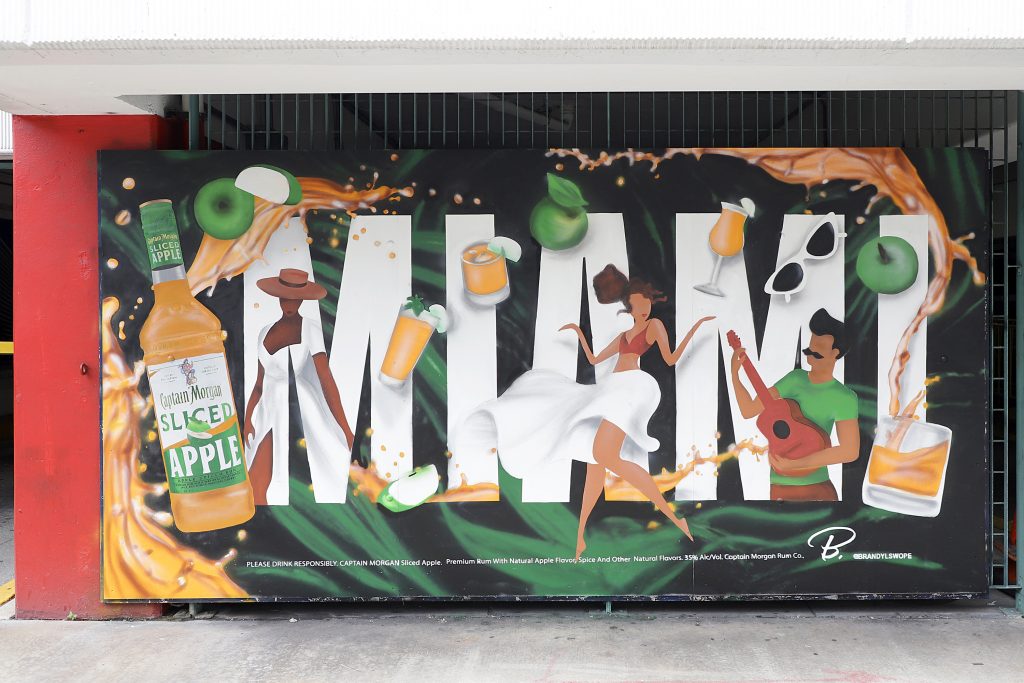 “All that led me to showcase how there’s a little bit of fashion plus the sun and the brightness while incorporating some white space into the piece,” she said. “I got to play with these different elements and ultimately, we brought together something that’s like a celebration.”

Located on the corner of 17 St. and Convention Center Dr. in Miami Beach Swope says “there’s a lot of foot traffic where it’s at, it’s such a great example of living, breathing people in Miami. I thought this was a great partnership to bring these bold colors and shine a light on the community here.”

The entire process from design to completion was about a month. Working with a local vendor it took about a week for the mural to be completed. “It’s on the ground level so was very accessible,” she said.

Swope is no stranger to murals, having completed more than 10 around South Florida. They can be seen at the Wynwood ice cream shop Nabati, a gym in the Brickell area, inside a Lime Fresh Mexican Grill in North Miami Beach, around Fort Lauderdale, West Palm Beach and Boca Raton. She also creates commercial as well as private residential murals. “I truly love what I do,” she said.

The Captain Morgan mural will also grace the liquor company’s distribution trucks as a wrap design, so keep an eye out for those coming soon. Swope promoted this on her Instagram account @brandylswope.

To see all of Brandy Swope’s work, visit her website at https://www.brandyswope.com/