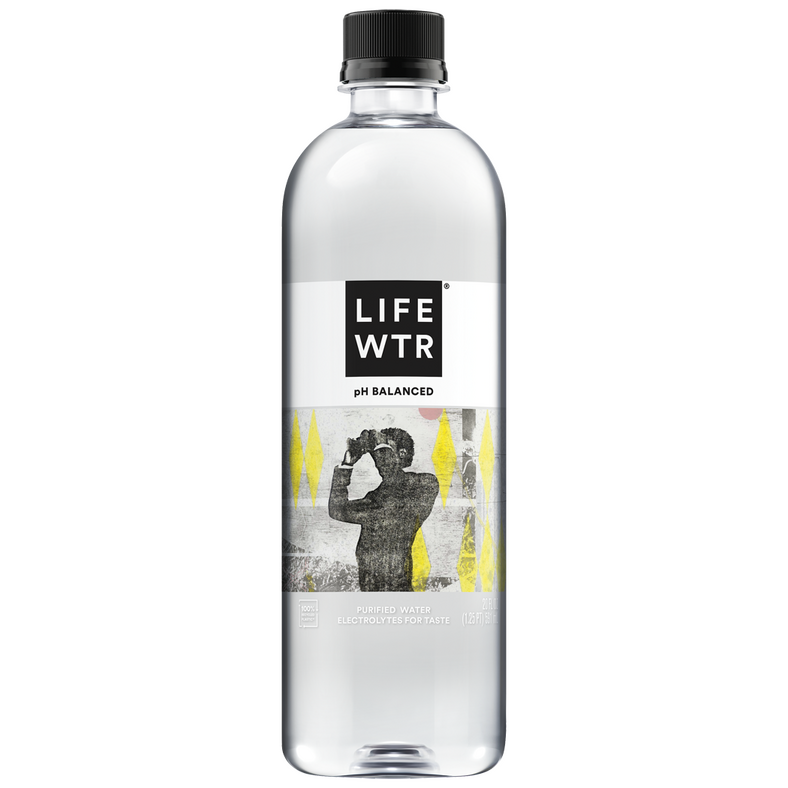 Can a water bottle be art? The makers of the premium bottled water brand LIFEWTR sure think so and they have made that a reality. Gracing their limited time bottle collection Black Art Rising Series in celebration of Black History Month is the work of Miami-based artist Adler Guerrier.

Guerrier’s work is featured on one of three Black purpose-led artists to be featured on LIFEWTR’s Black Art Rising Series, a new limited time bottle collection in celebration of Black History Month.

“At LIFEWTR we understand that barriers exist and not all creators receive the same opportunities to showcase their work. That is why, since our brand’s inception, we have been committed to using our platform (including the bottle itself) to uplift the work and voices of emerging creators – no matter who they are or where they come from,” said Michael Smith, senior director of Marketing, Water and Portfolio for LIFEWTR.

Guerrier, who is one of three Black purpose-led artists whose work is featured on the bottles, is a Haitian-American multi-media artist who is known for producing mixed media drawings, photographs and videos drawn from his experiences roaming the streets of Miami taking in urban impressions.

He was introduced to the LIFEWTR water bottle project by Jose Luis Falconi, an artist and curator that Guerrier has known for years who consults with LIFEWTR.

“In essence it was a good opportunity to create a design for a bottle in a series that takes great pride in being socially conscious and promoting black and younger artists, younger than me,” said Guerrier.

Once Falconi introduced him to LIFEWTR and he made the connection, Guerrier saw that the company has supported the Brooklyn Museum to purchase artwork by young artists and done similarly with museums in Los Angeles.

“This showed me how serious they are about engaging with art, institutions and art practices,” said Guerrier. “It was a good sign to me that they want to contribute to other institutions and support artist practiced. It was definitely something I wanted to be aligned with.” 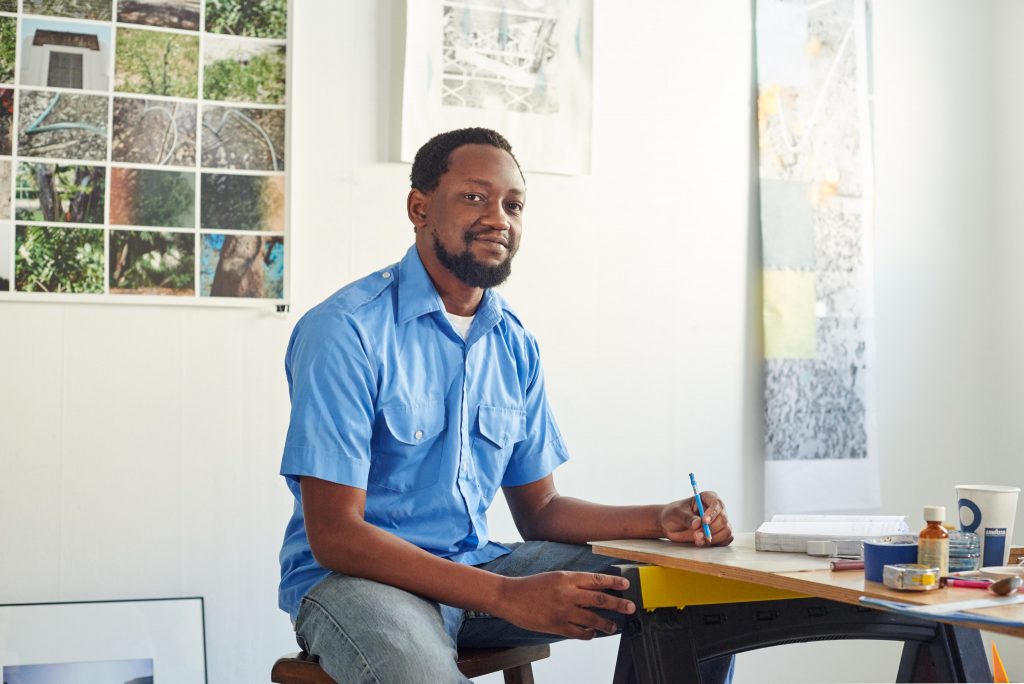 The project gave Guerrier the opportunity to create something special and contribute work that he says can speak for itself and is reflective of his thinking. He likes the idea that an everyday object, used by so many, can spark action.

“The bottle can sit on someone’s table and suggest an idea, something they may not be thinking about. It’s a smaller footprint but it’s also a much wider one, since there will be thousands, possibly millions of bottles distributed,” he said.

Just as important, it provides him a chance to engage and introduce smaller ideas.

“But smaller ideas which will institute change of how artists live and practice and raise the question, ‘What is black art?’ Additionally, it will address how black artists shape the landscape that they live in,” said Guerrier.

He recalls his earliest memory, when it comes to this particular water bottle, is trying to make sense of the world and finding his place in it and contributing to the human tradition as artists and humans. “That is really it,” he said.

As an artist, he is keenly aware of the contributions of people before him, no matter how large or small. And “when we arrive on the scene,” he says, “we have to contend with those things but in time we at one point want to contribute to that, especially things that are reflective of the life we actually live. That in essence, is my practice.”

His mission is always to make work that is reflective of where he is and the reality of it. That leads him to make work based on daily observations, of poetics that he encounters as well as the larger structural positioning that he has to live in be it political or economical.

“I respond to it. The reflection of it. Shape and participate in the imaginary and change the status quo,” he said. “It is a desire to shape the world to be better for both me and our community. That may be the larger reason of why I make artwork.”

In addition to displaying the artist’s work, LIFEWTR committed to donating $30,000 to the organization of each artist’s choice. It is the company’s pledge to help support future generations of Black creative voices and equitable creative resources. Guerrier chose Perez Art Museum Miami (PAMM).

“I chose PAMM because it is a well-established institution in town. They more than likely will channel the money toward acquiring artwork for their collection although they already have a fund for black art,” said Guerrier. “My hope is that this money will contribute to it and maybe influence them to cast a wider net.”

Up next for Guerrier is a residency at Artpace in San Antonio, TX courtesy of Oolite Arts. Guerrier was a resident at Oolite Arts in 2018.

At Artpace, he will be creating a new body of work and he says, “hopefully bring back a work about the American South.”

He may perhaps deal with immigration, as well as tackle other issues. Overall, he says “this is a good opportunity, and I am curious as to how it will work, me being there trying to create artwork. There will be some getting to know how to communicate with that sphere.”

Given Guerrier’s history as an artist, the challenge in San Antonio is definitely in his wheelhouse.

Read about Adler Guerrier on the David Castillo Gallery website and on the Oolite Arts Residency page.