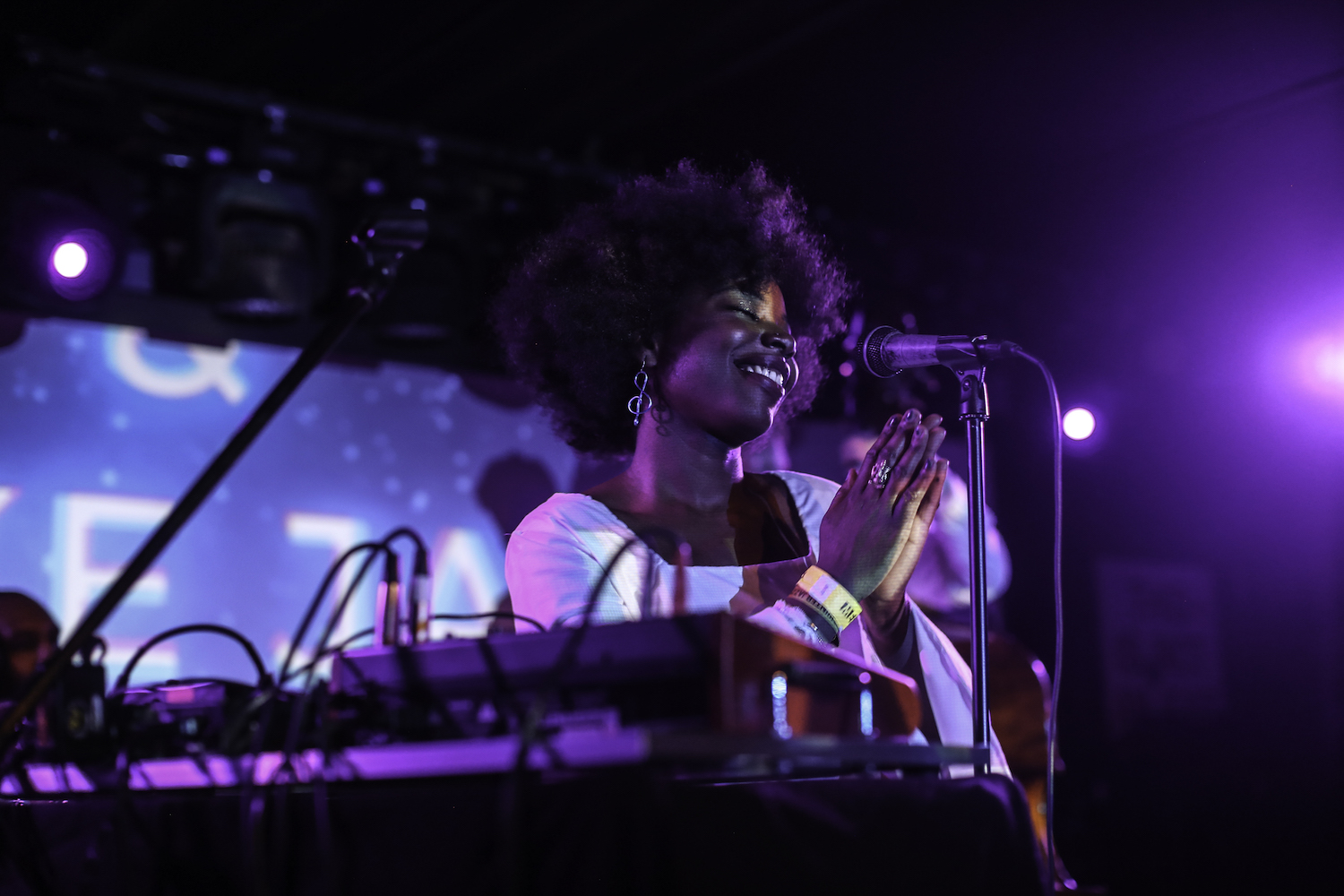 Haitian Vodou spirits tumble from the lips of a songstress who belts out a tribute in the midst of a Fort Green, Brooklyn-based church.

Her name is Melanie Charles and as she commands center stage, a quartet behind her weaves a musical tapestry: Jonathan Michel on bass, Axel Tosca plays the piano, and Anwar M. Marshall on drums. Rogerst Charles blows a flower engraved Glory alto sax.

Together they deliver a riveting performance during a recent installment of Virtual Jazz at MOCA.

The event, held at 7 p.m. during the last Friday of every month, features the best of South Florida’s young and upcoming musicians.

In lieu of in person events, the Museum of Contemporary Art, North Miami launched the series, in partnership with WDNA Radio–South Florida’s premier jazz radio station. The program is hosted by WDNA’s Carter Jackson-Brown.

When fans called and emailed the station inquiring about Jazz at MOCA , they knew that something had to be done. But putting on a show was one thing, presenting it virtually was an entirely different matter.

“Last year presented quite a bit of challenges,” said Jackson-Brown.

“We’ve spent most of [it], in the art world, trying to connect with one another through virtual space. And as we gradually navigated through that space we found ourselves relearning things that most of us took for granted in the physical space.”

“At every event we saw there were hiccups and slip ups, but we supported one another,” said Jackson-Brown. 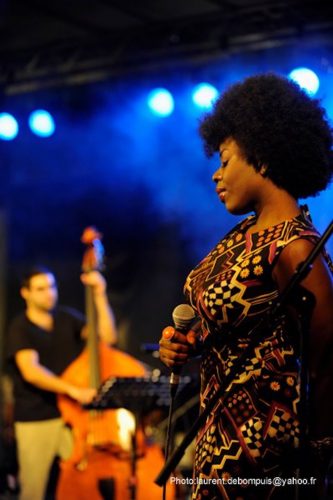 “We laughed at ourselves as we [went] through all of those bumps in the road and now we’ve found a smooth path…And that’s what we’re seeing on a global scale, which I found to be exhilarating. But when [they] approached me about curating and hosting. I said to myself, ‘Uh oh. Now it’s my turn.”

He went to work selecting musicians and Charles was an immediate consideration for the event.

“I’m a huge fan of Melanie Charles, and I was really looking forward to her performance because I know how incredible and talented she is,” said Jackson-Brown. “Melanie was in the process of potentially relocating to Miami so I put her on the roster.”

Charles’ performance features a soulful and eclectic mix of jazz, experimental and Haitian roots music. She notes how much her Haitian heritage and upbringing has profoundly influenced her musical career.

“On Sundays my grandma would have church prayer meeting in the house,” she recalls. “I remember hearing the church ladies singing old Haitian spirituals. That was such a comforting thing to hear…and diving into Haitian folk music has opened up my approach, my voice. I feel like when I sing in Creole. I can sing so much freer.”

Growing up in a musical family continues to play a role in her career till this day.

Charles shares a close bond with her brother Rogerst, which is forged through their mutual love of music. 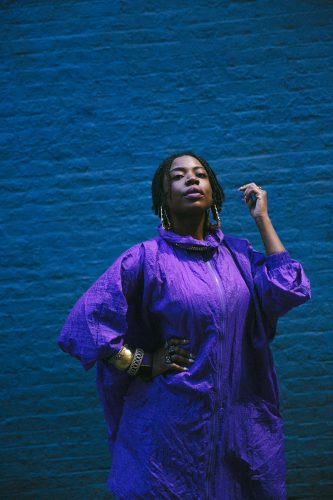 “That my brother was right next to me in that church playing his saxophone was the highlight for me,” said Charles.

For Jackson-Brown, the entire performance was phenomenal.

“When I saw that video, I knew that this was a platinum experience,” he said. “It was one of the most gratifying experience in my professional career. To see her shine the way she did.”

Jackson-Brown said that Charles’ performance is just the beginning and that there is definitely more to come.

“The [upcoming] artists are exceptional and regionally based. We will continue to engage people with beautiful music.”

Learn more about Jazz at MOCA by visiting their website at mocanomi.org.