Live Arts Miami brings artists and organizations together to rally the vote with Make Your Mark Miami! 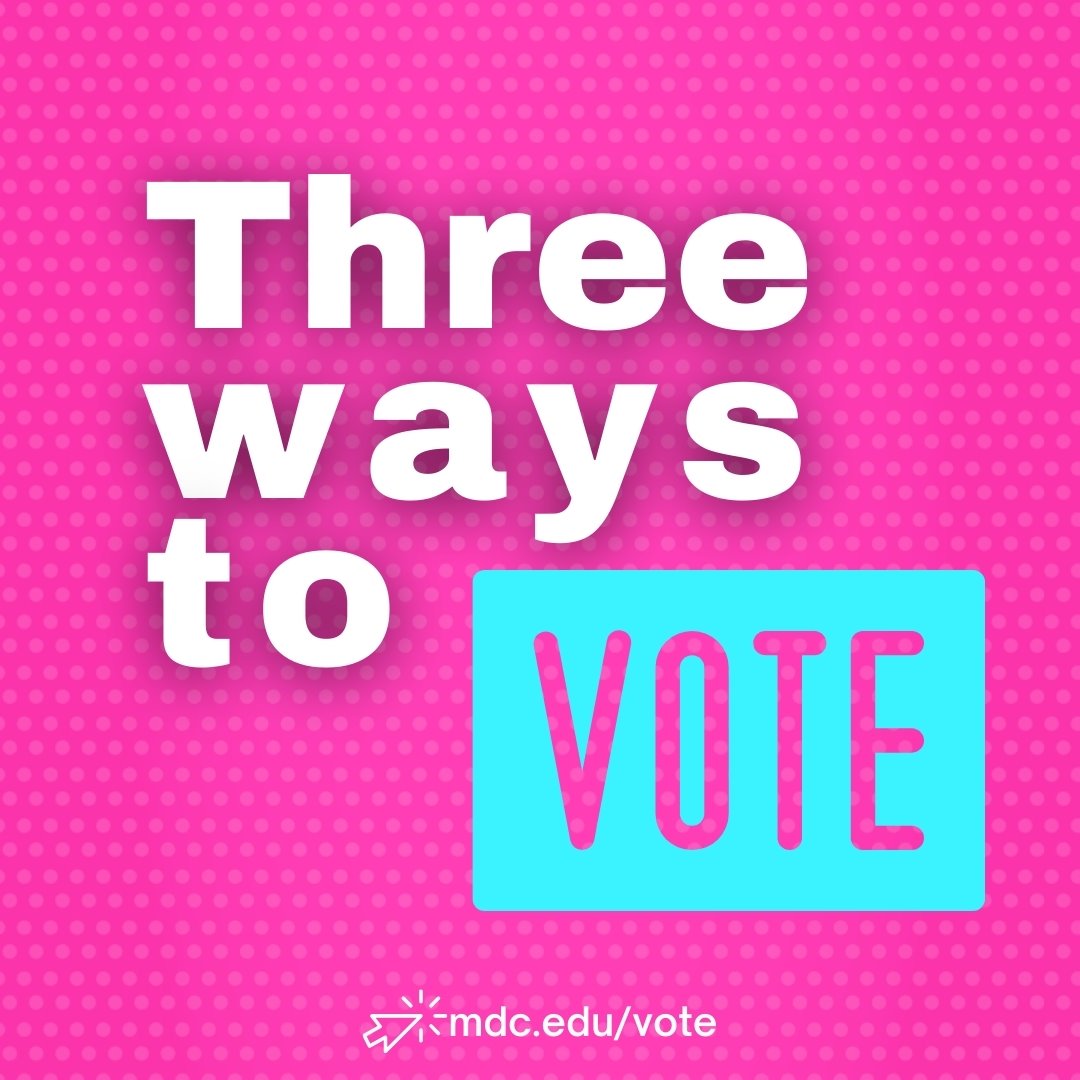 Make Your Mark Miami! Was held on Oct. 8, a date intentionally chosen to coincide with the organization’s recent rebranding to Live Arts Miami.

“The event came on the heels of our recent rebranding as Live Arts Miami, marking 30 years of impactful programming in the community while also setting a new vision for decades to come,” said Kathryn Garcia, Executive Director of Live Arts Miami, “including a renewed commitment to producing live arts programs and initiatives that do more than entertain; they empower artists, audiences, and students to cultivate change in our community.​”

In that spirit, they knew they needed to do their part to help inspire voting this election season.

“The arts and artists can be incredible sources of motivation when we need it most.  So, I reached out to Josh Young, the Director of MDC’s Institute for Civic Engagement and Democracy and suggested an artist-led virtual voting rally, which became Make Your Mark Miami!,” said Garcia.

Josh Young was instrumental in bringing together their event partners, Engage Miami, Radical Partners and League of Women Voters of Miami-Dade County.

That partner trio represented “an amazing gathering of the organizations that work on civic engagement in our community year-round and we consider ourselves fortunate to have had this opportunity to work with them,” she said.

The need to cultivate change was the main mission behind MYMM, an event that was quickly put together in about a month.

“We were driven to create a dynamic event that served both the Miami Dade College and wider Miami community as part of ICED’s efforts during National Voter Education Week,” said Garcia. “We always work with an eye towards representing the incredible diversity we find in our amazing community, that is part of what makes arts presenting in Miami such an enriching experience!

Diversity was most evident when it came to choosing performers for the virtual evening. The line-up featured a who’s who of Miami’s culturally diverse singers, dancers, writers and even a comedy troupe.

Keeping viewers entertained throughout the event were:

Peppered in between the performances were talks from members of Miami’s various social impact organizations including Gilbert Placeras and Maryan Firpo from Engage Miami, Nicky Zarchen of Radical Partners and Narisha Williams of League of Women Voters Miami-Dade County. They lent their voices and expertise to inform viewers about voting early, requesting mail-in ballots and most important of all, registering to vote.

Garcia and the MDC Live Arts team know that “when it comes to inspiring action, artists are especially well equipped. Polemicists and instigators, great unifiers and public defenders, artists are an essential part of our democratic process,” she said.

For Make Your Mark Miami, they sought performers with both strong artistic voices and reach from a variety of communities. They also tried to keep the content varied with a mix of music, dance, spoken word, poetry and a bit of comedy as well.

“Honestly, with all the amazing talent in Miami, this could have been a marathon event,” said Garcia. “We are so proud to have been able to unite so many great artists and community organizers together in this effort,” she said.

Natalia Crujeiras, Miami Dade College’s Executive Director of Cultural Affairs, was watching that night and was excited to see Miami’s top-performing artists come together to inspire to vote.

“The non-partisan multidisciplinary rally was diverse, fun, and informative. Our hope was that the rally would motivate young Miamians to vote and offer some practical tips to help voters make more informed decisions,” said Crujeiras.

Since the event, Live Arts Miami has received great feedback with viewers recognizing and appreciated how the arts can be used as a tool to inspire action. Miami Dade College professor and staff want to keep the effort going.

“MDC professors and staff have also expressed interest in the virtual event becoming a resource for classes and campus events leading up to the election in the coming weeks, so our work with Make Your Mark Miami will continue right up until Election Day,” said Garcia.

The video remains on Live Arts Miami’s Facebook page and will stay there through Nov. 3 and viewership keeps increasing.

“So far, over 1,500 people have watched Make Your Mark Miami. The event is a great example of Live Arts Miami’s deep commitment to present timely and relevant cultural experiences that entertain, educate and empower people to actively participate in the shaping of our city’s future,” said Crujeiras.

She goes on to say that “art is a powerful force that can uplift, strengthen and unify people, and inspire communities to take action.”

The 2016 election’s low voter turnout was a major motivating factor in putting on the Make Your Mark Miami Voter Rally.

“We hope we are a part of moving the needle on voter participation this year.  In 2016, if ‘not voting’ had been a candidate, it would have won by a landslide,” said Garcia. “We all need to do our part to change that statistic. Our democracy works best when everybody’s voice is heard and counted.”

Make sure to also visit these websites for information on preparing to vote, registering, voting by mail and in-person: