Little Haiti Book Festival has many stories to tell 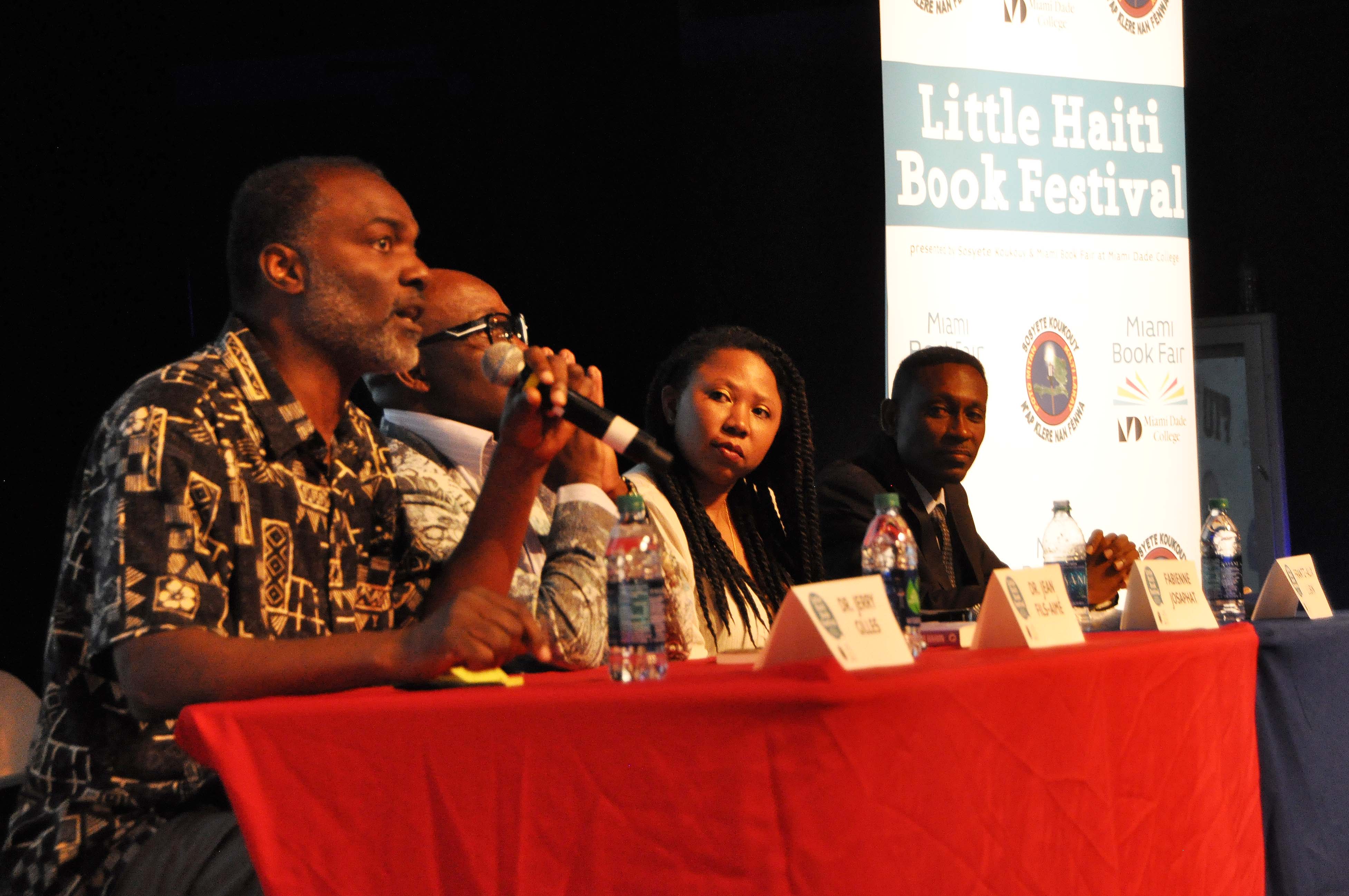 This Sunday, May 5, traveling to Haiti and exploring its culture may take only a few steps. In what has become an essential annual cultural event in Miami, Miami Dade College’s Miami Book Fair is partnering with the organization Sosyete Koukouy to present the Little Haiti Book Festival. The event, which starts at 11 a.m. and runs through 7 p.m., includes film, storytelling, music, performance, workshops and panels. And it’s free.

The festival is part of Miami Book Fair’s year-round ReadCaribbean program. It is not just an opportunity for members of other communities to learn about their Haitian neighbors and their culture. The event “lends itself to deep exchanges among members of the community, and also we do have [Haitian] attendees who come from all over, not just Broward County and West Palm Beach but also as far as Canada,” says Haitian-born Michèle-Jessica (M.J.) Fièvre, ReadCaribbean’s coordinator. “Listening to the perspectives of all people of Haitian descent coming in but [who] have been living in different places has always been important for us. It is a chance for the Haitian community to speak up.”

“This population is very different from the one that still lives in Haiti, and their voices are not always heard,” Fièvre continues. “So if you look at the workshops, some of the topics have to do not only with the situation in Haiti, but with some of their experiences here.”

As a product of a community under siege — facing challenges ranging from a precarious situation regarding its Temporary Protected Status to the gentrification of Little Haiti, which is pushing out families and business — the Little Haiti Book Festival inevitably reflects “in a small scale, the issues affecting our community,” Fièvre notes.

“Many of our artists of Haitian descent, people who really care about the event and try to participate every year, are no longer in Miami,” she says. “We had a great group, Zetwal Kreyòl, that performed at the festival every year — until last year, when they couldn’t attend because some of them had relocated to other places. They could no longer afford to live in Miami. Some of them moved to Canada. Some of them returned to Haiti. They were just a fabulous group with a lot of young people. They were all residents of Little Haiti, and that was heartbreaking. We have lost many of our regular food vendors, too. They just couldn’t afford to stay in the area. So even in that scale, you can see it. We get to interact during the event, and you get to hear about the struggles in the community.”

Forging forward, this year’s panels focus on subjects as substantial and disparate as “A Proverbial Education: The Use of Proverbs as a Powerful Tool for Community Advancement,” “Perspectives on Voudou Religion in Haiti” and “Restavèk! Child Slavery in Haiti.” Workshops include “On the Page and On the Stage: A Storytelling Workshop,” “WORD Creative Writing Workshop for Teens (Fiction and Nonfiction)” and “How To Read With Kids: A Reading Toolbox for Parents.”

“There’s definitely an interest [in the community] in telling more stories and in the ReadCaribbean program we’ve had events geared toward a younger crowd,” Fièvre explains. “For instance, last year we had an event about comic books, and the year before we had an Afrocentric event where people were telling different kinds of stories but with a focus on their African and Caribbean ties. And this year, we have a workshop geared specifically toward teenagers, led by Ebonie Ledbetter, an established editor and writer.”

“And because we want to have more writers and more young readers we also have a workshop for the parents,” says Fièvre, herself a writer, editor, educator, and translator. “How parents at home can help kids become better readers and better storytellers. Because we know that a good writer is first of all a good reader. And usually a love for writing comes from the love of reading — and we’ve seen the interest of people coming to those workshops. You see a lot of parents walking around with their kids, and the kids would tell you how they want to become writers. The youth is our best resource in Little Haiti.”

Sunday’s event also includes a screening of “Georges Corvington: Port-au-Prince, My Unique and Only Love,” at 11 a.m., followed by a Q and A with Haitian filmmaker Arnold Antonin. The children’s program will include the always engaging Edwidge Danticat reading from “My Mommy Medicine” at noon; singer-songwriter Inez Barlatier leading a dance and drumming workshop at 3 p.m; and radio personality Stichiz, author of “Tu Es Belle: You Are Beautiful: Abby’s Great Day,” appearing at 4:30 p.m.

The Little Haiti Book Festival is an outgrowth of the Haitian-American Book Fair. That event was founded in 2013 by author, playwright, arts activist and radio host Jan Mapou, owner of Libreri Mapou, an independent bookstore that has become a Little Haiti institution, and founder of Sosyete Koukouy of Miami, the Society of the Fireflies, a Haitian cultural organization.

In 2016, the Miami Book Fair began to collaborate with the Little Haiti Book Festival, providing help and infrastructure. It happened “very organically,” Lissette Mendez, Miami Book Fair’s director of programs, once recalled. “At first, I got involved personally, as a volunteer, just to help out, as a good neighbor kind of thing. But with Haiti being such a big part of Miami, the [Haitian-American] book fair was for me an ‘aha’ moment, [realizing] what a great event it was and how important it is for the Haitian community in Miami.”

The 2019 Little Haiti Book Festival will take place 11 a.m.-7 p.m. Sunday, May 5, at the Little Haiti Cultural Center, 212 NE 59th Terrace, and at Libreri Mapou, 5919 NE Second Ave. Admission to the event is free, with programming in Creole and English. Go to MiamiBookFair.com.