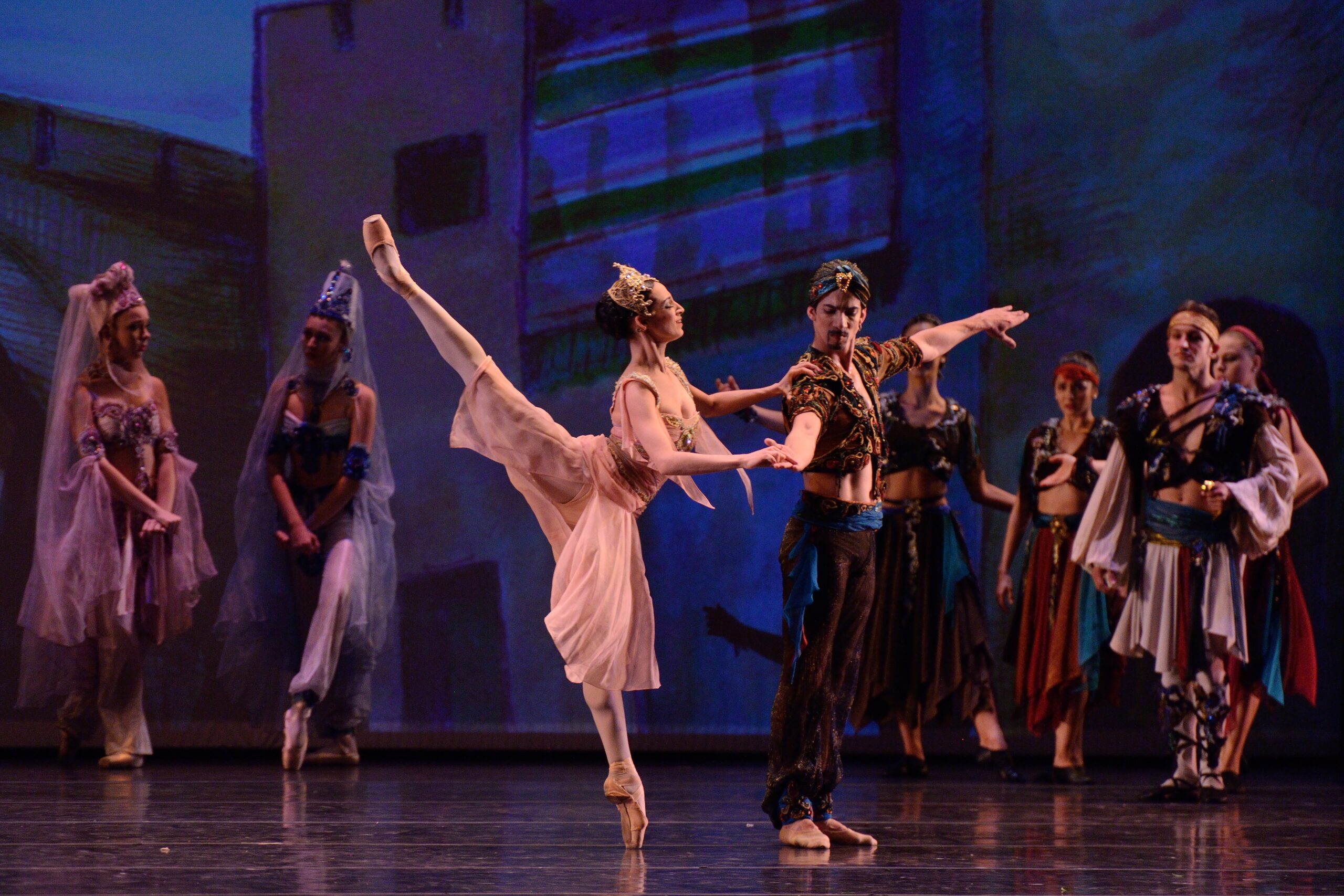 Cuban Classical Ballet of Miami (CCBM), under the artistic direction of Eriberto Jiménez, returns to the Miami-Dade County Auditorium on Saturday, June 11 at 8 p.m. to offer “Le Corsaire Suite,” the fourth program of its Season 2021-2022.

“Le Corsaire” (“The Corsair”) is a one-night ballet. In other words, it occupies an entire performance. It’s inspired by the homonymous poem by Lord Byron and premiered in 1856 at the Paris Opera, with music by Adolphe Adam and choreography by Joseph Mazilier.

No one remembers the original choreography, and the music includes additions from other composers such as Cesare Pugni, Léo Delibes, and Ricardo Drigo.

Sometimes the ballet is presented in its entirety, based on the versions made in Russia by Jules Perrot and Marius Petipa. On other occasions, it’s presented as a suite. CCBM has done it both ways. And some of its most famous scenes and pas de deux frequently appear in concert performances.

“Le Corsaire,” tells the story of Conrad and Medora, the captain of a corsair ship and a beautiful, enslaved woman. In this unique performance with guest dancers, Conrad will be performed by Humberto Rivera Blanco and Medora by Marize Fumero.

CCBM’s “Le Corsaire Suite” promises to include all the great moments of the ballet. Such as its two pas de deux, the famous “Le jardin animé” and the pas de trois of the odalisques.

It should be noted that “Le jardin animé” -with music by the French Delibes- has been part of “Le Corsaire” since 1868, but the famous “Le Corsaire Pas de Deux” -as it appears in concert galas – it is a creation of Agrippina Vaganova dating back to 1931. In short, each fragment of “Le Corsaire” has its story. 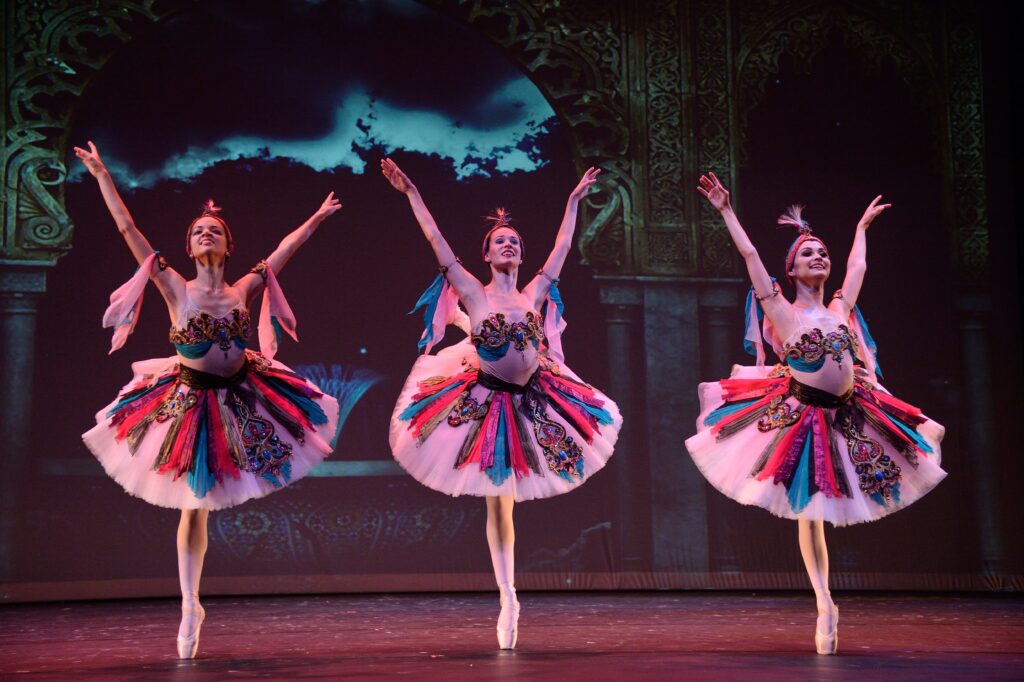 Also, it is worth remembering that Pedro Pablo Peña created CCBM in 2007 “with the mission of promoting and preserving the repertoire, technique, and style of classical ballet, as exemplified by the famous Cuban School of Ballet,” as stated in the press release.

Peña knew the world of dance in Cuba for having been part of it before settling in the United States and conceived the group based on two considerations: (1) ballet is the type of theatrical dance preferred by Cubans, and (2) Cubans don’t mind repeatedly going to see the same play especially if it is a classic title.

Because the most important thing is the cast, and one of the favorite pastimes of those who attend the presentations of the National Ballet of Cuba has always been to compare the artists’ performances.

To the extent that, instead of identifying the work by the name of the choreographer or the music composer, the most common way of doing it is to refer to “the ‘Giselle’ of [name of the protagonist].”

The preceding makes Cubans a very knowledgeable public, who enjoy without any problem the extroverted virtuosity of the Cuban School of Ballet while paying attention to the details that enrich individual performances. It’s a very peculiar -and funny- situation: everyone is a fan, and everyone’s a critic.

For those who are Cubans, this revival of “Le Corsaire Suite” is the opportunity to be both things again. And for those who are not, it is an invitation to spend a great Saturday night -good art is also entertainment- with one of the most successful CCBM programs. 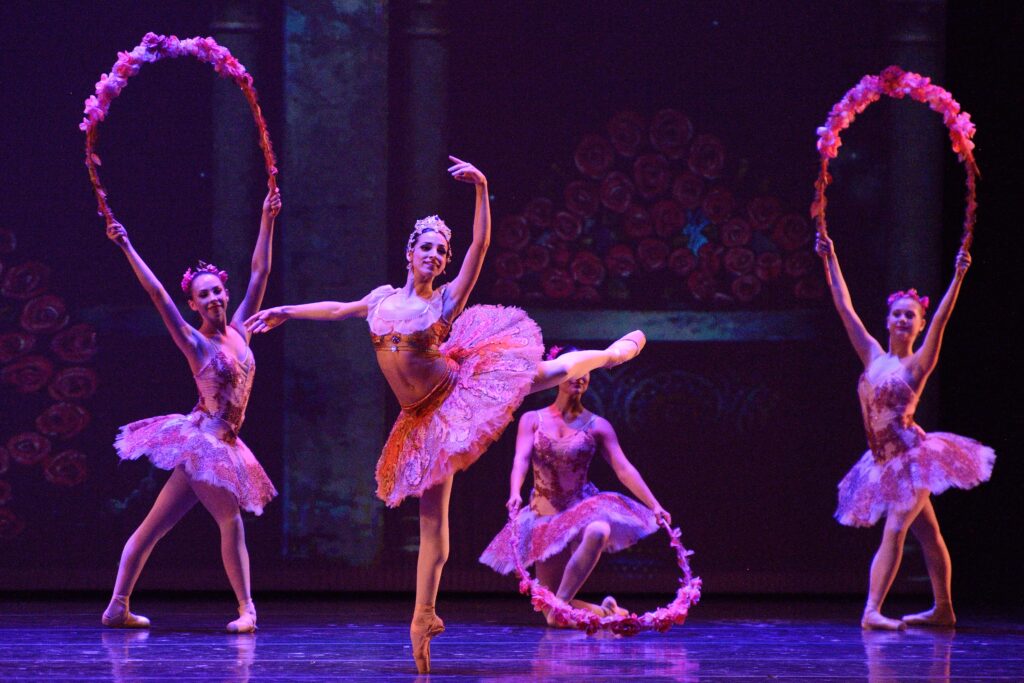 “El Corsario Suite” by the Cuban Classical Ballet of Miami will be presented on Saturday, June 11, at 8:00 p.m. at the Miami Dade County Auditorium. Tickets can be purchased at www.cubanclassicalballetofmiami.org, by visiting www.ticketmaster.com, or at the theater box office.