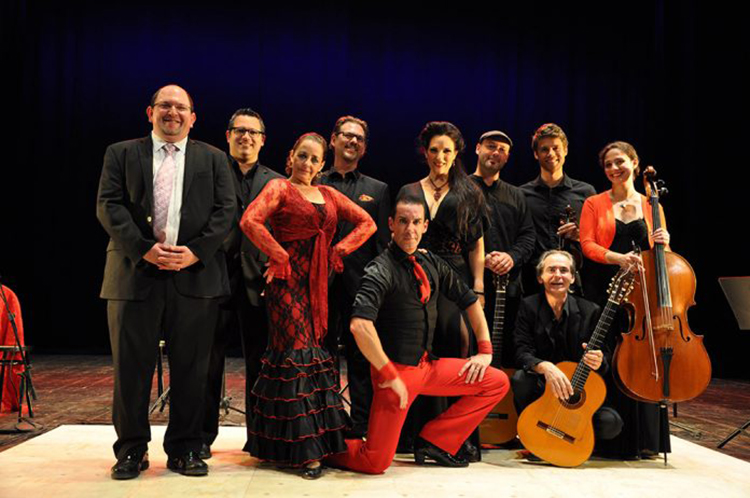 There was a period in time when Jews, Muslims, and Christians co-existed in a harmonious way in Medieval Iberia. Historians refer to this period as “La Convivencia,” and recognize it as a period of more than seven centuries that allowed for the exchange of cultural ideas between the three religious groups. (Yale University Library)

Flamenco Sephardit has its roots in La Convivencia, as it celebrates the union of an ancient language formed from Spanish Jews married to the thrilling art form Flamenco. Maestro Jeffrey Eckstein and Siempre Flamenco have developed Flamenco Sephardit, featuring a cast of international opera stars, guitarists, flamenco masters, and distinguished classical musicians, returning to Miami for its seventh consecutive year.

Siempre Flamenco describes flamenco dance as “traditionally a solo in which the dancer expresses the music in his/her own personal style.” As the musicians and dancers begin to improvise through the live performance, according to a strict rhythmical structure that is so recognizably flamenco, a dialogue is formed.

Ladino emerged from the songs exiled Jews composed in their adopted homelands using their old Spanish from the 1400s.

Flamenco emerged from the cries and sufferings of the Moors, Gypsies, and Jews after they were banned from Spain during the Spanish Inquisition.

Flamenco Sephardit explores similarities and differences in these two cultures, ensconced in the distinctive synagogue. 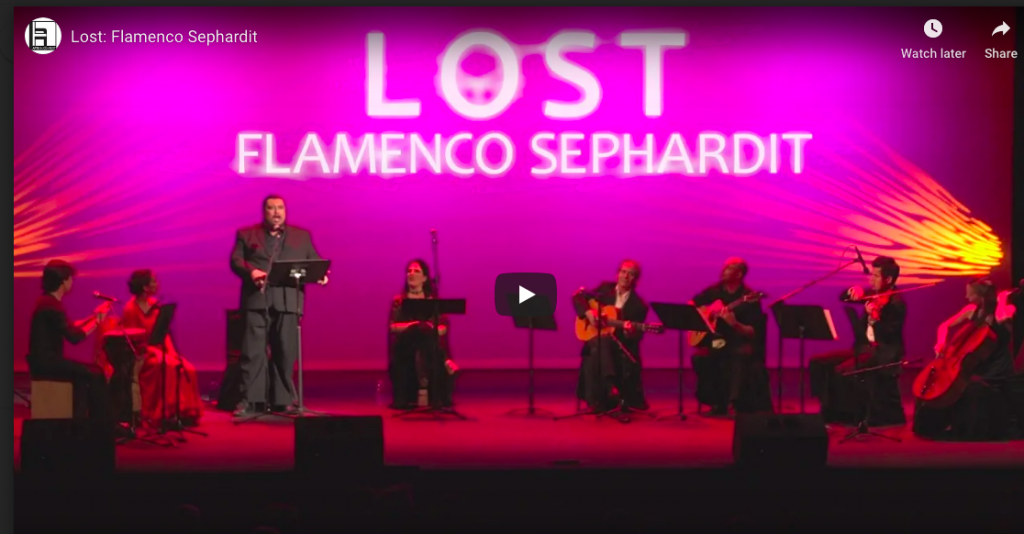 The performance will be hosted by Temple Emanu-El on Miami Beach; the synagogue is a fitting venue for a production that combines the elements of Ladino, a language originating from Jews exiled from Spain in 1492, and the uniquely Spanish dance style of Flamenco. The iconic temple features Byzantine and Moorish architecture, including “a rotunda building and copper dome that stands more than ten stories tall.” (Temple Emanu-El)

The producers are thrilled to welcome Flamenco star Jose Moreno to the cast; Moreno was born into a family of famous flamenco artists Estrella Morena (dancer) and Pepe de Málaga (singer), and began his flamenco career during his childhood years.

“We are so excited to welcome the incredible Jose Moreno to the cast this year, as well as our opera star Audrey Babcock who originated the role, and dancer Jorge Robledo who has an amazing chemistry on stage” said Eckstein.

“The message of Flamenco Sephardit has always been to bring people of diverse cultures and religions together, to remind us that we all have similar origins, and therefore should live together in peace,” said Maestro Eckstein.

Flamenco Sephardit feels like a step in the right direction.

Tickets purchased on January 26 th online or at the door are $35. VIP tickets are $65 in advance and $75 on January 26 th and include seats in the first 5 rows, a wine and hors d’oeuvres reception, as well as a meet and greet with the company.