Have you spotted the colorful posts around Coral Gables? 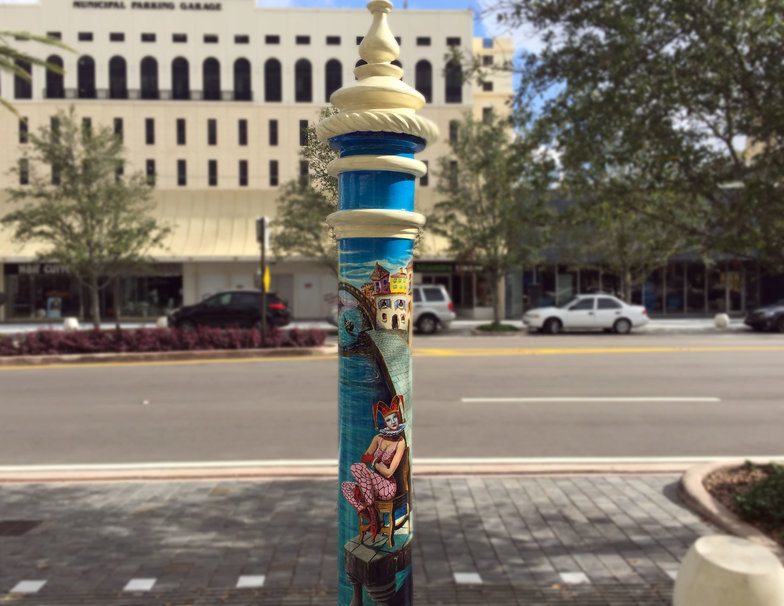 The City of Coral Gables is celebrating the completion of the Downtown Miracle Mile and Giralda Streetscape Project with an exciting art project, Venice in the Gables. Eight-foot-tall replicas of Venetian mooring posts (paline), resembling the picturesque canal posts for the gondolas of Venice, grace the streets of downtown Coral Gables for a temporary exhibit inviting visitors and residents to interact with the new streetscape. 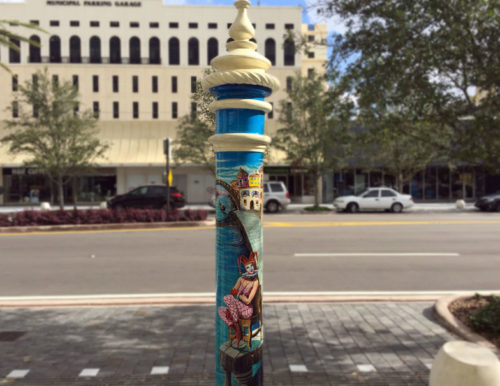 Harlequin in Venice by Ariel Celestino Hernandez. Photo by BID of Coral Gables.

It’s been almost a month since the colorful Venetian style mooring posts were first unveiled throughout Downtown Coral Gables. Have you spotted them? There are 33 in total and finding them then posting your find on Instagram has become a fun scavenger hunt experience.

Wanting to do something in the same spirit as the flamingos of years past the City of Coral Gables decided on something more sophisticated and iconic to Coral Gables.

“We decided on the Venetian style mooring posts because they were mandated for many years and have a deep connection to the architectural history of the community,” said Catherine Cathers, arts & culture specialist for the City of Coral Gables.

28 talented artists created 33 unique posts. Each artist activated a memorable design. Artists are from throughout Florida with many local. Some are graduates from Florida International University and New World School the Arts and a majority are working artists, which was a priority when choosing them. 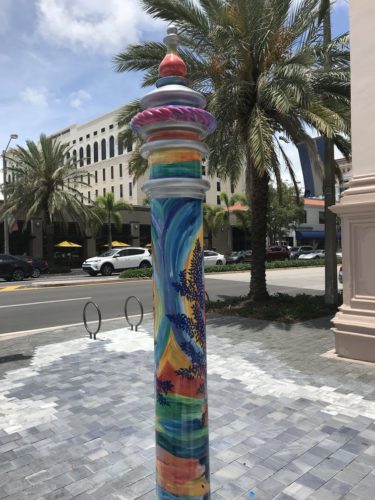 “The posts have been very well received by the community as well as by the artists who created them,” Cathers said.“We reached out to artists through different arts-based programs and spoke directly to New World School of the Arts which was a great opportunity for them. It was a very targeted approach,” she said.

Those on the hunt are encouraged to tag their finds on social media with #VeniceintheGables. The artists themselves have been photographing their posts and hashtagging them.

Several of the posts have already been purchased by several of the project’s sponsors and will receive the posts after the closing event in September where available posts will be featured in an auction.

The City of Coral Gables website features all the background on the project as well as an easy to follow map with the posts’ locations.

To learn full details of the project from concept to installation and find the map of the posts’ locations throughout Downtown Coral Gables visit:  http://www.coralgables.com/index.aspx?page=1415