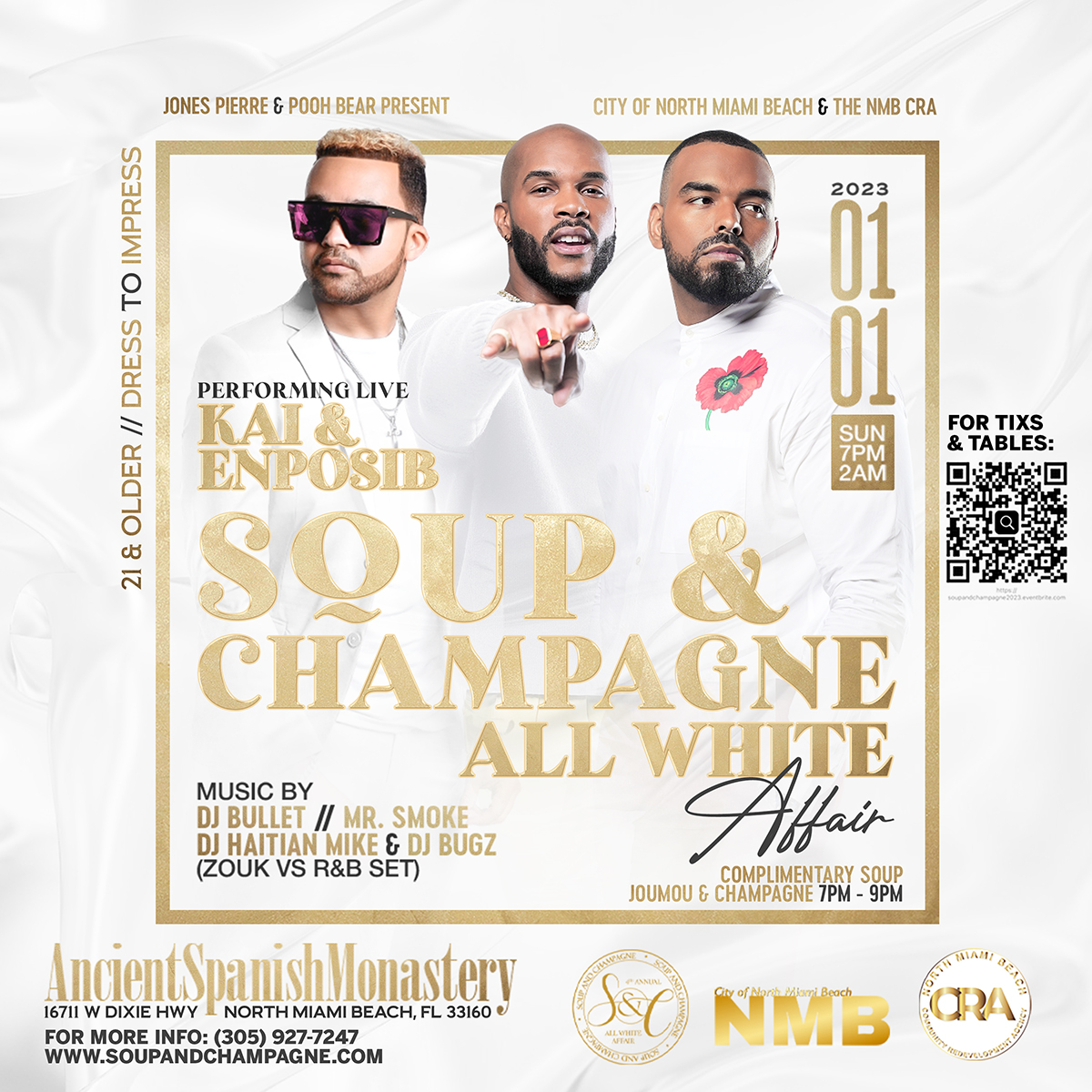 The fourth annual Soup and Champagne All-White Affair is scheduled for Sunday, January 1, 2023 at the Ancient Spanish Monastery in North Miami Beach.

The event will celebrate Haiti’s independence from France by serving up bowls of soup.
Jones Pierre, Soup and Champagne Co-Founder, said that he wants to bring awareness of the tradition to everyone.

“It started off with just an idea and four years later we are still building,” said Pierre. “It’s actually becoming something that people are looking forward to every year.”

While everyone else is ushering in the new year, the holiday is doubly significant for Haitians and Haitian-American households.

On January 1, 1804, Haiti became the first free black republic in the world after defeating Napoleon’s forces. Since then, soup joumou is traditionally served as a symbol of freedom as it was once a rich delicacy reserved solely for French plantation owners and slave masters.

The soup’s main ingredient is joumou, a pumpkin or winter squash, which is cooked, pureed and then served with a blend of Haitian spices, beef, and vegetables including carrots, cabbage, potatoes, or malanga.

At this year’s Soup and Champagne event, Executive Chef Rachelle Daoud Lexima will prepare the meal while infusing it with a blend of French, Lebanese and Caribbean undertones. Though soup joumou is typically made with meat, there will also be a vegetarian option.

Tickets for attendees are priced from $60 to $100 with partial proceeds benefiting the We Reach Foundation, a non-profit focused on humanitarian causes. 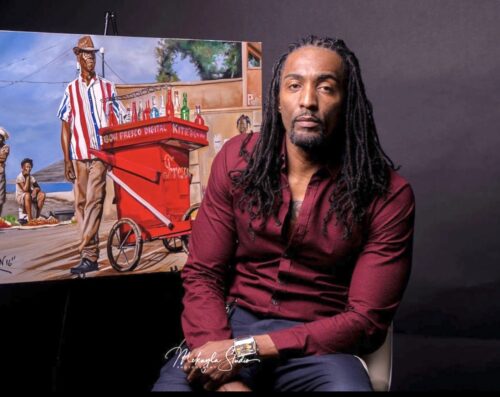 An art unveiling by Haitian visual artist Kervin Andre will also be held. Inspired by The Last Supper, the piece features several Haitian historical figures who all played prominent roles during the Haitian revolution.

For those who are looking for a taste of history, Pierre advises attendees to plan on being there in advance.

“Doors open at 7 p.m.,” he said. “There’s complimentary soup and champagne that will be served from 7 to 9 pm so if you do want to partake in that tradition, please arrive early. And then after the soup is done, we’re going to clean up the tables and we’ll turn up the party. This year we are featuring two of the top bands in Haiti one is Kai and the other is Enposib.”

Even the venue is historically significant. The Spanish Monastery possesses a French bell that was gifted to Haitian revolutionary Jean Jacques Dessalines in 1805.

Pierre said that Soup and Champagne is a great way to learn about Haiti’s long standing traditions, while sampling its food and mingling with its people.

“Haitian people are a beautiful people. We are amazing. We’ve endured a lot. And I want people to love us. Throughout history, you’re always getting negative images of Haiti. I want people to come out and see the beautiful side, from the light skinned white Haitians to the dark skinned Haitians, and the mix of people that also party and exist together. To celebrate and enjoy one cause, which is the tradition of Haiti.”