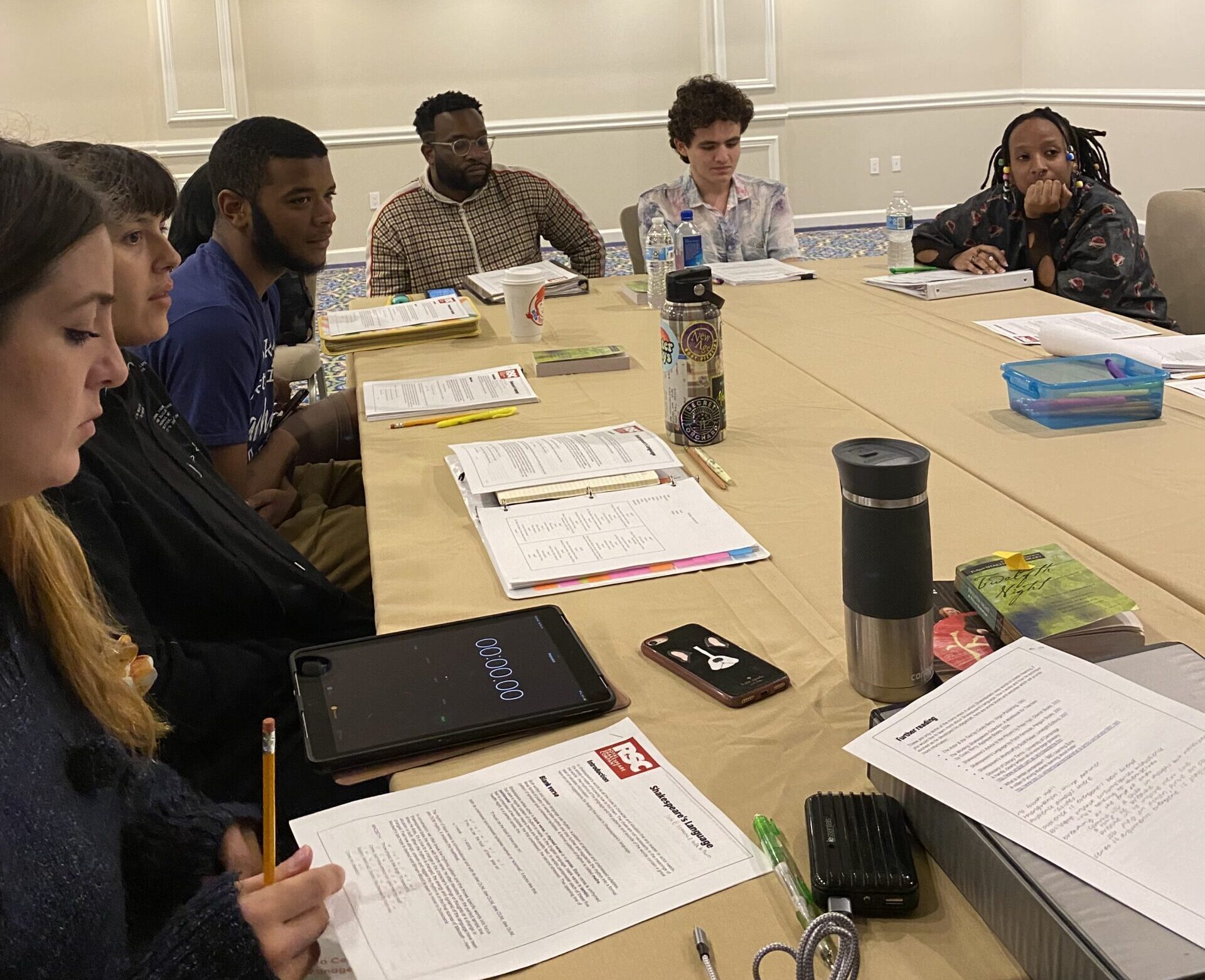 Since 2021 when Bari Newport became GableStage’s new Producing Artistic Director it was evidently clear that the organization’s Board of Directors top priority was education.

“The Board made it clear to me that education was really a top, top priority in terms of where the organization saw itself needing to expand. It was a real desire from both the board and search committee,” said Newport. That made her the perfect fit because she says she’s “had a lot of experience leading and developing educational programming and departments and I know what it means for a theater company’s relevance.”

With the generosity of the Perez Family Foundation and the CreArte grant, GableStage was able to launch new programs or reinvent existing ones.Those programs are geared mainly toward teens and include Ignite, Mainstage Student Matinees, Shakespeare in the Schools, Student Rush & Culture Show and a program for adult subscribers called Diary of a Production.  Readers interested in learning more can visit their website at GableStage.org.

Since the pandemic, GableStage has had to revamp much of its programming as well as rebuild their staffing. So much of what’s happening at GableStage is new, including a change in 98% of the company, which also helps to develop new programming.

Newport touched on the pandemic’s impact on their long-running student matinees, which were one of the late Artistic Director Joseph Adler’s most important initiatives. “The matinees were not done for several years because it got harder and harder for schools to leave campus and attend because of testing and other factors,” said Newport.

The matinees have returned with two student matinees presented for “We Will Not Be Silent”, which Newport says is “perfect for high school students.” Next they’ll offer matinee shows for the Spring production of “El Huracan (The Hurricane)” written by local playwright and Academy Award winner for “Encanto” Charise Castro Smith.

“Charise and Frank, our Set Designer for the Spring show, used to come to student matinees here. I’m also tickled and thrilled that so many sponsors have come on board and that these matinees are free for the students.” 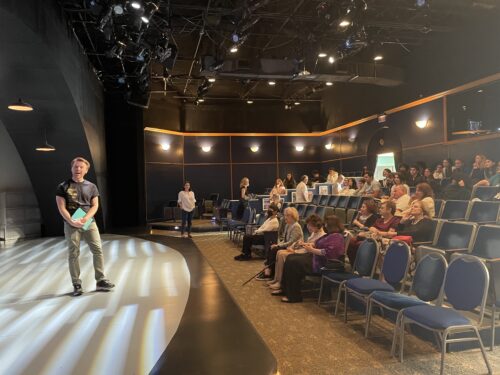 The Friday morning matinees were added with funds from the Perez Family grant. Newport explains that the funding helped them hire a dramaturg to create study guides for the students, provide a curated conversation around the performance, and add creative time to accompany the shows.

A brand new program, “Ignite” happens both in school and at the theater. Through it, Newport hopes to “ensure that serious Miami theater people, in this case high school juniors and seniors” will consider Miami as a cultural hub, and choose to live and thrive here after completing their education.

The program is about igniting the passion & knowledge about all the jobs associated with a theater company, while generating opportunities within that industry here in Miami. “We want students to know about working in various aspects in the theater. This is our pilot year for the Ignite program with Coral Reef High School with 56 students & four teachers and we’re already in talks with other schools for next year,” said Newport.

During the program, students come to a regular matinee and then GableStage sends a teaching artist to the school where they focus on one specific aspect of the play. At Coral Reef they’re working with a dramaturg and going through all the aspects of that job from beginning to end.

The CreArte grant allowed her to hire an artistic programming associate who she says is the person playing catcher for her on all these programs. She’s administering and coordinating all these new educational programs in addition to the ones they already do before every performance.

“This is how we educate our theater audiences and these pre-talks have become extremely popular attracting an audience of between 70-75 people. They’ve really grown,” she said.

They’re also launching an adult program “Diary of a Production” specifically for subscribers. It is a class that they’re launching during “Doll’s House Part 2” that is similar to the teens Ignite program but for adults. “It’s a six-week program where participants learn all aspects of producing a show from beginning to end,” she said.

For Newport, theater is not entertainment, it is arts and culture and is a service to one’s community. “Our job is to be the center of imagination. Having a center for imagination is a critical piece of having a functioning society.”