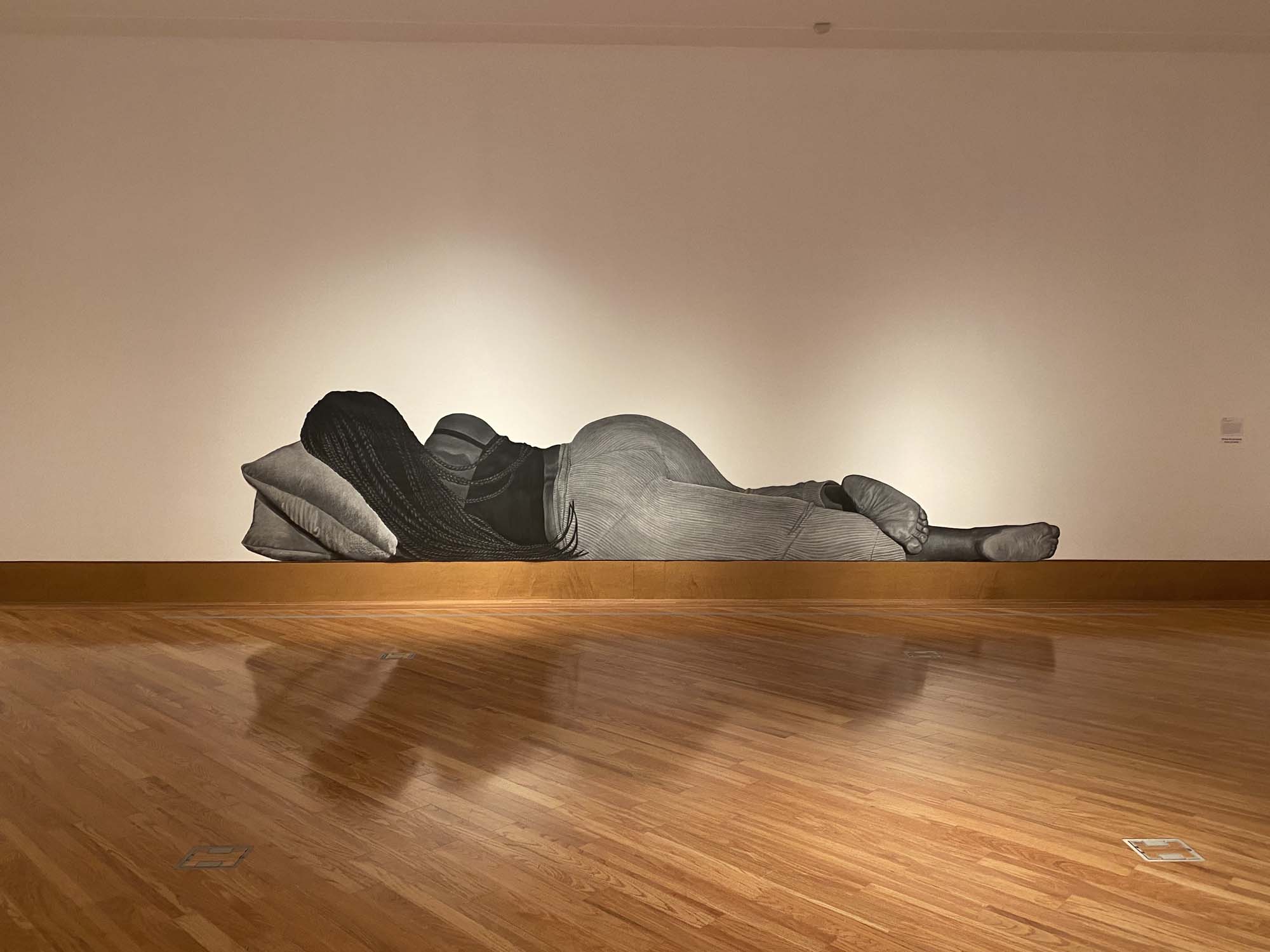 Before Art Basel, before there was a thriving Miami Arts Scene, artists in South Florida relied on word of mouth and the whisper of opportunities.

They cultivated contacts, cobbled ways to showcase their work, and gingerly fostered a sense of community.

For most, it was touch and go, until one woman helped to change that.

Propelled by a profound love of art and those who create it, Ellie Schneiderman, launched a grassroots campaign to bring artists together. 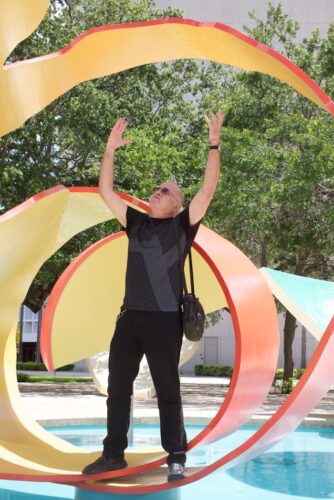 César Trasobares, whose career spans over 40 years, witnessed firsthand how much she made an impact.

“There was no organized art scene,” said Trasobares. “There were a lot of artists that were disenfranchised, so it was a rescue mission in some ways. Ellie understood that artists needed to be in a public pathway. She was adamant that artists didn’t have to be [in their homes] and that they could be right there on Lincoln Road.”

For many, it was only fitting when Oolite Arts launched their annual The Ellies, Miami’s Visual Arts Awards, to honor her legacy. Now going on its fourth year, Schneiderman continues to contribute to an arts scene that she cherished.

“We lost Ellie last year and I’m proud of Oolite for naming this award [after her] which has put over $2 million into the [arts] community…,” said Dennis Scholl, President & CEO of Oolite Arts.

He said that this year’s awards, in particular, offers a hand up to those who have been hard hit by the pandemic. A total of $500,000 has been distributed amongst 46 winners.

“Artists have been really under a lot of pressure,” said Scholl. “I think that that kind of pressure impacts creativity and so I think that the Ellie’s this year mean a little bit more in the sense that these are artists that, despite the adversity that they’ve been facing, sat down, and crafted an award winning idea. For me, that’s very meaningful. A lot of artists have special ideas but never really put them into play.”

The Ellies Awards are divided into four categories: the Michael Richards Award, the Social Justice Award, the Creator Awards, and Teacher Travel Grants.

Trasobares, who received $75,000 for the Michael Richards Award, said the honor was an unexpected one. His award recognizes Miami-based artists who have continuously given back to their communities.

“I am delighted I was chosen,” said Trasobares.  “I did not apply and I did not lobby so it was a big surprise.”

Trasobares’ pieces include constructions, sculptures and drawings that tap into issues that offer insight into diverse thoughts and ideas. His work can be found in international museums and exhibitions as well as in private collections.

As an art activist and curator, Trasobares has also used his experience to engage and assist fellow artists while encouraging them in their individual pursuits. Overall, he believes that the role artists play is an important one.

“Artists bring conversations to society that other people do not,” he said. “They bring their vision. They take risks.  Artists bring an awareness and insight into how we see ourselves in society.” 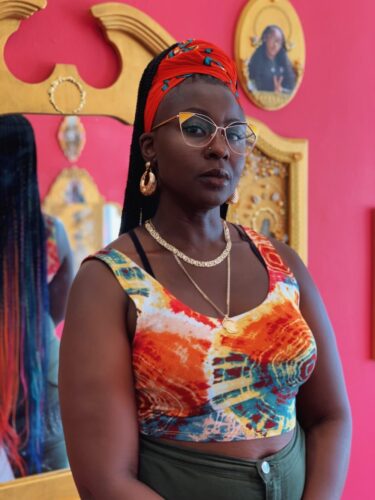 Loni Johnson, the recipient of the $25,000 Social Justice Award, would like a part of that conversation aimed towards the vulnerable. She uses her multi-disciplinary practice to focus on issues affecting black women and girls. She is being honored for her dedication to working towards equality

She remembers what it’s like to feel, hopeless and voiceless.

“I thought I was cursed because I am dark skinned,” said Johnson.  “I spent so much in my young black girl life trying to make myself small. I didn’t want to bring attention to myself because I didn’t necessarily love myself. I didn’t like the body that I was in.”

Today she urgently seeks to provide a voice for those who are clamoring to exist. This is why she does not take her gifts for granted nor does she feel she has a moment to waste. 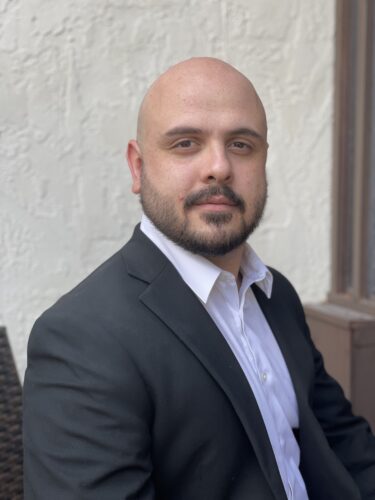 Miguel Yurrita is also using his artistic talents for a higher purpose.

The recipient of the $12,000 Creator Award is informing others about Operation: Pedro Pan in a graphic novel written by Andre Frattino.

Yurrita received the funds as part of a larger group of artists chosen to receive the Creator Award. The grant awards are offered in various amounts for significant visual arts projects.

“It’s a little surreal” said Yurrita with a laugh. “This hasn’t really set in for me yet.”

Entitled “WE ARE PAN: A Pedro Pan Story,” the book is inspired by the relocation of 14,000 Cuban children who were sent to Miami by their parents to escape Fidel Castro’s communist regime.

Yurrita said that he learned a lot during the conception of the project.

“I wasn’t taught about it and honestly I don’t know why it’s not taught more,” he said. ”I feel like it was a courageous thing and a lot of people were able to save their children. That’s why I’m glad that we could write this book and hopefully shine a light on it.”

Yurrita said that the project has not only opened his eyes to the broader implications of political policies but to other lessons that are equally as important, such as it’s okay to agree to disagree.

Yurrita hopes others will also learn from this turbulent period in history.

“I’ve learned how cruel we can be once we get into power no matter what side you’re on,” he said. “Just because someone’s on the opposite side of whatever it is you stand on that doesn’t mean they should die for it. There’s a line where  we can disagree but it shouldn’t go farther than that.”

He also notes how far parents will go to give their children a better life.

“America is seen as the land of opportunity, so these parents wanted to give them a leg up in a better country. It seemed like a golden ticket and so they mainly wanted a better future for their children.” 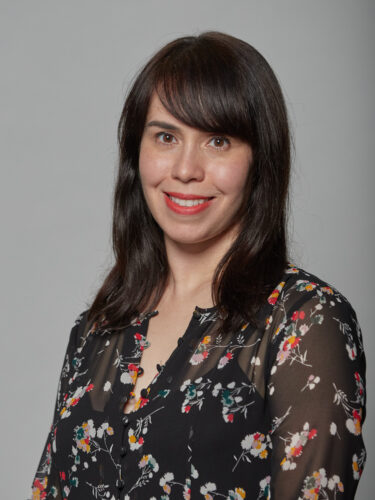 Ensuring that youngsters achieve a better way of life through the expansion of their artistic horizons is Ania Moussawel’s passion.

She is one of three applicants that received a $5,0000 Teacher Travel Grant from the Ellies Awards. The funding allows educators to travel for professional development in order to heighten their classroom curriculums.

Moussawel said she was stunned when she learned that she had been selected.

“I couldn’t believe it when I got the call,“ said Moussawel.  “I’m thrilled and really excited. It’s a big deal and I’m just happy to be a part of the group of artists.”

Her goals include introducing her students to the world of Japanese photography by traveling there, immersing herself in its history, and learning about contemporary artwork and aesthetics.

She plans to use anime and other popular aspects of Japanese culture as a way to engage her students. “In my classroom I try to inspire students, showing them artists of all backgrounds,” said  Moussawel.  “It’s important to also introduce them to a variety of artists, including Asian artists. I think they will be really excited because they’re so into Japanese culture. I think they will really connect with the lesson plan later.”

Scholl is excited to see how all of the artists will use their funding and believes that Schneiderman would be proud.

“I hope she’s looking down and saying…we’re helping artists help themselves.”