Founder of Iluminarts Amanda Crider Tackles the Subject of Honesty 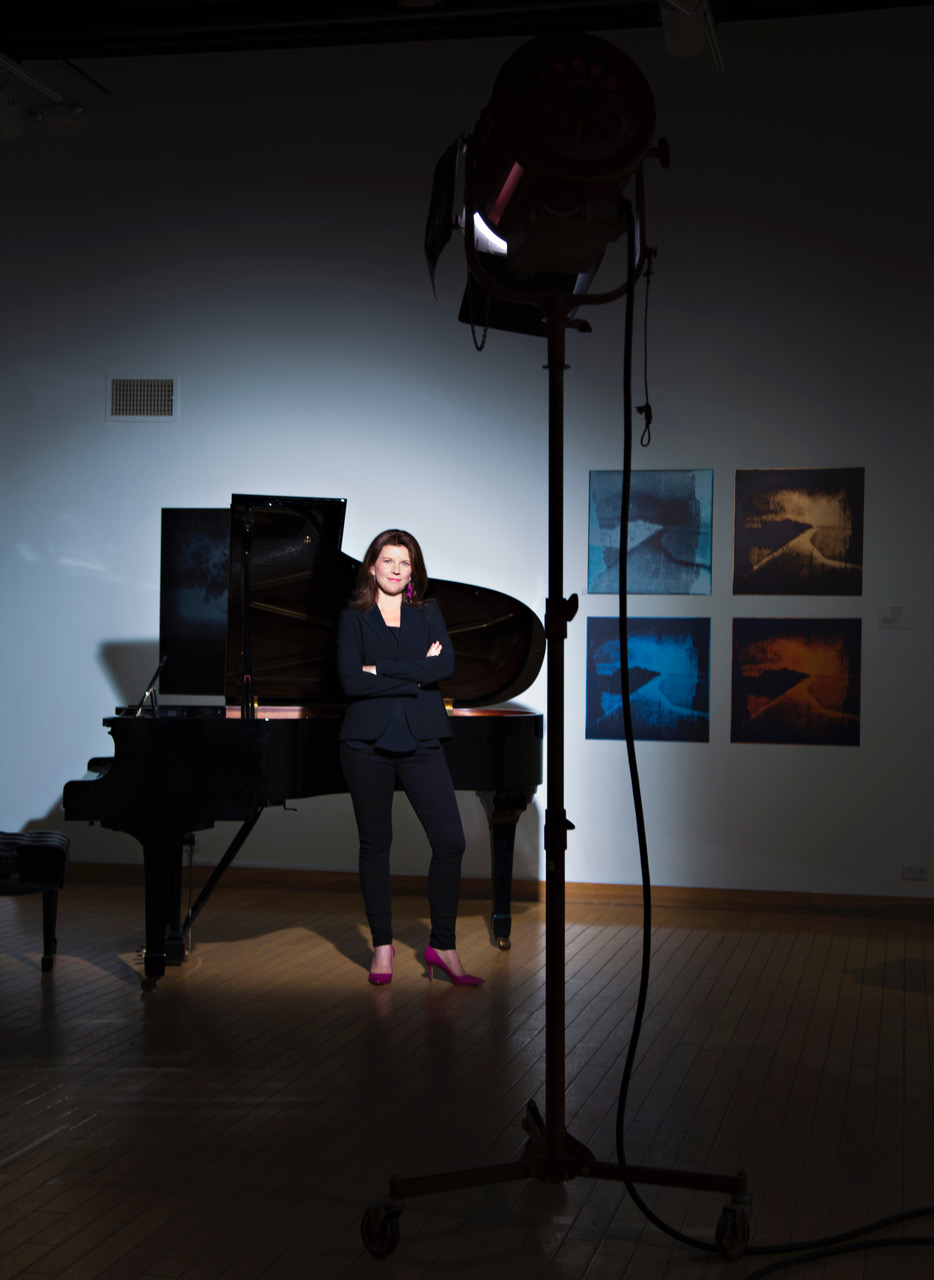 Being open and honest as a performer is the ideal way to truly connect with an audience, which was the subject that Amanda Crider tackled at a recent Creative Mornings event.

Crider is an opera singer who founded Illuminarts, a concert series that combines art and music with performances at museums and galleries, in 2013.

She jokingly kicked off her talk saying “politics and online dating are two things most people aren’t honest about.”

Following that ice breaker, she delved into the evolution of her career and pivotal roles that she’s played throughout.

“I was in the fight of my life when I portrayed Carmen (a role she’s played twice),” she said. “I can be much more myself on the stage when I’m not playing myself.”

She also played Alma in the opera version of “Persona” by Ingmar Bergman, where she said “going crazy on stage was liberating, I tapped into a feeling of deep despair.”

She’s also played Cinderella twice and even the part of young boys in several operas, roles regularly played by mezzo sopranos to showcase the boys changing voices. Among the roles she’s played are a Russian prince and a young boy in “Figaro.”

Performing has been in her blood since she was a child and it runs in the family. Her mother was a musician and at two years old started Crider on the violin; from the ages of 3-17 she was also a ballet dancer.

“I feel the music in my body. I played the piano at six years old and it felt like my place,” she said.

She studied at Syracuse University where she recalls that her passion chose her. In her junior year however, she developed stage fright. During that scare she decided to take voice lessons. She then moved to New York and attended the Manhattan School of Music. She spent 10 years in New York, then was a Young Artist with Florida Grand Opera in 2008.

In 2013 she created Illuminarts, billed as Miami’s Art Song and Vocal Chamber Music series. They collaborate with museums and galleries to present site-specific programs of music that are inspired by the current exhibitions of visual art.

During the performances, performers walk through the space and immerse themselves into the space’s current exhibition.

“My goal through Illuminarts is to make art that connects to other humans and allows performers to be brave and honest,” she said.

Visit the Illuminarts website at http://www.illuminarts.org to keep up with their schedule of events for the 2018-19 season.