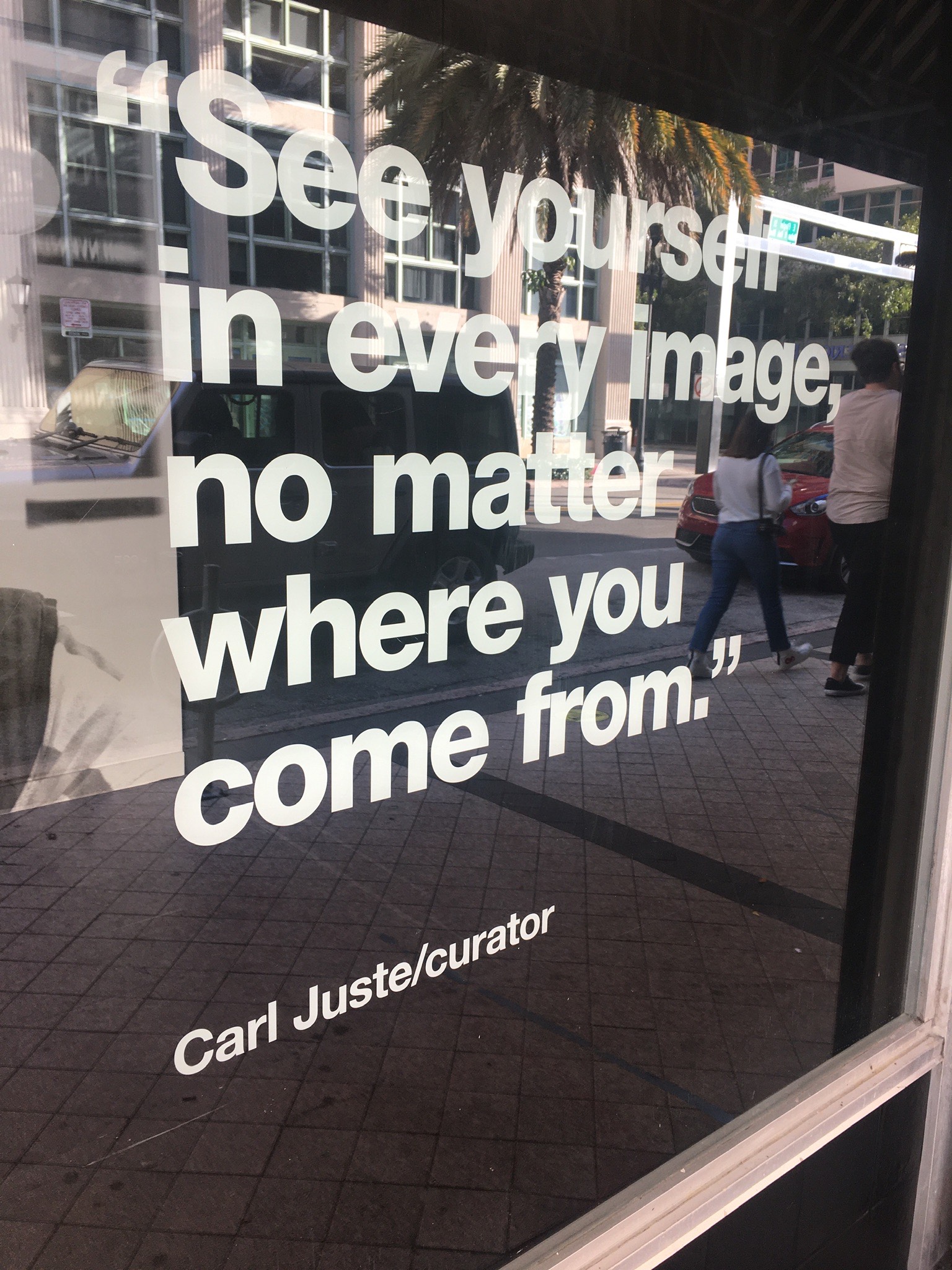 Like similar efforts in Miami Beach and Coral Gables, empty storefronts have become opportunities for creatives to showcase their work. (Artburst wrote about the Miami Beach project, click here to read the article.)

In Downtown Miami, The Miami Downtown Development Authority has launched the Alt-B along Flagler Street. With the absence of Art Basel, DDA Executive Director Christina Crespi wanted a way to showcase art in Downtown.

“I started thinking about what we could do, using Downtown Art Days normally held in September for inspiration. As I walked along Flagler St. pondering what we could do, I realized Alt-B could be a great alternative to Basel,” said Crespi. “I wanted to focus on local artists and bring them and our local community back to Downtown.”

The vacant storefronts along Flagler Street were the perfect venue for her idea, using them to showcase dancers, painters and musicians. In essence, turning them into one-of-a-kind studios and performance venues “where they can share their works with audiences from a safe, outdoor distance,” she said.

The next step was asking business owners for use of their storefronts — and they all said yes. “They’ve all been amazing partners. We got close to 60 applications including visual arts, music, dance and recording studios,” said Crespi. “It’s helping us bring locals back to Downtown.”

Helping the DDA in their efforts to put this all together were the Perez Art Museum Miami and MANA Contemporary. “The leaders from both those institutions helped us with the selection of artists,” Crespi said

Each storefront display features a QR code for scanning to purchase items or learn more about a particular project or exhibition.

Currently showcased along Flagler Street are:

Urban Tranquility: Photographs by C.W. Griffin – a partnership between Iris PhotoCollective and HistoryMiami Museum, curated by Miami Herald photographer Carl Juste. The exhibition is the exploration of a one-block area of downtown Miami surrounding Government Center, an area that provides both graphic and visual movement and a sense of serenity in the busy urban core. 114 E. Flagler St.

“We are honored to feature the work of C.W. Griffin in our display. It is our hope that the storefront will pique the interest of passersby and encourage them to walk just a few more blocks down Flagler Street and discover the open air photo exhibition prominently featured on the HistoryMiami plaza,” said Michele Reese, marketing director at HistoryMiami Museum. “There are so many places to explore in our urban core, and this storefront project offers a glimpse at one of the many exciting institutions waiting for residents and tourists alike in our vibrant downtown.”

Magic City by Jacquelyn Carmen Guerrero – The Hialeah-born and Chicago-based interdisciplinary artist investigates Caribbean heritage and queer identity through installations and performances that create spaces for transformation. “Magic City” highlights the artist’s use of sequins and beadwork from 2015 to present. 125 E. Flagler St.

“This was a great opportunity to show my first exhibition in Miami,” said Guerrero. “I’ve shown in other cities but never had a full-on exhibition.” She is also selling her artwork through the storefront. Guerrero also runs Trqpiteca, an event company with partner Natalie Murillo, serving as DJs and producers of events that incorporate installation art, video, dance, music and performances.

Seeing Sound/Eating Color by Rafael Vargas Bernard, Felipe Aguilar, Nick Hardeman – By FilmGate Interactive, the exhibit lives at the intersection of storytelling and new technology. It is the goal of the FilmGate Interactive Media Festival to focus on Downtown Miami as an art and tech hub and to exhibit some of the most innovative experiences in the city. 129 E. Flagler St. 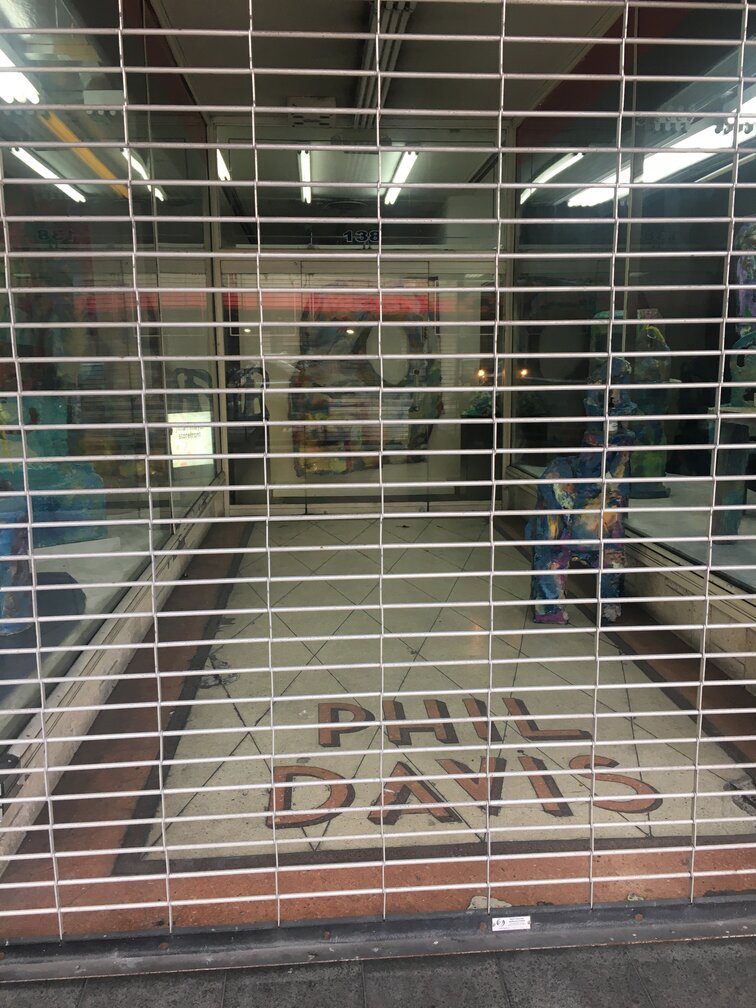 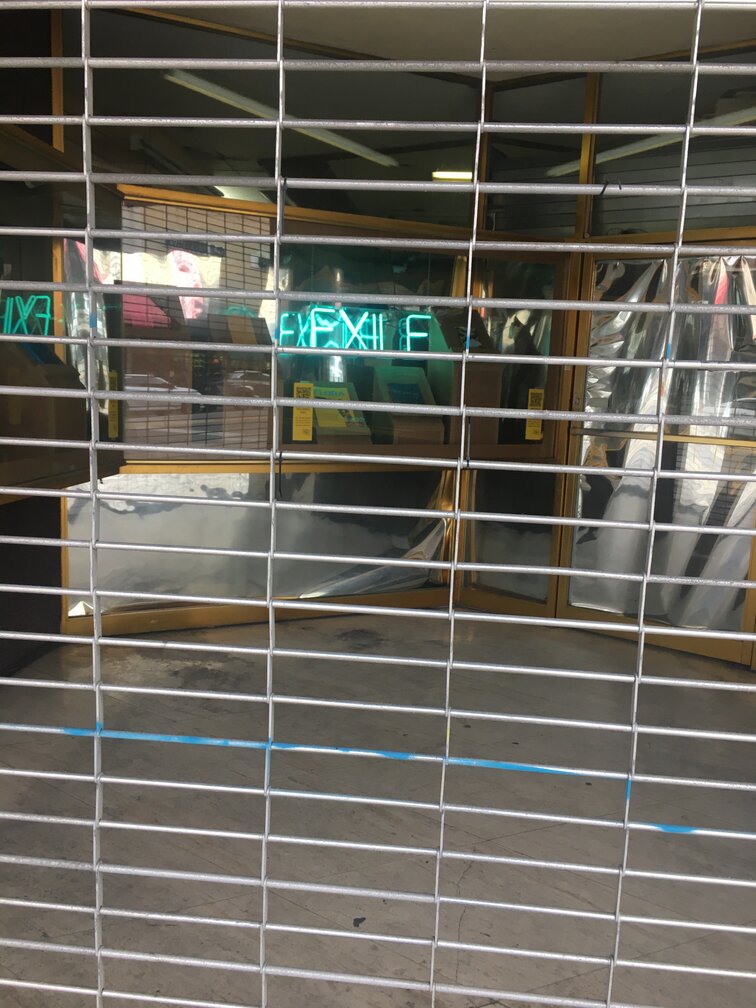 In addition to the storefront displays, the Alt-B project will also feature street stages at Exile Books at 132 E. Flagler St., in the Olympia Theater ticket booth at 174 E. Flagler St. and at the Alfred I. Dupont Building at 159 E. Flagler St. 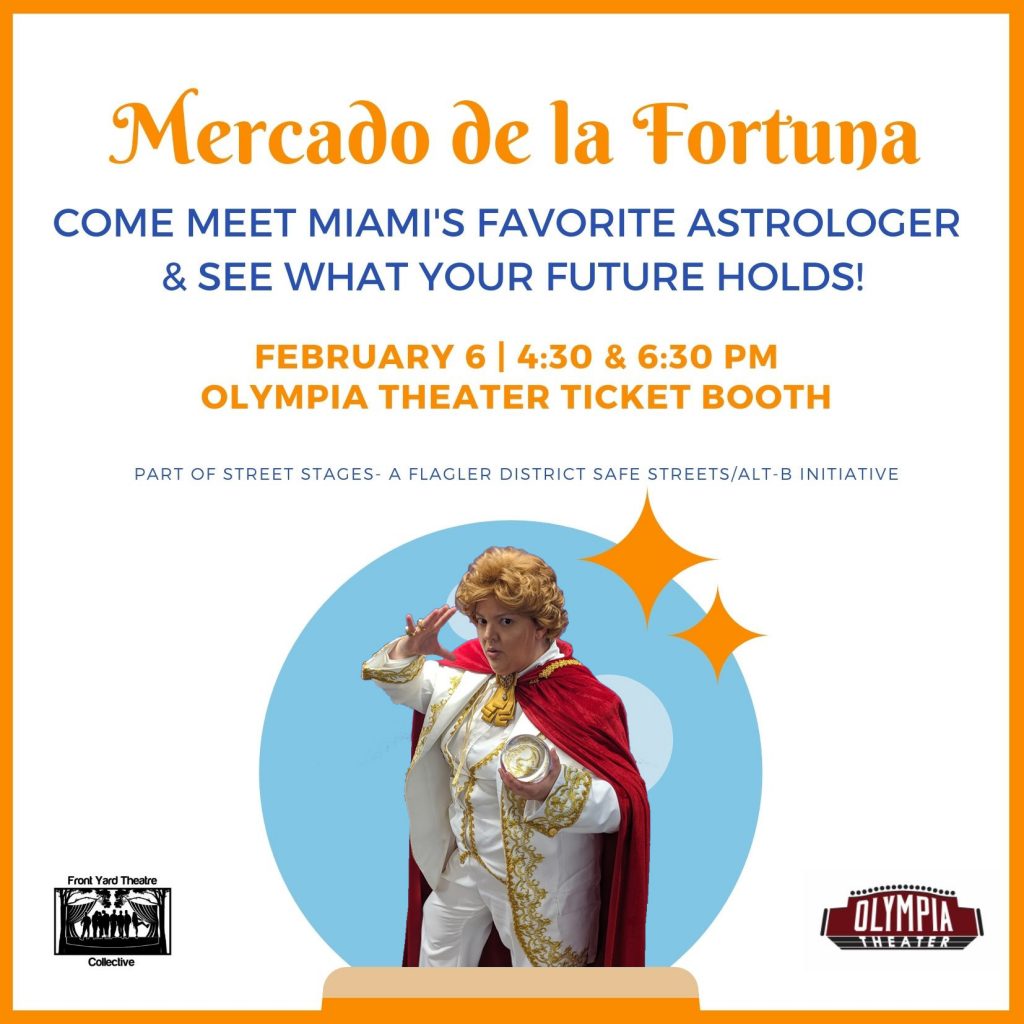 Performances will run from Feb. 5 to March 31 from 4-8 p.m. Kicking off the performances will be cellist Guy Michel, feminist reggaeton duo and performative art project Liz Ferrer and Bow Ty who go by the name Nina, singer Ha1ley, actor and improvisor Diane Jorge performing “Mercado de la Fortuna” and Kassi Abreu a dancer/choreographer/director/aerialist and KasDance Project.

Diane Jorge, a performer with Front Yard Theatre Collective at the Olympia Theater and Just the Funny, is paying homage to late astrologer Walter Mercado in her performance.

The Olympia Theater’s iconic sidewalk ticket booth will be transformed into the “Mercado de la Fortuna” booth. Jorge will be performing two half hour shows at 4:30 and 6:30 p.m. on Feb. 6 and 13.

“I will be dressed as Mercado and giving out fortunes to passersby from inside the booth. Think of Zoltar from the movie ‘Big,’ except it’s a booth with a live person dressed as Walter Mercado,” said Jorge.

Learn more about this project and find out about upcoming performances at the Miami DDA website.