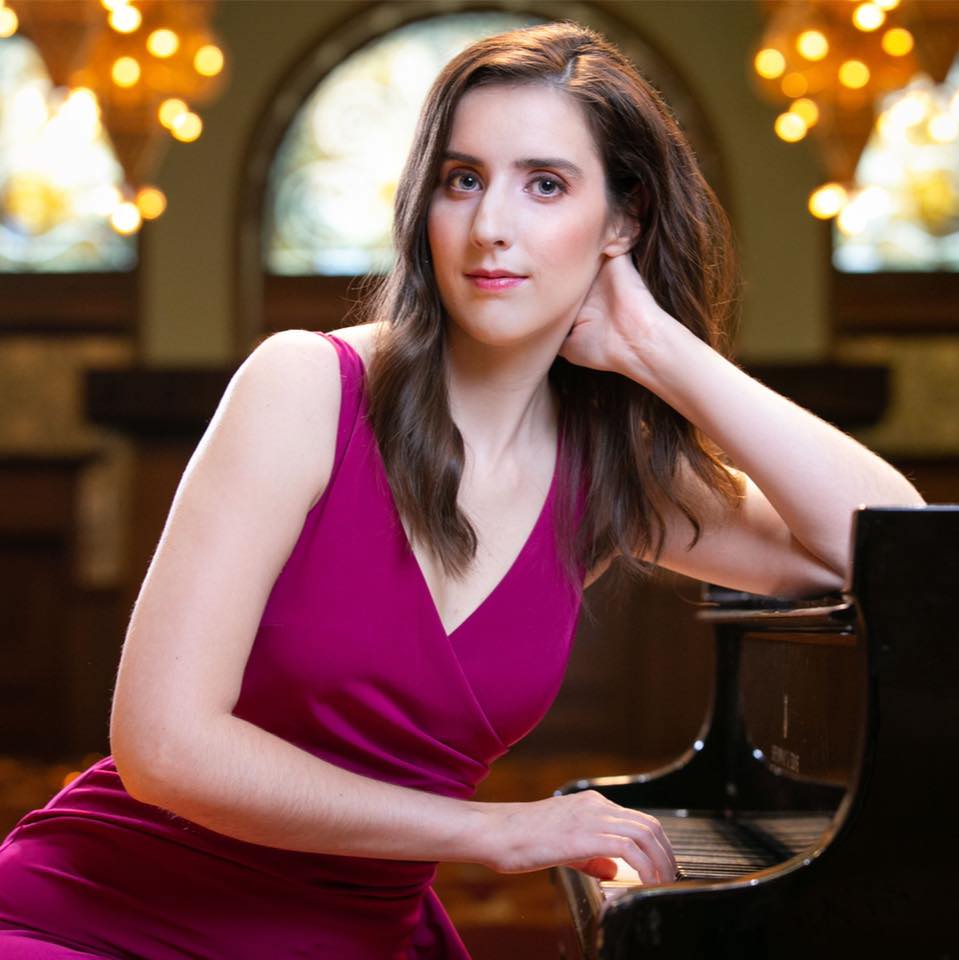 Before that, as an FIU student of Artist-in-Residence and Professor Kemal Gekic, as well as Professor Dr. Jose Lopez, Miodragovic won the school’s prestigious Concerto Competition in 2017.

Because the competition was online, she prepared a bit differently. She polished her pieces, practiced extensively, took lessons and master classes with high profile musicians, and spent hours listening to her recordings “to ensure they matched my vision for the pieces,” as she explained.

Her ultimate goal? “Were my pieces emotionally charged, technically proficient and clean while also having something to say? I had to make sure to find that balance,” she said.

The judges loved the passion she poured into the piece. She discovered the piece she won with at FIU, while she was pursuing her master’s degree. The sonata she performed can be viewed on her YouTube page.

Both Lopez and Gekic were instrumental in her success as a student at FIU as well as her current musical career in her hometown of Chicago.

Her professor Mr. Gekic, who has been at the university since 1999 and is revered in the piano competition world, was the reason she attended FIU. Before coming to the United States, she already knew of the very respected pianist Kemal Gekic.

“Kemal Gekic accompanied me in the FIU Concerto Competition of 2017,” said Miodragovic. “In Serbia, he is a superstar.”

Performing to worldwide audiences and as a representative of the Miami International Piano Festival, Gekic accompanied her in the 2017 FIU Concerto Competition and Lopez’s offer cemented her place at FIU.

“Dr. Lopez offered me a full scholarship via a teaching position. This is honestly the first time I started teaching in 2015 and I was there until 2017. They filled up my work with teaching piano to music majors in the undergraduate program,” she said. “I also taught aural skills, like rhythmic and harmonic dictation.”

Back in Serbia, she also had the opportunity to take a few classes with Jokut Mihailovic, a Chopin master, during her winter seminar. The classes with Mihailovic, a music graduate of the Moscow Conservatory Tchaikovsky, and eventually playing for Mihailovic have been highlights of her piano career.

Her passion for music began as a little girl, even before she played the piano. “My parents said I would dance instead of walk, they said I did this in my bed,” she said. “The rhythm and movement really spoke to me. To this day, when I cannot fall asleep, I play classical music, it relaxes me, and it also grounds me and helps me have a purpose and goal.”

She admits that a career in music is hard works and sometimes it is a struggle and definitely requires a lot of patience, which does not come naturally to her.

“I’m grateful to have music in my life. I have to feel what I’m doing is making a difference and creating something beautiful,” she said. “That is why I created ACES Chicago (Artistic Concerto Ensemble Stars), because of our focus. The experience is much more intimate. Instead of just a piano accompanist and a soloist, the sound is much more like an orchestra.”

Through ACES, they are recording short videos of soloist’s works. They also want to perform both well-known and lesser-known works as well as commission some works.

Miodragovic’s parents moved to Chicago in 2008. When she returned after attending FIU, she got a teaching job at Columbia in Chicago until 2019.

With all this on her plate, she still finds time for another goal of hers, recording a CD. She is currently compiling the repertoire and will then practice the full recital program and look for feedback before recording.

“It will be about a year of work before the actual recording. I’m giving myself all of 2021 and then recording in 2022,” she said. The CD will include composers from the Balkans and will be classical with perhaps some folk material. The focus will be on lesser-known works and include both male and female composers.

She will be practicing for her CD and any future competitions on her Yamaha C2 baby grand piano at home.

“I hope to record a lot of CD’s and they will represent different composers and places and will in turn teach me about different cultures in different parts of the world. I want to learn about the world through this music,” she said.

Sounds like she will be busier than normal, tickling the ivories of her Yamaha baby grand.

Learn more about Monika Modriagovic at her website and about ACES by clicking here.