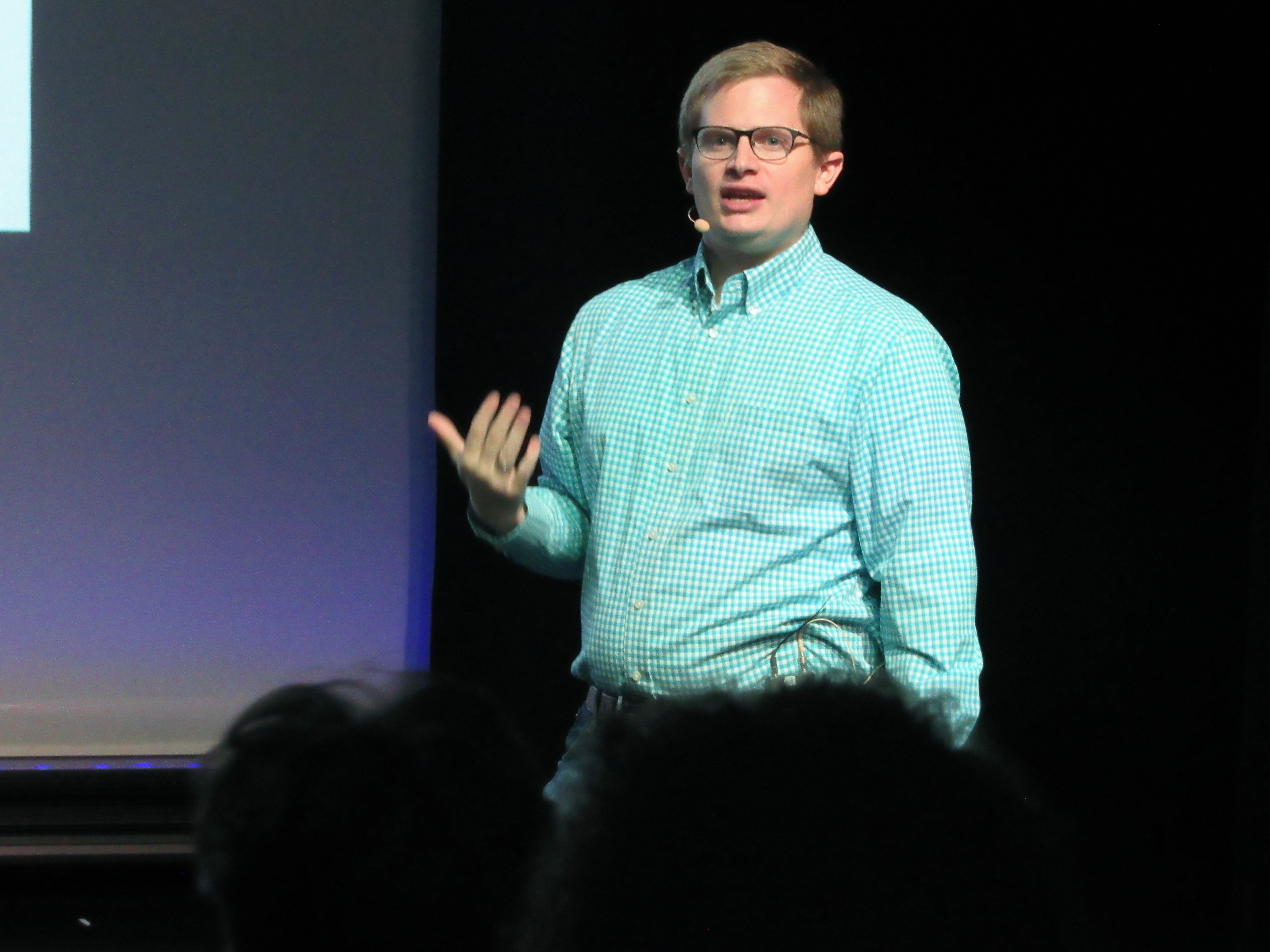 In his role, Mr. Lord oversees field education, capacity development cohort building for local arts administrators and advocates in 5,000 communities across the United States. That brought him to the Sandrell Rivers Theater for a presentation about the value of the arts in a community and examine arts, culture and social impact.

He enlightened the artists and arts leaders in the audience that morning by stating that arts have a significant economic impact and that social impact covers the full spectrum of arts impact. That, in a nutshell, is the focus of his work at Americans for the Arts.

His work is to look deeper into the way arts impacts social communities and the different paths of that social impact. For example, in the United States, a significant amount (60%) of money arts organizations make comes from earned revenue – people walking through the doors and attending an event.

One unfortunate finding was that the results of a 2016 survey of Mayors in 100 resilient cities that asked what are “The 10 most Important Issues Facing Cities,” the arts were missing from that top 10 list.

The arts were also missing from another poll that identified five key important factors in people’s lives. Lord said however, “we’re working to prove that art can go across that pyramid spectrum. Arts has an abstract vs. specific value problem.”

They’re working to prove that through the New Community Visions Initiative where they examine what role the arts can play in partnership with other sectors in keeping communities vibrant, healthy and equitable over the next decade.

“It’s meant to show how arts can flourish in a community alongside the community itself,” said Lord. “The arts have been part of the issues with race relations yes, but they can also help with that issue.”

One very positive example of the arts on a community Lord said, “is when the concept of ‘framing science’ is implemented like with the juvenile justice system and how it was responsible for a complete overhaul of the system.”

Clay closed by stating that without investing in the arts “you’re in essence neglecting your community” and he asked all in the audience to “examine closely where we all fit in the cycle because the arts are crucial to innovation.”

For a closer look at the initiatives mentioned here and other vital studies of the arts in community, visit the Americans for the Arts website https://www.americansforthearts.org